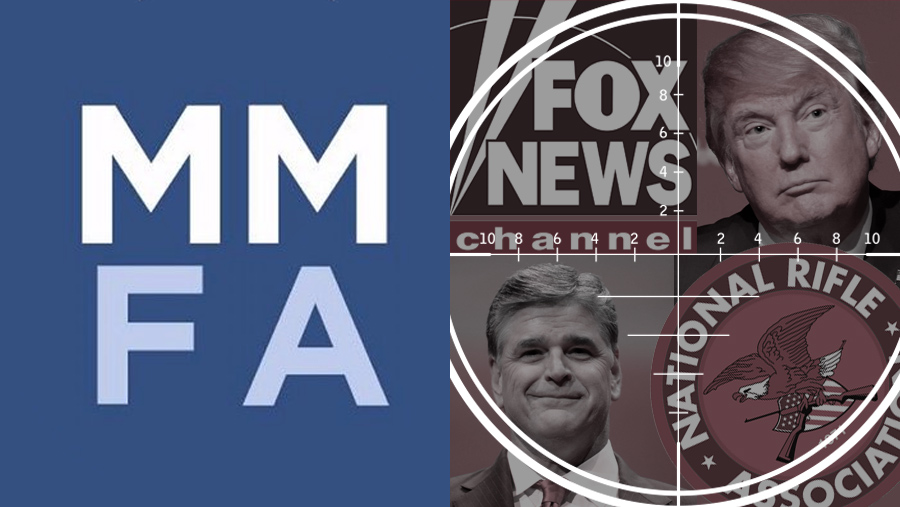 In the wake of the constant flow of attacks Fox News host, Tucker Carlson has suffered over the last week, it’s nice to say a diverse group of folks rising to defend him.

Finally, we have another internet, TV, and radio personality, (and not gay) Glenn Beck.

“This attack on Tucker is nothing more than silencing an effective voice in the middle of a pivotal election. That’s all this is. It’s not about virtue or principles, it’s dirty politics.”

The reality is that anyone who values free speech, rational conversation, and the use of logic (like – hey, over the course of 20 years, everyone says something stupid), should be defending Tucker Carlson from the attacks of the rabid anti-freedom left.

The fact that we haven’t seen more people standing up and speaking out against the hateful leftist mouthpiece, Media Matters, is a darn shame.

And, oh by the way, Media Matters Soros who has donatedis also a beneficiary of the malevolent George over $1 Million to the organization over the years.

The Daily Wire has more on Media Matters:

Media Matters, contrary to media descriptions, isn’t a “media watchdog organization.” It is a political smear factory designed to perform precisely that function against anyone to the right of Hillary Clinton. The organization was founded by professional smear artist David Brock, in conjunction with the Center for American Progress, an organization itself founded by John Podesta, the Clinton White House Chief of Staff. Hillary Clinton herself advised Brock on the creation of the organization. Mega-donor Leftist George Soros has poured money into the organization, announcing in 2010, “Media Matters is one of the few groups that attempts to hold Fox News accountable for the false and misleading information they so often broadcast. I am supporting Media Matters in an effort to more widely publicize the challenge Fox News poses to civil and informed discourse in our democracy.” Media Matters had regular strategy calls with the Obama White House.

For years, Media Matters has operated as an aggressive wing of Clintonworld, going so far as to suggest hiring private investigators to dig up dirt on Fox News hosts. Media Matters consistently attempts to tear down conservative hosts by either ripping them out of context or by digging up old Bad Things™, then astroturfing public pressure against advertisers. In reality, no real grassroots pressure exists in the vast majority of cases; the data show that secondary boycotts actually don’t materialize. But Media Matters simply contacts its list of activists, then has them contact advertisers, saying that they’ll stop using a product if that advertiser doesn’t pull its advertising. A few tweets or well-placed phone calls can knock an advertiser off a show. This last tactic, the launching of secondary boycotts, has been successfully used against advertisers across a broad range of conservative programming; advertisers are, understandably, risk averse, and so take any sign of discontent as a rationale for pulling their money. This leads, eventually, to the complete abandonment of advertisers support on political shows – at least from the right.

Every decent person should be outraged… but not at Tucker Carlson. The outrage should be aimed at Media Matters.