Another Fox News Host ATTACKED by the Outraged Left! 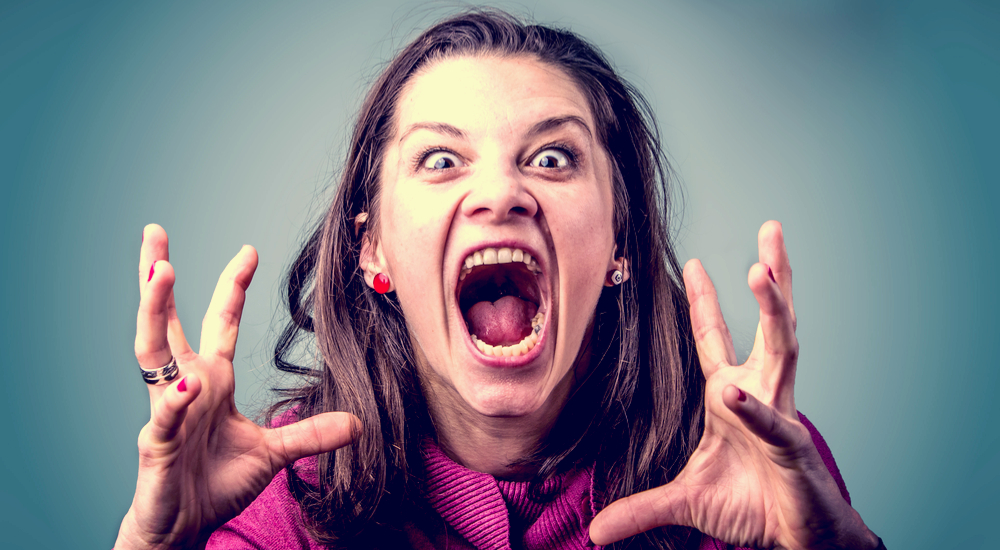 However, she’s not the only host who is facing the heat from an angry leftist media machine.

The uber-popular Tucker Carlson has also been under fire this past week, after the leftist hit-machine, Media Matters, dug up an old recording of Carlson saying some naughty things.

Earlier this week, Carlson responded by telling his critics and the leftist mob, that he wouldn’t be backing down or apologizing for something he said more than 15 years ago.

Here’s what he had to say about the controversy in a segment titled, “The Outrage Machine.”

As anyone who’s ever been caught in its gears can tell you, the great American outrage machine is a remarkable thing. One minute you’re having dinner with your family, imagining that everything is fine. The next, your phone is exploding with calls from reporters. They read you snippets from a press release written by Democratic Party operatives. They demand to know how you could possibly have said something so awful and offensive. “Do you have a statement on how immoral you are?” It’s a bewildering moment, especially when the quotes in question are more than a decade old.

There’s really not much you can do to respond. It’s pointless to explain how the words were spoken in jest, or taken out of context, or in any case bear no resemblance to what you actually think, or would want for the country. None of that matters. Nobody cares. You know the role you’re required to play: You’re a sinner, begging the forgiveness of Twitter. So you issue a statement of deep contrition. You apologize profusely for your transgressions. You promise to be a better person going forward. With the guidance of your contrition consultants, you send money to whatever organization claims to represent the people you supposedly offended. Then you sit back and brace for a wave of stories about your apology, all of which are simply pretexts for attacking you again. In the end, you lose your job. Nobody defends you. Your neighbors avert their gaze as you pull into the driveway. You’re ruined.

Yet, no matter how bad it gets, no matter how despised and humiliated you may be, there’s one thing you can never do, one thing that’s absolutely not allowed: You can never acknowledge the comic absurdity of the whole thing. You can never laugh in the face of the mob. You must always pretend that the people yelling at you are somehow your moral superiors. You must assume that what they say they’re mad about is what they’re actually mad about. You must pretend that this is a debate about virtue, and not power; that your critics are arguing from principle and not partisanship. No matter what they take from you, you must continue to pretend that these things are true: You are bad. They are good. The system is on the level.

But what if we stopped pretending? What if we acknowledged what’s actually going on: one side is deadly serious. They believe that politics is war. They’re not interested in abstractions or principles, rules or traditions. They seek power. They plan to win it, whatever it takes. If that includes getting you fired, or silencing you, or threatening your family at home, or throwing you in prison, so be it. Their goal is power. If you’re in the way, they’ll crush you.

What’s interesting is how reliably the other side pretends that none of this is happening. Republicans in Washington do a fairly credible imitation of an opposition party. The still give speeches. They tweet quite a bit. They make concerned noises about how bad liberals are. But on the deepest level, it’s all a pose. In their minds, where it matters, Republican leaders are controlled by the left. They know exactly what they’re allowed to say and believe. They know that the rules are. They may understand that those rules were written by the very people who seek their destruction. They ruthlessly enforce them anyway. Republicans in Washington police their own with never-ending enthusiasm. Like trustees in a prison, they dutifully report back to the warden, hoping for perks. Nobody wants to be called names. Nobody wants to be Trump.

How many times have you seen it happen? Some conservative figure will say something stupid, or incomplete, or too far outside the bounds of received wisdom for the moral guardians of cable news. Twitter goes crazy. The mob demands a response. Very often, the first people calling for the destruction of that person are Republican leaders. You saw it with the Covington Catholic high school kids. You see it all the time. Kevin McCarthy spends half his life telling his Republican members not to criticize progressive orthodoxy. Paul Ryan did the same before him. A couple of years ago, the entire Democratic Party decided to deny the biological reality of sex differences, an idea that’s as insane as it is dangerous. Republican leaders decided not to criticize them for it. They might get upset.

This is a system built on deceit and enforced silence. Hypocrisy is its hallmark. Yet in Washington, it’s considered rude to ask questions about how it works. Why are the people who considered Bill Clinton a hero lecturing me about sexism? How can the party that demands racial quotas denounce other people as racist? After a while you begin to think that maybe their criticisms aren’t that sincere. Maybe their moral puffery is a costume. Maybe the whole conversation is an absurd joke. Maybe we’re falling for it.

You sometimes hear modern progressives described as the new puritans. That’s a slur on colonial Americans. Whatever their flaws, the puritans cared about the fate of the human soul and the moral regeneration of their society. Those aren’t topics that interest progressives. They’re too busy pushing late term abortion and cross dressing on fifth graders. These are the people who write our movies and sitcoms. They’re not shocked by naughty words. They just pretend to be when it’s useful.

It’s been very useful lately. The left’s main goal, in case you haven’t noticed, is controlling what you think. In order to do that, they have to control the information you receive. Google and Facebook and Twitter are on board. They’re happy to ban unapproved thoughts without apology. They often do. So do the other cable channels, and virtually every major news outlet in this country. On of the only places left in America where an independent view is allowed is right here, the primetime shows on this network. A total of three hours, in a sea of television programming. It’s not much, relatively speaking. For the left, it’s unacceptable. They demand total conformity. Since the day we went on the air, they’ve been working hard to kill this show. We haven’t said much about it in public. It seemed too self-referential. The point of this show has never been us. But now it’s obvious to everyone. There’s no pretending it’s not happening. Going forward we’ll be covering their efforts to make us be quiet. For now, just two points. First, Fox is behind us, as they have been since the first day. Toughness is a rare quality in a TV network, and we’re grateful for that. Second, we’ve always apologized when we’re wrong, and we will continue to. That’s what decent people do. But we will never bow to the mob. Ever. No matter what.

And he, of course, wasn’t wrong.