Jay Leno on Politics in Comedy 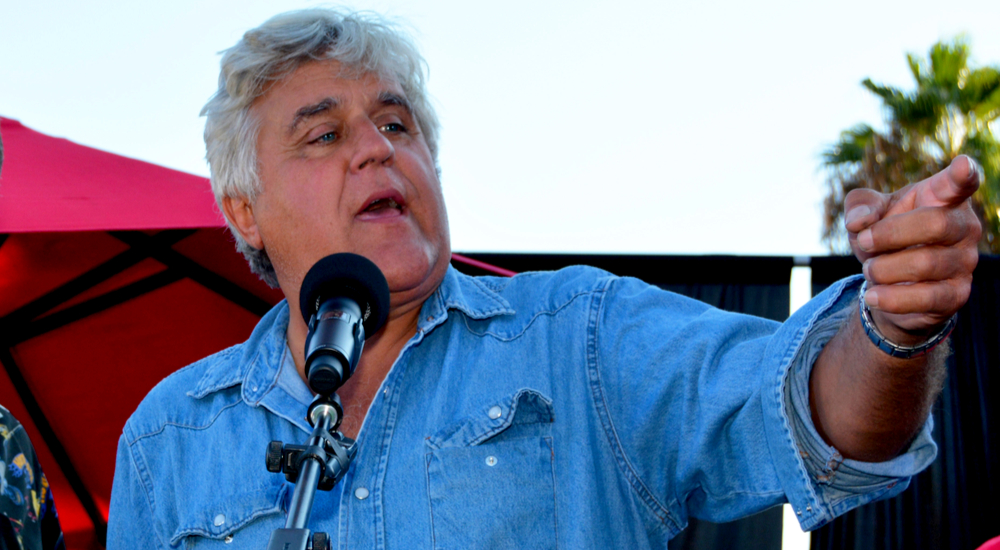 When asked if he missed his old gig, hosting The Tonight Show, Leno responded negatively before ripping into the very unfunny modern format.

“It’s different. I don’t miss it. You Know, everything now is, if people don’t like your politics… everyone has to know your politics.

I kind of use Johnny’s model. People couldn’t figure out [his politics].

‘Well, you and your Republican friends.’ ‘Well, Mr. Leno, you and your Democratic buddies.’ And I would get hate mail from both sides equally and I would say well that’s fabulous, that’s exactly what I want. But when people see you are one-sided, it just makes it tough.

I’d just like to see a bit of civility come back to it, you know?

It was just a little easier. The theory when we did the show was you just watch the news, we’ll make fun of the news and get your mind off of the news. Well, now people just want to be on the news all the time. You just have one subject that’s the same topic every night, which makes it very hard.”

Who knew that culture would get so bad that we would end up missing Jay Leno?

Every one of the current crop of late-night hosts is a shill for the far left, whether it’s openly leftist Stephen Colbert, or the morally repugnant Jimmy Kimmel, or the grossly unfunny Seth Meyers, or the British leftist James Corden, or even the seemingly sweet but also very liberal Jimmy Fallon. They’re all LEFTISTS and proud of it.