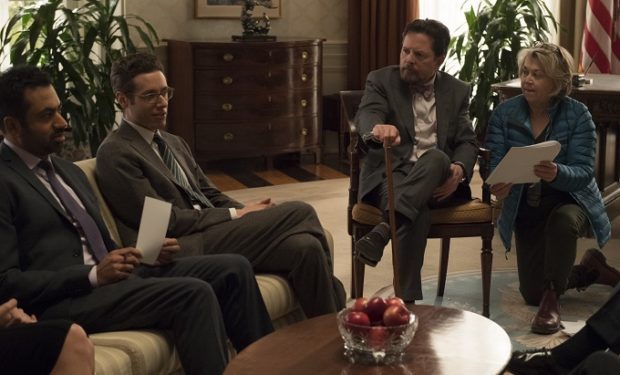 Liberal television shows like “Designated Survivor” and “Madam Secretary,” like their predecessors like “The West Wing” are nothing but liberal’s fantasy wish list of how Republicans are corrupt thieves while Democrats are the problem solvers who care about the people – i.e. the exact opposite of what exists in reality.  While Democrats continue pushing the fraud of investigating Trump stealing the election and giving tax cuts to the rich, Trump is making amazing strides toward solving real-world problems by undoing Obamaism and making America great again.

As the Democrats struggle to promote their propaganda that Trump is destroying America and the world, and that they can save America by returning to Obamaism high taxes, open borders, and America in decline submitting to their globalism, reality swamps their little boats.  Democrat governors are giving invading foreigners and criminals the right to vote in order to overcome their voters who are defecting to a real America leader.  Liberal fascists are granting pardons to criminals in blue states to keep their unruly subjects under their iron boot.  Virginia, California, and New York governors have all pardoned felons to give them a vote and access to firearms.  While they are pardoning criminals other Democrats are attempting to make it illegal for Trump to grant pardons.  Talk about usurping the power of the president by betraying the nation!  Obama encourages immigrants to vote illegally to overthrow American citizen’s votes.  If the people of the United States want to find real crimes and treason against themselves then let there be an anal probe of Obama and his minions as deeply as they went into Trump.  The world of sh*t that would flow out of their traitorous sphincters would so flood the media that even their most ardent sycophants would be buried in the morass of waste and choke to death.  Democrat’s attempted coup has unraveled and they must resort to overwhelming voter fraud to overcome the Americans they hate.

To the horror of global warming alarmists, global cooling is here

Wag the Donkey – How Democrats are Criminalizing Trump Republicans

Addendum: Since publishing this article the HBO series “Homeland” has aired an episode in which the President of the United States, a fascist they created, was ousted, reflecting what they wish they could do to Trump.  These people, in their delusions having already turned Homeland from a series of America fighting the Jihad to joining with the Jihad against America, believe they are fighting Nazis.  It is the sickness of their liberal minds that they believe Christians to be Nazis.