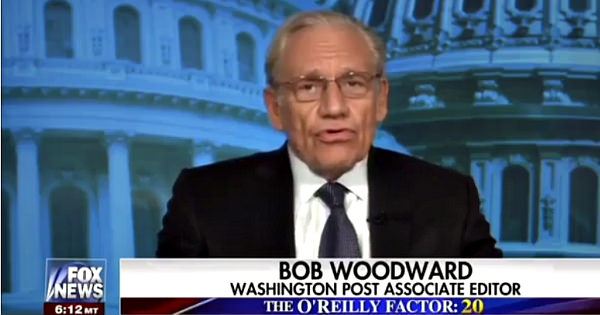 Chris Wallace: President Trump kicking off what may be the next chapter of the Russia probe, looking into why the FBI launched the investigation and we are back now with the panel. Well, Mr. Woodward, more than two years ago back in January of 2017 when the Steele dossier first surfaced, I remember you saying right here on the show that it is a “garbage document.” Do you feel that the Mueller report basically discredited it, and to what degree do you think it played a role in the Russia investigation?

Bob Woodward: That’s what’s going to be investigated by lots of people, including the attorney general and including Senator Lindsey Graham.

Chris Wallace: The inspector general is also doing it.

Bob Woodward: And it should be. What I out recently, which was really quite surprising, the dossier, which really has got a lot of garbage in it and Mueller found that to be the case, early in building the intelligence community assessment on Russian interference in an early draft, they actually put the dossier on page two in kind of a breakout box. I think it was the CIA pushing this, real intelligence experts looked at this and said no, this is not intelligence, this is garbage and they took it out. But in this process, the idea that they would include something like that in one of the great stellar intelligence assessments as Mueller also found out is highly questionable. Needs to be investigated.