The Liberal Case Against Steve Bannon 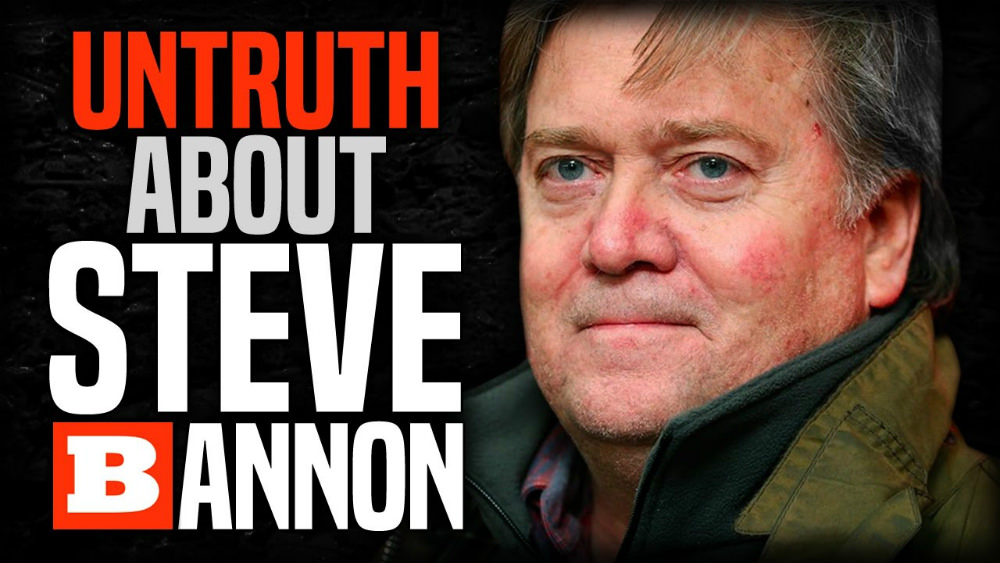 When President-elect Trump declared Steve Bannon his choice for “chief White House strategist”, liberals promptly attacked him as racist, sexist, homophobic, etc. One of their key arguments has been to point to a series of offensive article published by Breitbart News while Bannon was CEO of that organization. In the usual style of the liberal echo chamber, they always seem to list the same articles in the same order. I don’t know who first came up with this list, and maybe you’ll find some variations, so for this article I’m taking it as given in the New York Times.

These articles are all readily available on the Internet, so I decided to take the simple step of reading them. Crazy, I know — actually checking the facts. And I discovered … there’s nothing particularly shocking or offensive about any of them. Yes, some of the headlines are exaggerated or simplistic. But that’s the nature of headlines, isn’t it?, to try to grab your attention. Let’s briefly look at each of these offensive articles. I’m including links to each, so you can easily check what I say here.

None of the articles listed were written by Mr Bannon. Yes, he was head of the organization, but it doesn’t follow that he personally reviewed and agrees with everything published by the organization. Many news organizations quite deliberately try to publish articles with a range of viewpoints, rather than insisting that all their writers are in strict ideological lock-step. But okay, let’s accept the idea, for the sake of argument, that Mr. Bannon at least generally agrees with the world view behind all these articles.

December 2015, by Milo Yiannopoulos. Cites medical studies showing that various birth control methods cause weight gain, mood swings, and irritability. (This isn’t new: It’s been in the fine print in the inserts that you get with a pack of birth control pills for decades.) The writer goes from there to draw the editorial conclusion that women should not use these forms of birth control. The style is light and humorous but his points are all backed up by medical science with citations in the text. You may, of course, conclude that the side effects are not serious enough to prevent you from using these drugs, but that’s the point: he brings up these side effects for discussion and debate. So what exactly is the objection? Is it the position of liberals that journalists should not point out negative side effects of medication? Mr Yiannopoulos got his start as a technology writer. So he’s writing about medical technology. Are liberals attacking science again?

By the way, Mr Yiannopoulos is openly gay. Somehow Mr Bannon overcame his narrow-minded bigotry enough to publish the writing of a homosexual.

Bill Kristol: Republican Spoiler, Renegade Jew
May 2016, by David Horowitz. As you can perhaps guess from his name, the writer, Mr Horowitz, is himself a Jew, so charges that the article is anti-Semitic don’t make a lot of sense. Mr Kristol worked to defeat Trump in the campaign. Horowitz criticizes Mr Kristol’s arguments against Trump with detailed, factual rebuttals. The “renegade Jew” in the headline appears to refer to the last paragraph in the article, in which Horowitz says that it would be bad for Israel if Hillary won the election, and so by opposing Trump Mr Kristol is hurting Israel and Jews.

So the argument is that Mr Bannon is anti-semitic because he published an article written by a Jewish person discussing problems faced by Jews. Or something.

World Health Organization Report: Trannies 49 Xs Higher HIV Rate
December 2015, by Austin Ruse. Cites a study by the World Health Organization that finds that men who dress as women are 49 times more likely to contract HIV than men who do not. That is, the title accurately describes what the World Health Organization found. The title uses the slang term “trannie”, which the New York Times referred to as a “slur for transgender people”. But I tried typing “trannie” into the Firefox search bar and the first 3 1/2 pages of results were all transexual porn sites. Apparently transexuals routinely refer to themselves as “trannies”, so it’s not clear that this is an insult. So again, what’s the objection? Do liberals believe that journalists should not report on risk factors for life-threatening medical problems? This sounds very anti-science. Would they similarly attack a journalist who reported on the health risks of cigarettes, on the grounds that this might be offensive to smokers?

Roger Stone: Huma Abedin “Most Likely a Saudi Spy” With “Deep, Inarguable Connections” to “Global Terrorist Entity”
June 2016, by Dan Riehl. Huma Abedin was the Vice Chair of Hillary Clinton’s election campaign and a close friend and personal advisor. The article claims that Abedin is associated with a Saudi Arabian official named Abdullah Omar Naseef, who is a founder of the Muslim World League, which is associated with the Rabita Trust. The Rabita Trust was officially declared to be a “Specially Designated Global Terrorist Entity” by the Bush administration and action was taken against it by the Justice Department in 2001.

Liberal sources that attack Mr Bannon blast this as a conspiracy theory. This sidesteps the question of whether or not it is true. I have not researched the question and I make no claim to know the full story. Maybe Abedin’s connection to terrorists is tenuous: As far as this article goes, the writer claims that she is friends with people who are members of organizations that are pro-terrorist. Of itself that doesn’t make her a terrorist or a spy. So maybe this is exagerrated campaign rhetoric. Or maybe not.

There’s No Hiring Bias Against Women in Tech, They Just Suck at Interviews
July 2016, by Milo Yiannopoulos. (You may remember Milo from the birth control article.) The article describes an experiment done by a tech recruiting company. The company sets up practice job interviews conducted by voice over the Internet. They got the idea of using software to modify the voices so that women would sound like men and vice versa. They expected that if the interviewer thought the applicant was a man they would rate “him” higher than if they knew she was really a woman. In fact, the opposite happened: men pretending to be women got higher ratings than men interviewing normally, and women pretending to be men got lower ratings than women interviewing normally. So, the experimenters were forced to conclude, tech recruiters are not biased against women. They are biased for women.

The problem with this article, of course, is that it arrives at politically incorrect conclusions. The fact that it relies on experimental evidence just makes it worse.

Lesbian Bridezillas Bully Bridal Shop Owner Over Religious Beliefs
August 2014, by Susan Berry. A straightforward news story about a bridal shop that refused to sell wedding dresses to a lesbian couple for religious reasons, and the lesbian couple than launched a harassment campaign — apparently mostly on Facebook — that ultimately forced the shop to close their Facebook page, close their storefront, and switch to a “by appointment” business. The article does not directly criticize the lesbian couple, but the writer indicates her position by the standard journalistic practice of quoting people who agree with her.

The Solution to Online “Harassment” Is Simple: Women Should Log Off
July 2016, by Milo Yiannopoulos. (Him again.) The title and the article are satire. The article discusses women who have complained about being harassed when they participated in on-line forums. The writer points out that in all his examples, the women were participating in forums that were rough and tumble for all participants. The women were treated the same as men on these forums. He says that the solution is to have separate men’s and women’s Internets, so that the men can engage in boisterious male conversations without offending the women. And then he says, “This is all barking mad, of course” and “Who knows, some readers might be tempted to give my idea a try. Go ahead, and report back …” It’s not a serious suggestion: it’s satire. His serious point is that feminists say that they want to be treated the same as men, and then complain when they are not treated with special deference and delicacy.

It’s interesting that the liberals claim that Mr Bannon is anti-semitic, homophobic, and sexist. And their proof is to point to seven articles published by the organization he led: one by a Jew, three by a gay man, and one by a woman. He hates these people so much that he provides them with a platform to present their views to a wide audience.