Leftwing Media Eat Their Own as American Journalism Dies 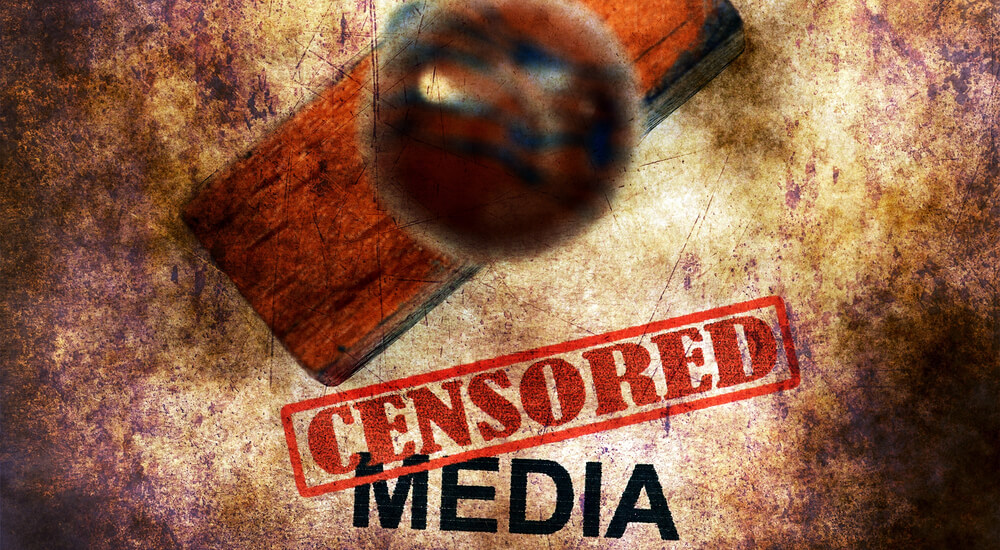 Matt Lauer is being skinned alive by the leftwingnut media for his honest presidential forum with Hillary and Trump.  They are calling for his head on a platter for asking Hillary about her email crimes.

The rightwing saw the interview as a surprise since leftists normally do their utmost to shield Hillary and avoid exposing her crimes.  But then they saw that Lauer didn’t go into as much detail as they would have and that he did go after Trump, but not to the degree with which leftist fanatics would have and that has sent those leftwingnuts over the edge.  In the coming debate between Trump and Hillary they are calling on their moderators to “fact check” Trump, but not Hillary.

The purpose of journalism is to inform you of events.  You are then free to decide your opinion of those events.  Opinions expressed in the media are supposed to be from either the public or the editors.  But that is not what the leftist media practices today.  Remember the 2nd Romney-Obama debate?  The moderator took over debating Romney and backed Obama’s lie that he said the assassination of Ambassador Stevens was a terror attack.  Even though she admitted she lied the next day the damage was done.

I am not a journalist.  I have a degree in journalism, but that doesn’t make me a journalist.  I do not work for the media and I do not report the news.  I am a blogger.  I do not report events.  I express my opinion of events.  Before you read my articles I expect you to already know the ‘who, what, when, where, and how’ of events.  If you are ignorant because you listen to the leftwingnut media spin then you will probably think my opinion is wrong because you think my facts are lies.  There are leftwingnuts who have chastised bloggers as false because we express our opinions, as if by doing so that makes what we say not the truth.  Expressing your opinion of an event does not make the facts of that event a lie – except in the narrow minds of ignorant liberals.

I have also been chastised that I do not make good arguments because I am not politically correct and considerate of people’s feelings.  I’m from the Forrest Gump/Larry the Cable Guy school of education and believe that “Stupid is as stupid does” and “You can’t fix stupid.”  Intelligent people will learn from what I write and if they are ignorant of the facts I present they will take the time to learn.  The difference between ignorance and stupidity is that ignorance is a lack of knowledge that can be amended through education.  Stupidity is an inability to learn, whether accidentally or purposely, and cannot be cured, but must be defeated.  The reason we have Obama is because stupid people believed what he said rather than examined his background and elected him on the basis of lies.

Back in the eighties, I stopped watching television news when I realized all of it was biased anti-Reagan BS.  Reagan undid the Fairness Doctrine that Democrats had inflicted on media back under Truman so that they could control the media’s content.  With that boot lifted of the throats of conservatives there arose the rightwing media led by Rush Limbaugh and FOX News.  Rush has been a godsend expressing the opinions of the Silent Majority that had not permitted to speak over the airwaves.  Add to that a network that not only reported events, but had both sides express their opinions and the Moral Majority not only had a voice once again, but was able to debate with liberals openly so that both sides could be heard together!  That’s why leftists want to reinstate the Fairness Doctrine to shut us down and silence us again.  It’s not about making the Internet fair, it’s about censoring what is right and true.

This is the dirty little secret that the Left doesn’t want people to know, which is why they say FOX News lies about everything.  Whenever someone actually watches FOX and the Democrat media side-by-side they discover that the Left is a pack of looney lies and they can get far more of the truth and good sense from FOX.  Even listening to liberals on FOX trying to twist the truth in their arguments with conservatives reveals their ideology to be based on deception. But Trump’s relentlessness has forced the Left to come out from under their cover as supposed journalists and reveal themselves to be nothing more than Democrat propagandists.  The result is that the people no longer trust the media.