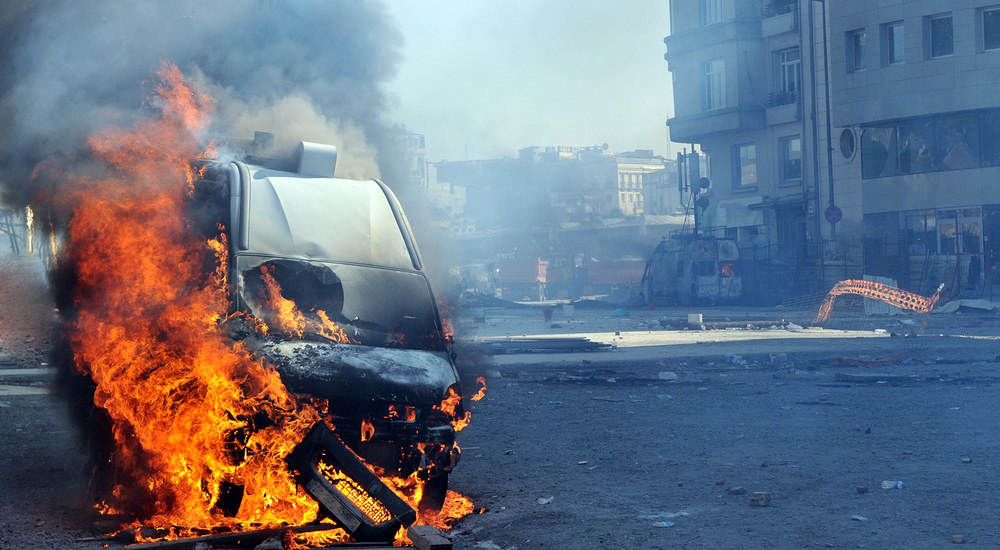 Terrorism is terrorism, regardless of the source, and two American cities felt the sting of it over the weekend. Is it really that hard to say? Apparently. And if someone on the left does summon up the word, it must always be supplemented with a descriptor.

One of two terrorist attacks, a bombing, occurred this weekend in Manhattan, N.Y. “No-one has come forward to admit to planting the device, which exploded in a dumpster,” Cuomo said, but citizens should make no mistake: “a bomb exploding in New York is an act of terrorism.”

Got that. At the time he stated (Sunday morning), that no one, or group, had claimed responsibility. Yet he was quick to insist it was not the work of ISIS, or any specific group.

Knowing that even in the face of tragedy, democrats consider everything through a political lens – is the definitely “not ISIS” exclamation by Governor Cuomo a veiled attempt not to tie Obama’s mass immigration of Muslims to the U.S.? I don’t know, but I wouldn’t doubt it.

The Manhattan bomber may not be the work of an Islamist, but the attack at a Minnesota mall on Saturday sure was. As I stated, regardless of the source, the two acts were terrorism none the less.

It is not hard to say – terrorism, unless you’re NYC Mayor Bill de Blasio, who, like many apologists on the left, just couldn’t bring himself to utter the word. When pressed, he merely stated: ‘It was intentional, it was a violent act, it was a bomb. That’s what we know.”

The bomb detonated around 8.30pm on Saturday night, injuring 29 people. Shortly after, another identical device was discovered

before it detonated in the same vicinity. Interestingly, both IEDs were pressure cooker bombs – the same type as were used by the Boston bombers, so it would not be much of a stretch to conclude it may be the work of Islamists.

The vicious knife attack that also happened Saturday night at the Crossroads Center mall in St. Cloud was more cut and dry. The attacker, according to an ISIS statement was “a soldier of the Islamic State.” “The executor of the stabbing attacks in Minnesota yesterday was a soldier of the Islamic State and carried out the operation in response to calls to target the citizens of countries belonging to the crusader coalition,” stated ISIS.

The attacker referenced Allah and actually asked one of his victims if she was Muslim. He was killed by an off-duty cop, yet despite eyewitness accounts, the St Cloud Police Chief, Blair Anderson, still couldn’t bring himself to say the word terrorism.

Now an online “Manifesto” has surfaced which, if true, may be a nightmare for the left.

The author of the Tumblr post is a Trump-hating LGBT activist. If true, could this news be worse for left? The now deleted Post boldly stated: “I’m the New York Bomber.” He/she/it insists that no one cares about the many LGBT people who commit suicide and that they should lash out against the violence and oppression they feel, “with violence and possibly oppression,” of their own.

Here we have two separate terrorist attacks. One appears to be confirmed as an ISIS or ISIS inspired attack – Islamic terrorism. The other is yet unknown, but may end up being confirmed as committed by an avowed anti-Trump leftist radical.

As yet we don’t know exactly who either of these attackers are – only that they are terrorists. But one thing is for sure. Neither of the attacks, or any others have been committed by the right – not by constitutional conservatives, Trump supporters, Republicans, or gun toting, NRA loving right-wingers. In all these attacks, it is the only think that is confirmable.