Left Behind: The Left’s Inability to Deal with Loss 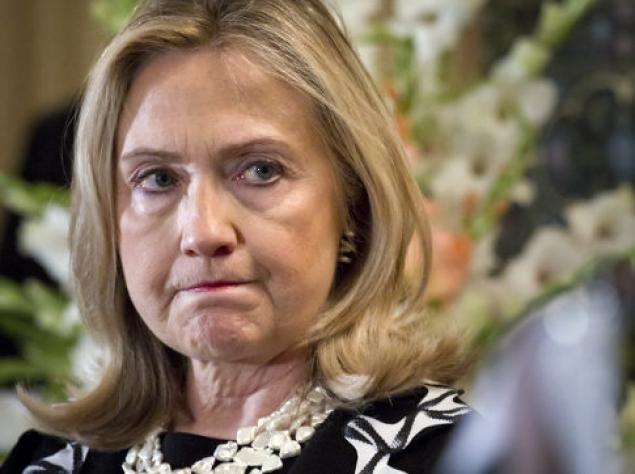 Why do the heathen rage, and the people imagine a vain thing? (Psalms 2:1)

In this case the primal screams aren’t from fetuses recoiling in horror against the instruments of death in the hands of abortionists. This time, the screams are from those who would abort the United States as founded. There has been much rage, violence, and destruction wreaked upon people, places, and things since Donald Trump won the presidency.

Yet, I understand the pain of dashed expectations. It’s not unlike Clark W. Griswold opening his Christmas bonus check and finding a year-long membership in the Jelly of the Month Club. We can understand his rage because it was personal. He looked forward to that bonus check, counted on that money, to put in a swimming pool. Naturally, he’d go off the deep end for a while.

But, what excuses do Hillary voters have? It isn’t personal. Eight years earlier nobody attacked Obama voters, smashed windows, or assassinated cops. So, why the collective shrieks from people who could be extras in One Flew Over the Cuckoos Nest?

Consider for a moment what the reaction of Christians would be were some archaeological college of experts to announce the discovery of an unmarked grave. This tomb purportedly contained the bones of a man they believed to be Yeshua ben Yosef, better known as Jesus of Nazareth. How would Christians act?

You’ve believed your entire life that Jesus rose from the dead, and now you learn physical proof exists that indicates he didn’t. Might you refuse to believe it? Would you carry signs proclaiming the discovery as Not my Jesus? Many would because the anger would be palpable – and understandable.

Is there a correlation between this example and the loss of an election? Most of us would say no – until we recognize the Left is every bit as religious and zealous as any Christian. That’s why disagreeing with the Left is such a big deal. To them, it’s tantamount to blasphemy. Any and all evidence presented to disprove what they so fervently believe is summarily rejected. If you’re not a true believer, they deem you an evildoer.

Unlike Christians, however, the Left cannot look at events as the fulfillment of God’s will. They don’t believe in God, or at least, in the God of the Bible. So, while we Christians know our faith cannot be moved, the Left has no such assurance. Thus, everything is personal. Resisting them is the consummate insult, and they will not tolerate dissent any more than the Left tolerates believing in unapproved ideas. It just isn’t done in their world.

So, when confronted by the sudden, unexpected defeat as they experienced on November 8th there are no ways to reassure them the sun will rise on the morrow. Whereas Christians always have hope and experience setbacks like D.L. Moody experienced his death – as something to be welcomed and celebrated because God is on His throne and all is right with the world, the Left has no such hope.

They experience setbacks the way a-theist Robert Ingersoll’s wife experienced her husband’s sudden death. Incomprehensible shock followed stunned confusion, and an inconsolable grief. Indeed, she couldn’t bear to part with her husband’s body until his remains were removed for the sake of the family’s health. It is not accidental that Vladimir Lenin’s body lays entombed for all to see on Red Square. The Left has an affinity for worshiping dead Communists the way some religions venerate Christian saints.

The a-theist Left holds humanism as the ideal and perfectibility as the most worthy goal. If only the right people could control everyone, all would be perfected in time. All would become altruistic by nature. From each according to his ability, to each according to his need. Competition and capitalism would be relics of an unenlightened past. So, it thus stands to reason the Left must be the natural governing party. The Left must never be out of power, for if it is, such a reality is illegitimate and must be rejected. For the Left to be out of power only means the Evildoers usurped their authority or otherwise stole the election.

The collective Left hates all opposition and will go to any lengths necessary to vanquish the Evildoers, including aligning with a religion that seeks to destroy everyone not like them – including the Left, who believe once the Evildoers are liquidated, they can use whatever means necessary to neutralize that religion, just as the Left always imprisons or murders revolutionaries that helped them overthrow a nation’s government.

Barack Obama’s election gave the Left hope that, finally, the U.S. as founded would be transformed first into a social welfare state and later into a one-party dictatorship; whereupon elections would be done away with as unnecessary. Obama had eight years to use his pen and his phone to transform America into a quasi-Communist state, but was limited in its scope by the citizens that reacted by electing an opposition. We realized belatedly the Republican establishment was all in on the scheme after Obama got almost everything he demanded through a compliant Congress.

Hillary Clinton was to cement the gains made by the Left. Gun Confiscation was at the top of their agenda. Removing the means of the people to defend themselves from the government meant they were powerless to stop the Left. Clinton fully intended to impose the most radical transformation of the U.S. that would include criminalization of Christianity, removing Conservative news sites like Drudge and Breitbart, and jailing political opponents whenever possible.

But, a funny thing happened on the way to the Worker’s Paradise. Donald J. Trump was elected by the Workers instead of the elitist Clinton. The Workers betrayed her and the socialist ideal. They rose up against the Left and tossed them out of power – the one place they never thought they’d be. Now, the Left rages at the dying of the light, determined never to go gentle into that good night. Soon enough most of them will reach Stage Five of the grieving process, but that will only happen with time.