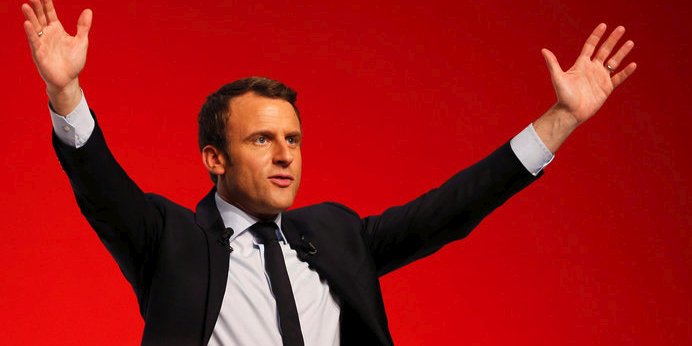 Marine Le Pen has lost the 2017 French election to Emmanuel Macron, and Globalism lives to fight another day…in France. Following the BREXIT vote and the election of Donald Trump in 2016, the world’s population is beginning to show that the people are more interested in national sovereignty and independence than they are Globalism. The push away from Globalism has begun, and Macron’s election is not necessarily a sign of the end of this push.

Many Trump supporters were pulling for Le Pen, but do not be discouraged, Americans still have our President who is driving the leftists crazy. Each and every day the left’s “Anti-Fascist (Antifa)” and “resist” movements keep showing how insane these leftists truly are, and most American voters want nothing to these movements. Europe has also seen an influx of leftist groups, and Antifa is spreading across their nations. It is only a matter of time before they prove themselves to be the fascists that they are and the people of Europe continue the nationalism movement towards sovereignty and freedom from the grasp of these tyrannous leftists.

The far-left in France did not win a victory in France today, as Macron is not affiliated with any political party. The future of France seems to be up in the air and it is largely unknown what the future will hold. Le Pen wanted to close the borders and begin getting rid of the Islamic extremists which are devouring that country. Le Pen also sought to move France away from the Euro and the grasp of the European Union. She is a nationalist and sought to make France great again. She had a large following, and without a doubt the nationalism movement is not dead in France.

The world and the people therein, stand at a crossroads which will affect the future in a major way. The far-left likes to call Trump and his nationalistic supporters “Nazis” and “fascists” all the while acting just as fascistic Nazis did. They physically suppress their opposition and represent an ideology supportive of a tyrannous government. If the world doesn’t stop this sort of behavior soon, we will be looking at another World War once the left starts sticking people in ovens and mass murdering their opposition. I apologize for fear mongering, but this is the reality of the situation which all of the world faces. Democratic Socialism is proven to NOT work, and for the far-left to be pushing for such an ideology and political system is a dangerous situation which if given power will affect every person in the world.