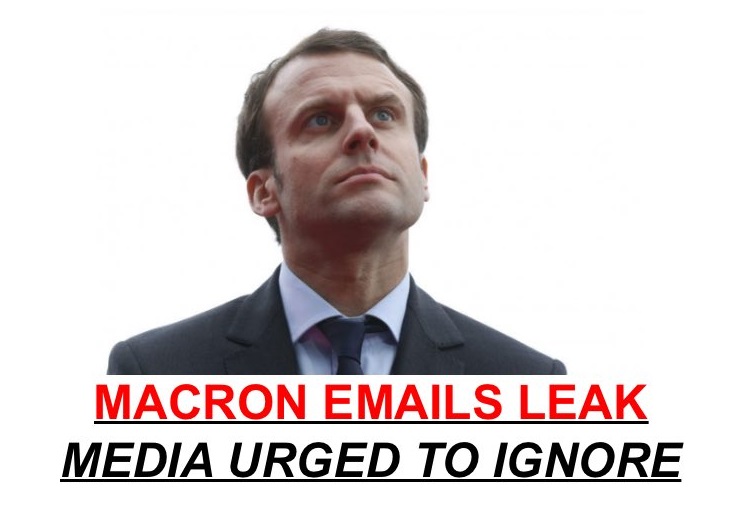 In some of the most direct and invasive interference in an election in modern political history, the French electoral commission has ordered French media not to publish the contents of liberal French candidate Emmanuel Macron’s leaked emails which appear to indicate a variety of malfeasance, illegal bank accounts, and illegal access to classified information.

The French Commission warned reporters that journalists who published the hacked emails would face criminal charges based on laws put into effect at midnight on the eve of France’s Election Day.

Ladies and gentleman, this is the most direct example of globalist panic and direct interference in a national election. Far-right candidate Marine Le Pen is a vocal advocate of an anti-globalist agenda while Macron is the clear preferred candidate of the globalists.

As reported by the Independent:

“As much as 9GB gigabytes of data from Emmanuel Macron’s private email were posted on a profile called EMLEAKS to an anonymous document sharing site under two days before the final vote. While the contents are still being reviewed, early indications show illegal foreign bank accounts in the Caribbean and illegal access to French classified information including troop movements and locations.”

At this time, all French news outlets are refusing to cover the leaks and appear to be complicit in the French government’s attempts to censor the access of information to the French people. Given the lack of traditional media’s involvement in this story, if interested in following the story as it unfolds, the hashtag #macronleaks has been trending on Facebook and Twitter for the last 48 hours as freedom fighters on social media have been diffusing the contents of Macron’s emails.