The Las Vegas Attack was about Evil, Not Guns 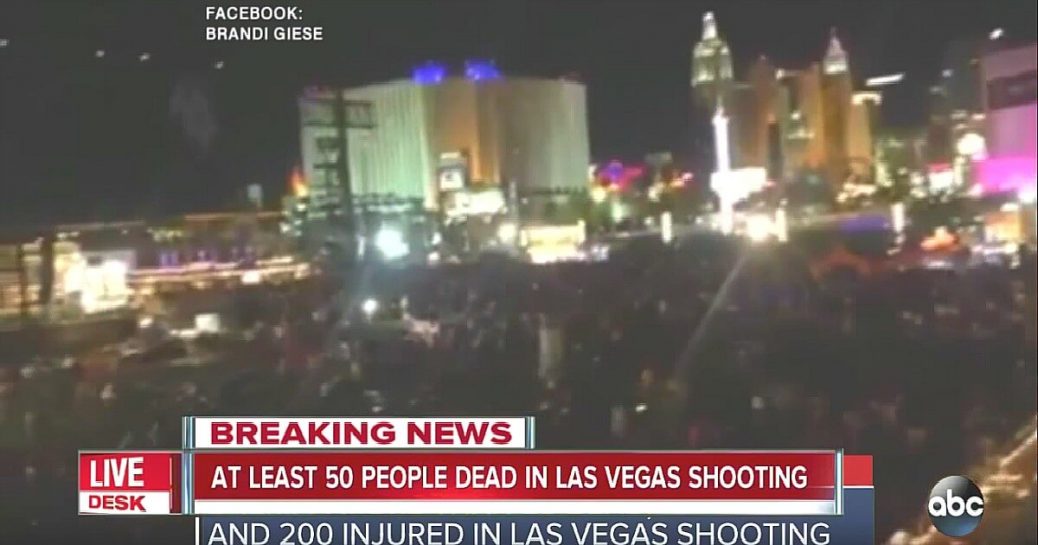 I heard this horrific breaking news about midnight and awakened this morning to hear that 50, now 58,  were dead and over 400 injured in a heinous act of murder and terror in Las Vegas, committed by Stephen Paddock.

I know You are praying along with many of Us across America for Our Countrymen, who died, and the injured and their surviving loved ones and family. We are all praying that this madness that has seemingly taken hold of our nation ends — and ends soon.

Now the Left is using the Las Vegas mass murder terror attack to attack the Second Amendment and firearms as being the problem here, rather than focusing on their misuse by an Evil person looking to commit mayhem and murder.

People have allowed their rights to self-defense to slowly be eroded over time, but the purpose of the Second Amendment was to be certain that people would ALWAYS have the means to combat an out of control tyrannical government. That meant that they were to be able to own and carry the same exact weapons of any other soldier, if and whenever they deemed it necessary for the protection of themselves, their families or America.

The oath We take for the military states that we will defend the Constitution and the nation from ALL enemies _ Foreign and Domestic. That oath wasn’t designed by accident.

Read the Federalist Papers. Our Founders didn’t add the Second Amendment so Americans could turkey hunt.

A person is allowed by federal law to own an automatic weapon if they are licensed. Even if they weren’t licensed, to call any firearm “illegal” is to buy into the regulatory controls that states have illegally and unConstitutionally place upon a Constitutional Amendment.

An amendment to the U.S. Constitution cannot be restricted through licenses, taxes or fees. There are numerous precedents in the U.S. Supreme Court stating this very fact. If people do not like the 2nd Amendment then they need to get a majority willing to repeal it.

Whether or not the Second Amendment ever existed on paper, the right to self-defense does not ever disappear.

OF COURSE, WHAT HAPPENED IN LAS VEGAS WAS NOT SELF-DEFENSE, SO THE ACT OF MURDER WAS THE ONLY “ILLEGAL” COMPONENT IN THIS EVENT.

Too many people always look towards the firearm as the evil, rather than the Evil Person misusing it.