Johnny Depp proves Democrats are getting Dumber by the Day 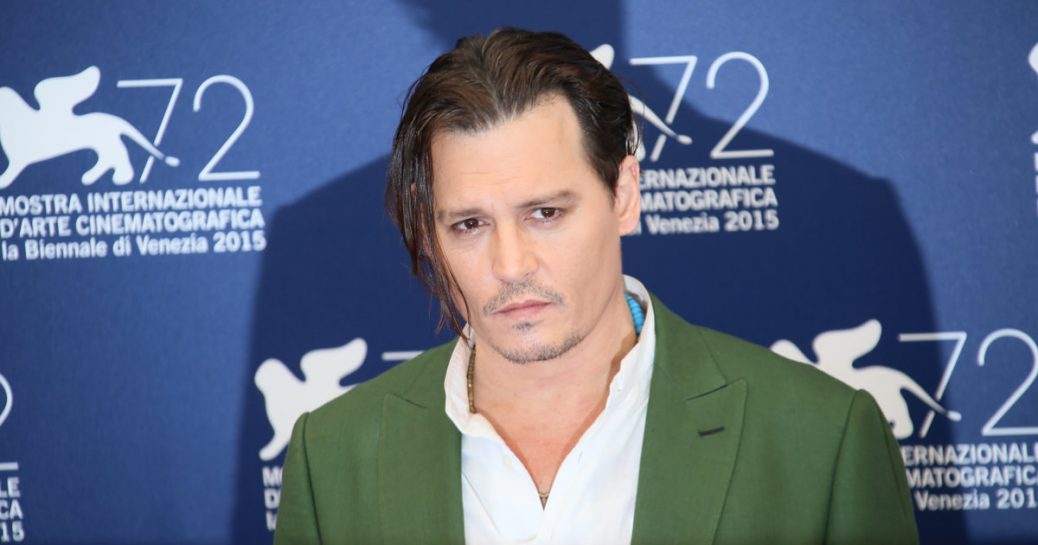 The yesterday actor Johnny Depp, who many people love for the roles he has played, had to open his stupid liberal mouth and say,

“When was the last time an actor assassinated a president?”

Johnny Depp speaks out for the Left

The Left’s hatred of Trump is boiling over into insane stupidity.  It’s all due to their belief in what they are told to believe; that Trump is Hitler, that socialism is good, that Christians are evil, that Islam is peace, that Republicans want people to die, that Democrats will share the wealth, and my favorite, that CO2 pollution will kill all life on the planet by the next century.

So does Johnny Depp know what he just said?  Does that tiny brain of his that tells lies so well on the big screen, that makes us believe he is the character he is pretending to be, understand the implications of his statement?  Without doubt the Left wants Donald Trump to be dead because he has defeated them.  Trump did and is doing what no Republican since Ronald Reagan has been able to do – smash through the Democrat media bullsh*t brigade and reach the people to tell them the truth about how government corruption is stealing their country.

So does Depp comprehend his statement and its context in history?  The last time an actor assassinated a president was when a Democrat murdered a Republican because he took their slaves away.  That’s what he is not so subtly implying they do now.  Democrats are furious that Republicans are once again trying to take away their slaves and they are once again ready to go to war to stop it.  Republicans not only want to take away the Democrat’s welfare voter slaves, but they want to take away their tax debt slaves and make America prosperous for all once again.  This is why the Democrat’s entire propaganda campaign is that the Republicans are the evil thieves.  If you can dupe enough people into believing Lincoln was scum and the Communists are good then you can convince them that killing Americans will save the planet.

Liberals have a critical problem with learning.  Perhaps it should be labelled a learning disability?  It’s a combination of ignorance and arrogance.  “Those who can – do, while those who can’t – teach.”  This is a leftist idiom.  It is contempt for those who teach the next generation what works and what doesn’t and is designed to teach the young not to learn right and wrong from their parents.  It used to be that there were students, practitioners, and then teachers, and they were called apprentices, journeymen, and masters.  They were the young who learned a profession, the adults who practiced the profession, and when they were old and retiring they would teach the next generation.  Now we have university professors who are teaching our children all the wrong things, teaching them immorality and how to behave stupidly.  They are teaching them to reject wisdom and embrace savagery to silence intelligent discourse from which they might learn righteousness.

In their war for equality the Left does not advance civilization, but takes it backwards.  Their notions of how to make life fair are all based on erroneous suppositions without any basis in reality.  Their Utopia of socialism is a farce in which they believe they can force everyone to be the same to make them equal.  That works great for ant colonies, bee hives, imperialists, Communists, Islamists, and tyrannical fascist dictators who want to lord over the peasants.  It doesn’t work in a culture in which you are free to pursue your dreams.  Such a culture only works for a moral people as Jefferson pointed out.  Where it is failing now is that criminals have gotten control and corrupted the system by convincing moral people that they are too moral and it is unfair to a flawed humanity.  Instead of teaching people to be better than they are they are making silencing free speech, immorality, perversion, sloth, envy, greed, stealing, and rage the new normal.  (Notice that the Left teaches all the Deadly Sins?  Gluttony is there, too, as you can see how many of their followers become obese.  Pride in immorality, in slothfulness to be ignorant they make virtuous.)

Depp did tell some truth – that he lies for a living.  This is what all leftists do.  They lie, cheat, steal, and will kill to get what they want.  The definition of the Left vs. the Right is not their paradigm of the far right being Nazis vs. the far left being Communists and they are somehow the centrists.  The Left is anti-God, anti-morality, anti-human being, and strictly pro-barbarian, pro-hedonist, and pro-savage, while the right is the opposite.  When they believe barbarism is superior to civilization, that their anti-God religion is better than loving God, that mankind is a virus killing Mother Earth, it’s no wonder they want us to give up technology to save the planet and live in teepees without electricity or medicine.  But, they say, we’ll be in Utopia living as one with nature as God intended.  What do they, who hate God, know of God?  People are here to learn to help each other to advance and be better human beings, not be better animals.  God did not intend for His children to strive to be less and wallow in the dirt, but to be greater and reach for the heavens.

How Democrats can be Better to Win Elections