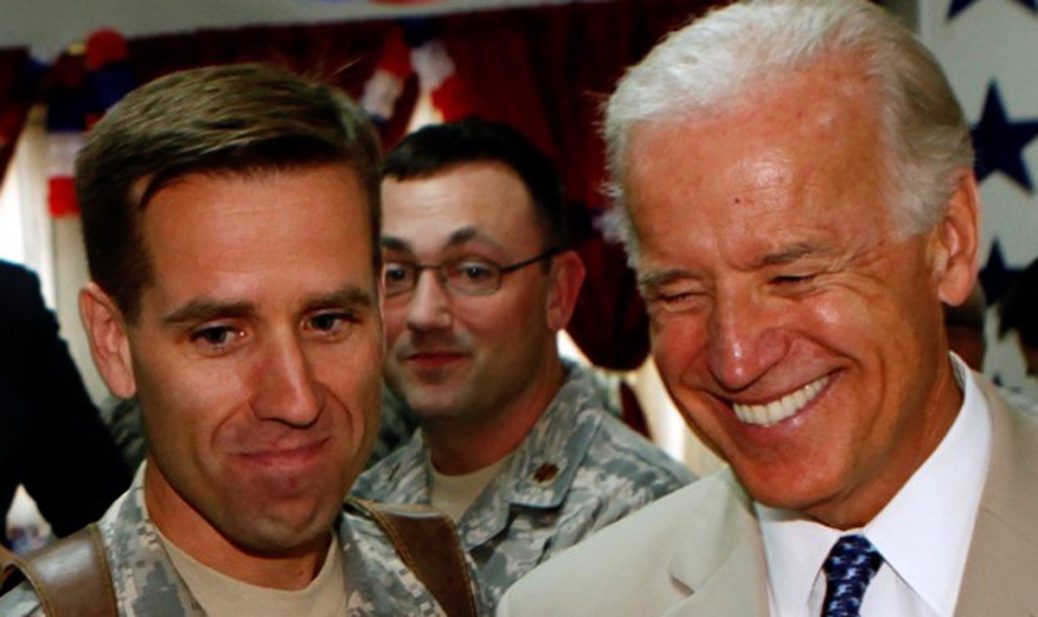 Joe Biden’s oldest son, Beau, died of an aggressive brain cancer in 2015, but this week Joe claimed on TV that Beau died in action during the War in Iraq.

No, I am not exaggerating.

Biden was speaking on Wednesday at Camp Hale in Colorado about the famed 10th Mountain Division. And, like he always does, he tried to put himself among heroes, the Washington Examiner reported.

Here is what he said:

“American soldiers of the 10th Mountain Division scaled that 1800-foot cliff, at night, caught the Germans by surprise, captured key positions, and broke through the Germans’ defensive line at a pivotal point in the war,” the president stated before mentioning Beau. “Just imagine — I mean it sincerely — I say this as a father of a man who won the Bronze Star, the conspicuous service medal, and lost his life in Iraq. Imagine the courage, the daring, and the genuine sacrifice — genuine sacrifice they all made.”

But this is a lie.

Beau Biden did earn a Bronze Star while in Iraq as a member of the Delaware Army National Guard. But he did not die in the service. He returned from Iraq in 2009 and died years later in 2015 of a brain tumor.

But come on. Joe Biden lies like this in nearly every single speech. He inflates his biography, lies about his past, and puffs himself up as involved with every major historical even in his lifetime.

The media would be losing its tiny hive mind. A lie like this would be used every single day to destroy a Republican who said this.

As well they should.

But have you even heard this story on the news?