Why is the United States Supporting Ukraine? 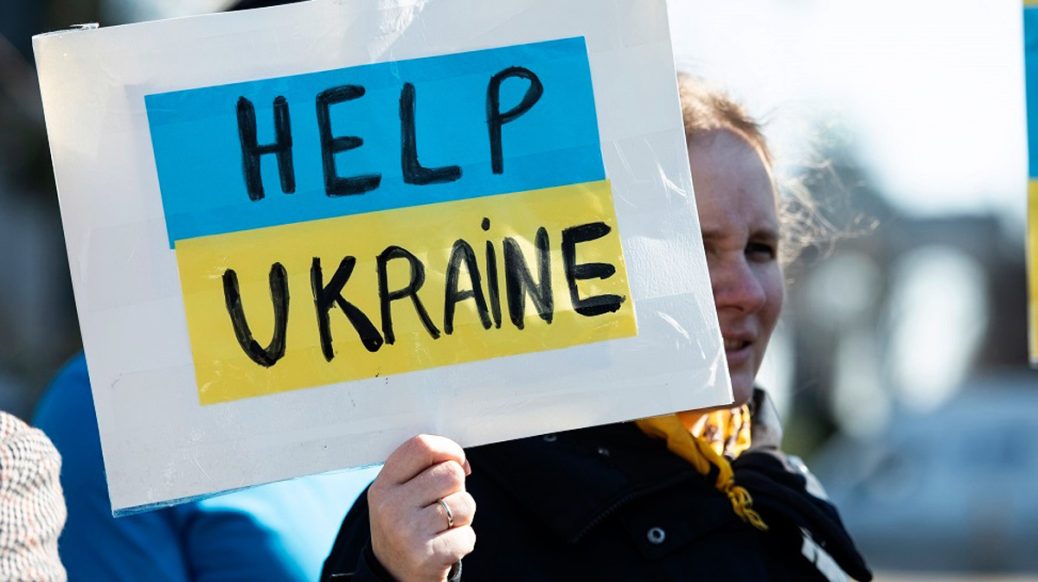 By Jeffrey S. Stephens, author of “THE HANDLER,”

Why is the United States supporting the Ukraine and pouring billions of our tax dollars into the defense of their country?

There are various answers to this question that leap easily to mind. Putin is a monster. He has ordered his troops to launch an unprovoked attack on a peace-loving country. We cannot sit by and allow innocent civilians to be slaughtered. Ukraine is a sovereign nation that cannot be left to the heinous assaults being engineered by the Russian army.

All of which seem valid points, and there are certainly other arguments to be made. But what if we take a moment to have a closer look at this situation, which is a complex geo-political mess.

Before Russia attacked the Ukraine, there were many in our country claiming the Zelensky regime is corrupt. That may or may not be true, but it is worth examining, is it not? Before Russia attacked the Ukraine, Putin made it clear that he had a major concern about his large neighbor joining NATO. Russia has long been the primary antagonist of NATO, and the prospect of the country on Russia’s western border suddenly becoming a part of that alliance was troubling the Russian dictator, uh, I mean, Russian president. How many of us have stopped to consider if that was a legitimate concern? How would we in the United States feel if Canada or Mexico entered into an alliance with China? How many of us remember that the discovery of a secret communication revealing the prospect of a German-Mexican alliance was the reason President Wilson was finally compelled to have us enter World War One?

We may despise Putin, but that does not mean we should not view things from all sides.

When America has strong leadership, we can afford to do just that. We can examine all of the circumstances of a situation and make informed decisions. For instance, what if Zelensky had simply agreed not to join NATO in exchange for a peace agreement with Moscow? Might that have averted this entire war? I have no idea, but I think it is worth asking. If Donald Trump were still President, would he have been capable of brokering that peace? We will never know, but what is crystal clear is that Putin did not commence his offensive while Trump was still in office. Putin waited for the current president and his team to arrive before taking action, which leads to an obvious conclusion—the value of strong American leadership is something to think about, right?

Then we should have a look at the way this war is going. The Ukrainian people deserve the utmost respect—in the face of actions that are clearly war crimes as Russian missiles rain down on schools, hospitals and apartment buildings, they fight back. Their leader is also brave, no question about it. Yet even as the tide is reversing against the Russian attackers, Zelensky is not just asking for munitions and humanitarian supplies to secure his country. He is now asking for weapons that will allow him to attack targets outside the Ukraine and inside Russia. If that is what he chooses to do as leader of his country, that is his choice. But when did the United States decide to become involved in an all-out war between two adversaries that really have nothing to do with us?

Do we really want Russia to begin using tactical nuclear weapons, or to declare war on America—which they might do if we are providing the hardware and funding for a campaign that attacks the Russia homeland? Are we willing to engage in nuclear brinksmanship by over-funding this situation, rather than limiting our assistance to food, medical supplies and defensive wares?

In this complex global arena there are rarely easy answers, but we should begin by asking the necessary questions. I am not suggesting we should abandon the Ukrainian people or stop sending them aid. All I ask is that we consider all aspects of this conflict and that we remember the following—the next time you write a check for taxes, know that part of your money is heading to intensify a war overseas rather than being used to secure our borders, help our poor, repair our infrastructure and on and on.

Nick Reagan is a great new character who risks everything to stand on the frontlines, protecting America at a time when we need him most. Think Jason Bourne for the new millennium—Jeffrey Stephens’ new series is one to watch moving forward.

Ryan Steck, best-selling author of FIELDS OF FIRE And editor of “The Real Book Spy”