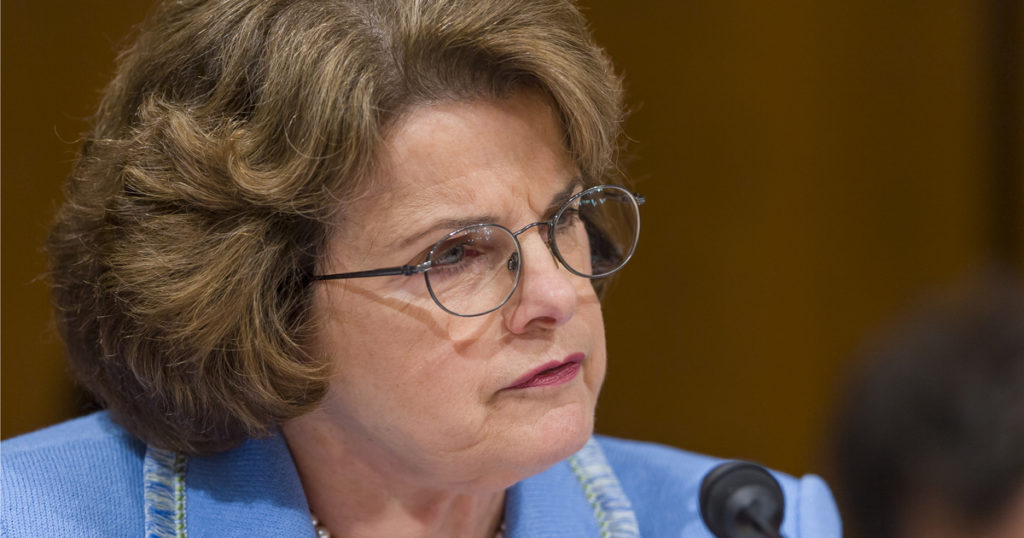 Let me see if I understand this. Senator Dianne Feinstein, the top Judiciary Committee Democrat calls a decade’s old allegation against Supreme Court nominee Brett Kavanaugh “very serious” and that the FBI should investigate before the Senate moves forward with Kavanaugh’s nomination.

Dianne Feinstein was head of the Senate Intelligence Committee (a misnomer if I ever heard one) while she had a Chinese driver for some fifteen years whom we now know to have been a spy for the Chinese government. Why are there not calls to investigate Dianne Feinstein? Why the hell are we wasting millions of dollars on a nothing burger called Russian collusion when anyone who is intellectually honest knows there is none? We know about Feinstein’s driver. Was she colluding with the Chinese government?

Apparently, Feinstein has held onto this information all summer.

If it was so important why not release it right away? It’s sort of like these anonymous sources. If it’s such a grave threat, why not come forward and prove you are not a coward. This is exactly why people are fed up with Washington. And rightly so.

This time liberal democrats have stooped to a new low. But we shouldn’t be surprised. After-all, they did it to Judge Bork, Clarence Thomas and the list goes on. Somehow they are able to get away with it. I suppose it helps to have the Left Wing Fake News Media on your side.

Judge Kavanaugh from what I understand is probably one of the most qualified people to ever be nominated to the Supreme Court.

Isn’t that what we want?

Apparently not if you are a liberal democrat the likes of Dianne Feinstein. This all boils down to one word. Abortion. That is the sacred cow of the Left in this country. All I can say is if Kavanaugh’s nomination goes down in flames then we have no one to blame but ourselves for electing representatives who put party loyalty before the the good of the country and will stop at nothing to destroy their political enemies.

I am calling for an investigation into Dianne Feinstein as to how she could have a driver for fifteen years who was a known spy.