The Invasion of Iraq: One Big Mistake After Another 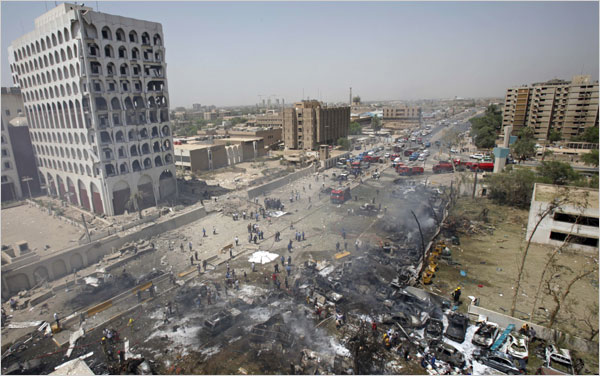 First, we did not follow up the troop movements that destroyed Baghdad’s infrastructure with military police. Then we were surprised that banks, museums, and hospitals were being looted. We did not guard the ammunition dumps and then were surprised that they had been stripped. Why were the military police not deployed? It would have increased the cost of the invasion. Our politicians either held them back to save money or they were just too stupid to realize the results.

Second, we disbanded a perfectly functional army that would have been loyal to anyone who paid them; thus we alienated a hundred thousand men who knew how to kill us. They were unemployed, had no money and no prospects, and thus we provided an almost endless supply of perfect candidates for a terrorist recruiter with money.

Third, we were so afraid of offending the Islamic radicals that we allowed them to increase their private armies from small mobs that could have been controlled to masses numbering several thousand before we decided to confront them. I think our politicians and sycophant generals are the best in the world at creating, arming, and energizing enemy forces against us.

The United States Army selects the best mid-level officers to attend the army’s war college to learn about the best way to prosecute a war using the least amount of resources and gain the maximum return on that investment, then Washington places a civilian in charge of running the war who has no training or military experience? And, with all our resources, we wonder why we can’t win a war!