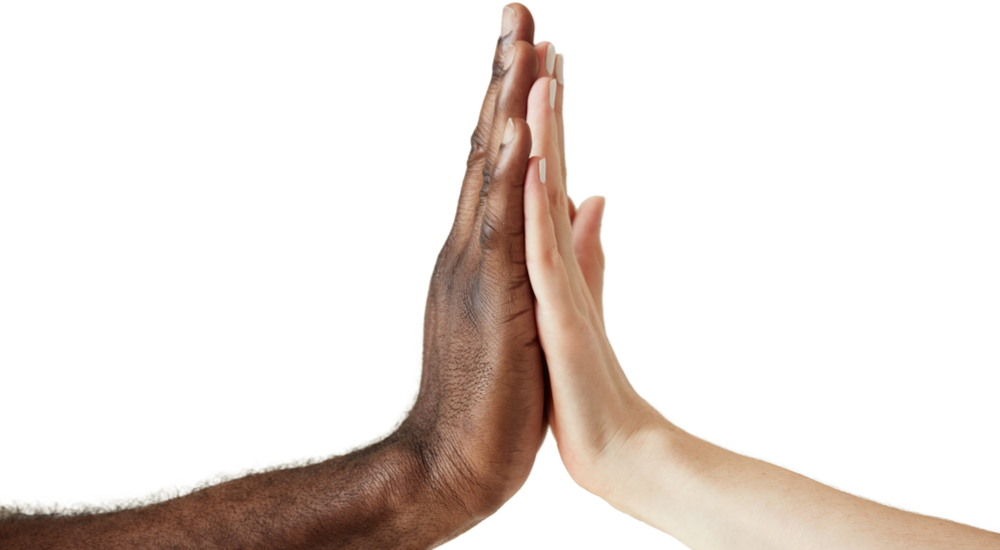 I did not realize it at the time that 46 years ago God gave me an incredible gift. He gave me Mary. My marriage was on the rocks. We were living in Edgewater apartments in Essex, Maryland. On my way to the parking lot, a cute blonde hippie neighbor asked my help. She had locked herself out of her apartment and asked it I could climb through her window and open the door. I could have been offended that this white girl assumed me, a black guy, knew how to break into her apartment. As I said, she was cute.

After I broke into her apartment, Mary and I laughed and talked for 4 hours; something I had never done with my wife. When my wife took our daughter and moved out, Mary moved in with me. I came home one day and found Mary weeping in our bedroom. Mary said she had a vision of us being together for a very long time. I thought, this relationship is just a rest stop.

After living together for 5 years, I became a born-again Christian. We stopped sharing a bedroom.

To no avail, I met with my wife to try to reconcile. Mary committed her life to Christ. My aunt, the late Rev Anita Bethea married Mary and me in a park. Her ceremony was so passionate that guests said Rev Bethea “nailed” Mary and me together. Both our families were not keen on our marriage. My aunt Shirley and her three daughters attended. My brother Jerry was to be my best man, but got lost. I asked a guest to serve as my best man. Jerry arrived after the ceremony.

Right before our wedding, I had landed the role of Judas in a regional production of the rock-opera “Jesus Christ Superstar”. The cast attended our wedding. Among the cast members was John Kassir who became the voice of the Crypt Keeper in HBO’s Tales from the Crypt franchise. Guests paid $1 a carload to enter the park and brought covered dishes. After the ceremony, we swam and played football, “The Bridal Bowl”.

Interracial relationships were not accepted in the 1970s.

When stopped at a traffic light in Baltimore City, a white guy exited his car. He cussed us out and threw his chewing gum at us. We laughed.

We tried to rent an apartment. The black maid told the white landlord not to rent to us because a black man who dates a white woman is no good. The landlord ignored her.

Mary and I were seated in a Baltimore county family restaurant when a white patron approached our table, broke a beer bottle over my head and ran out the restaurant. He was later prosecuted.

But most of all, Mary has been my greatest supporter, lover and friend; truly, an awesome gift from God. I recently re-recorded this song I wrote to Mary over 20 years ago. On our July 23rd, 41st wedding anniversary, the lyrics are even more true today. My love song is titled, “When I Look in Your Eyes”.

Here’s the link to view the “When I Look in Your Eyes” lyric music video: https://bit.ly/2JJgvLT Please enjoy.