Illegals: We Know Where They are, So Let the Deportations Begin 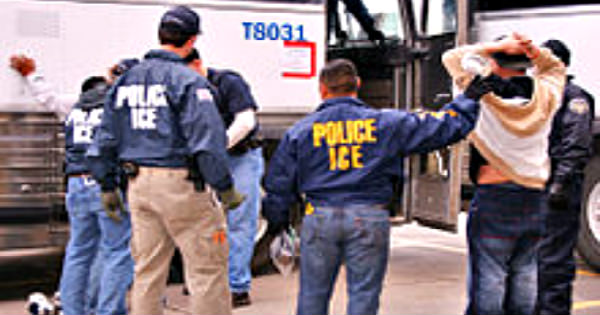 The latest from Pew Research  is that there are approximately 11.1 millions illegal aliens in America presently. That’s 3.5 percent of our total population.

Of that 11.1 million, Pew states that 61 percent of them reside in just 20 cities, or metropolitan areas. Of those cities, Austin, Texas has the fewest at 100,000, while metro areas like New York City and Los Angeles take the top two spots. That 61% equates to 6.8 million illegals concentrated in a relatively small area.

Surprisingly, the cities of San Francisco and Oakland only came in at number 11. They’ve really got to work on getting their numbers up. They accounted for only 240,000 criminal aliens. Frankly that is an embarrassment for the poster city of undocumented democrats.

The Washington DC/Arlington/Alexandria, Va. area came in seventh at 400,000. Of course I’m sure they need every one of them to cook, clean and mow the lawns of thousands of federal government employees, lobbyists, Senators and Congressman.

But as I stated, the winners of the illegal alien lottery, or losers, depending on your point of view, are the areas in and surrounding New York City and Los Angeles. Just these two zones of sanctuary house almost 2.5 million illegals. They far outpace the next closest, which is Houston, Tx. at a little less than 600k.

One would think Houston, being in close proximity to the Mexican border, little more than 350 miles, more would end their journey there. But my guess is that the benefits they receive in NYC and L.A. are substantially better. They better be. It’s another 1,400 miles from Houston to NYC.

Whether he knows it or not, Pew Senior Demographer, Jeffrey S. Passel, has done the Trump administration and it’s new Attorney General a great service. Without his extensive study, the task of finding illegals could be much more difficult.

Okay – so Trump, Sessions and new Homeland Director, General John Kelly, know where they are. It’s time to get to work rounding them up and shipping them back. But it won’t be as easy as all that.

Many of these cities are of the sanctuary variety, with Mayors refusing to cooperate with the feds. One has relented, the Mayor of Miami/Dade, but the rest, particularly the high-profile mayors, are steadfast against cooperating with Trump. So what to do?

I have no doubt that Trump would like to take the bull-in-China-shop approach and just send in whomever he must to extract the criminals, but that would end in a bloody (literally) mess.

However, I would suggest and easier approach. Sort of an end-around, if you will.

Of the top 20 cities housing 61% of all illegals, there are a few on the list which are not self-professed sanctuary cities. My advice is to concentrate on those two or three. But don’t make a big deal of it. This may be a problem for Trump.

Las Vegas Mayor Carolyn Goodman insists that her city is no sanctuary. Atlanta Mayor Kasim Reed also states that his is not a sanctuary city. When asked, Mayor Buddy Dyer of Orlando did his best to dodge the question, which means he is a coward and is ripe to be threatened with pulling his federal funding.

Speak to the three respective Mayors privately and give them a heads up of what you’re planning. When you have come to agreement on how best to proceed, make all the necessary preparations and go in. And by all means, do not make a public pronouncement until the operation is already underway. You don’t want to make the same mistake our military is forced to make – dropping flyers announcing that we will be invading an area on such and such date.

When illegals, and the rest of America, see that this administration is doing what it promised, the one or two major raids will have a magic ripple effect throughout the nationwide illegal alien network. Those here unlawfully will begin to realize that despite what their “courageous” big city Mayors claim now, their sanctuary status will eventually be revoked.

And just as happened in the Eisenhower administration, millions of illegals will opt to self-deport, rather than be forcibly removed.

And by the way, and excuse the vernacular, but screw the federal courts. The Constitution gives full authority to the Congress to write the rules on Naturalization and thus immigration. They have done so, and deemed that illegals shall be deported. End of discussion.