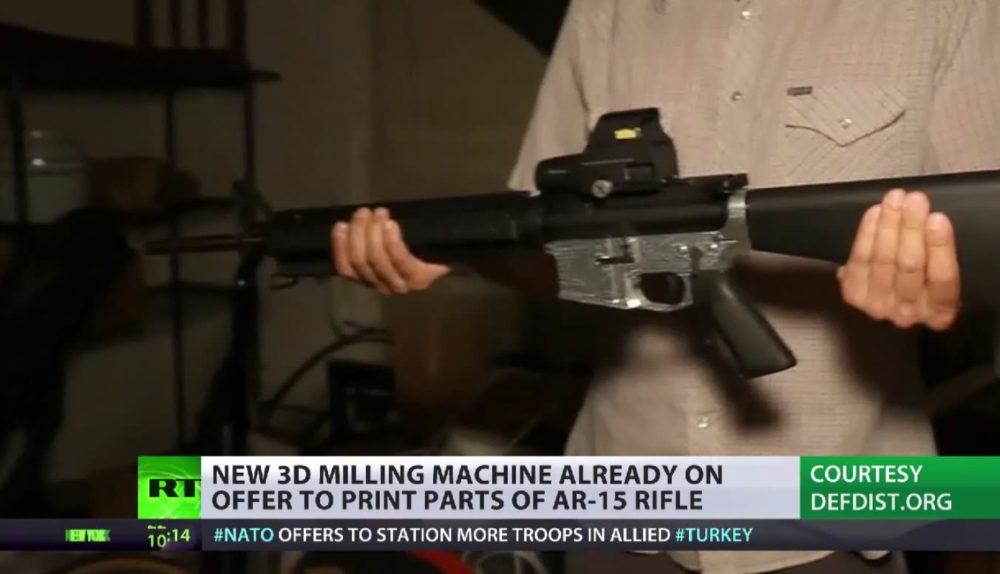 Last night on the NBC evening news at 6:30pm, Lester Holt was quick to report on a special news lie.

There are “Ghost Guns” being produced in the United States. He reported these ghost guns were being built and “Used In Brutal Crimes Across the US by blatant criminals.”

These ghost guns do exist, but in the hands of patriots who prepare to fight against tyranny if it should come to that in our country’s future.

NBC reported these were being purchased and built by persons unable to pass an FBI background check. They went so far as to engage a retired ATF agent to show the process as they presented it. The agent ordered and upon receipt completed the lower, which comes 80% complete and made an AR-15. The lower piece, receiver of an AR-15 is the portion of any AR that is serialized and considered to be a firearm. The retired agent took the AR-15 to a range where he demonstrated it to be a functional, complete firearm that shoots real bullets. It takes a bit of craftsmanship and related tools to complete the lower. The reporter took extra care to look/show there were no numbers or stampings on both sides of the lower receiver. There are more AR-15 brands and calibers than any other firearm manufactured. The MSR “Modern Sporting Rifle.”

These stories are “fake news” tactics to “INFORM” the sheeple in our country. It also placates the Schumers, Bloombergs and anti-gunners. Giving them another “talking point.” The ATF studied these “80% lowers” and issued decisions they were not firearms and did not need a serial number.

Tell us enough times that “sugar contributes to obesity” and we might then eliminate sugar from our diets completely.