How to Destroy a Country 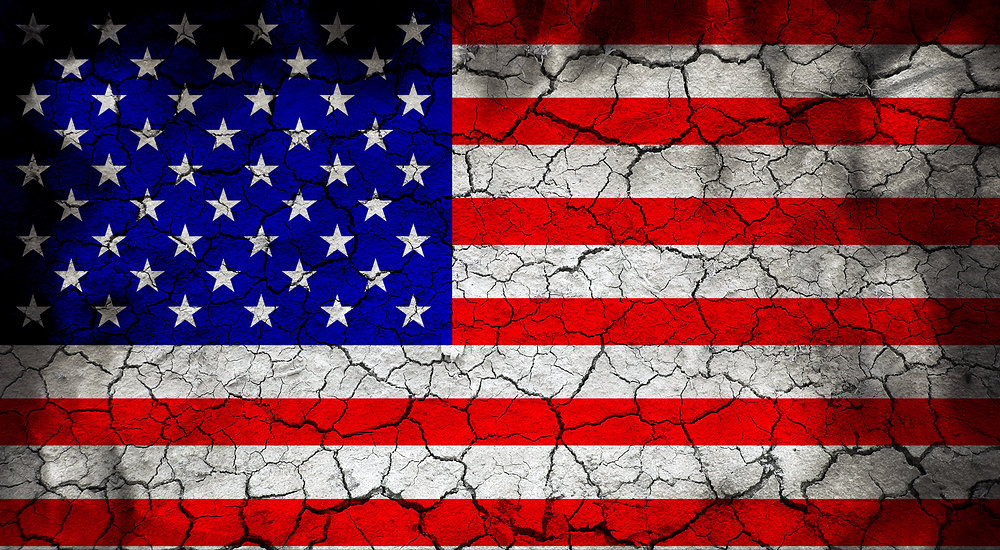 There is a common saying “ United We Stand, Divided We Fall”.

This is more than just a statement showing strength in numbers. It is the key to relationships for any collection of individuals under a common purpose. If you want to keep the relationship, whether it be a marriage or a nation, there has to be a unifying purpose that depicts unity. In the case of marriage there has to be an agreement between the two parties that shared values will be honored and pursued. There can be disagreements, but there cannot be schisms. This means in simple concrete terms that what one does is of no consequential harm to the other. As the relationship expands in numbers there cannot be a spokesman for a contradictory position to the stated purpose of the organization.

In the United States we are united by the principle of individual rights. We can have people speaking against current government policies but we cannot have people working to overthrow the country which would destroy this principle. They may speak but they may not act to wipe out that which gives them the freedom to speak. As long as this principle is understood and upheld the country can survive. When this principle is obfuscated ,the disintegration of the country begins. How can such a principle that has been in effect for hundreds of years be obfuscated? The same way anything can be destroyed by portraying it to be other than it is or simply ignoring its existence.

For example, let’s suppose Congress decides to pass a law that states a person must pay more in taxes than they require to meet their living expenses. Clearly this would ( and has ) cause a rebellion or mass starvation. Portraying a need for tax revenue as paramount to the survival of those providing it ,is obfuscating the reason for government ( i.e. to protect its citizens ). In the case of a marriage, one partner spending to the detriment of the other partner creates the same disintegration of a relationship. People , groups and agencies that do not recognize how maintaining a relationship works often attempt ( perhaps inadvertently, sometimes not ) to undermine the relationship by initiating creeping advantages of one part of the relationship over another. It works this way. Suppose a country says all are equal before the law. Then someone says employers are abusing their ( voluntary ) labor force. A law maker decides that to ensure equality some people must be treated differently ( sort of like affirmative action ) in order to “make things more equal”. So the lawmaker says employers must treat all of their employees ( while excluding the employers hiring staff and interns in the Halls of Congress ) the same. This means the slackers must be as highly valued as the producers. This obviously upsets the producers who feel they are being discriminated against and if this path is pursued further they may decide they too would prefer to be a slacker and the organization(s) falter. Thus the relationship dies. And with it, the relationship of the citizens with the government.

This is what happened during the Revolutionary War.

England decided that the Colonies would be treated differently ( i.e without representation ) than the mainland. Ignoring the vision of the Magna Carta and only applying it to the motherland left the colonies with the option of either becoming a slave state to England or creating a more just organization where equality and opportunity would be recognized and maintained. Immediately the forces that would seek political advantage began to work toward tilting the scales in their favor.

This process can also be identified as the creeping growth of government culminating in the eventual establishment of a regime where the individual is once again the ward of the state. Then comes the decision to passively comply or rebel. Much like the case of the marriage where one subjects the other to unbearable circumstances and forces the same decision. Many issues can lead to this “divorce” of a relationship but primarily they derive from the severing of the bonds of the relationship ( i.e. the commonality of purpose and agreement on actions for mutual benefit. ).

The divide over the immigration issue is one such action that will in all probability lead to a splitting of the long standing promise of America being the land of opportunity. This split is arising because the promise of opportunity has been obfuscated with the the rise of the welfare state. The opportunity to prosper is attacked by those prospering politically. It is attacked by those prospering in executive jobs of egalitarian unions. It is attacked by tenured professors prospering at the expense of more qualified teachers unprotected from the barriers of entrenched academia. It is attacked by the politicians in government who live in posh surroundings prospering on the taxpayer’s dime. This split builds resentment not only for the elite class of politicians who drain the surplus of the producers and redistribute it to the slackers in the name of a “safety net”, but for the designation of recipients who knowingly broke the law , trespassed and by sheer numbers have become a political force that the professional politician cannot afford to ignore.

This is evolving into the divisiveness that breeds revolution.

When one country’s dissatisfied citizens display the flag of the country they escaped from, you have to ask what are their intentions? A country so bad that its citizens must escape from it to work in another, is honored by waving the emblem of a rejected nation not loved enough to remain there? This to the loyal citizens of the United States translates into converting America into a country that too must be escaped from. This is not the America that those holding the honorable title of legal citizen will stand for.

Congress of all governmental bodies should realize the importance of the word “illegal”. They pass the laws that establishes “legality “. Yet they are willing to compromise even this , their most sacred obligation, for a possibility of getting voters to support their arrogant life style. So too the nobles of France et. al. In a word all you have to do to destroy a country is divide it. Create warring factions which is what happened during our civil war. Talk of human rights and deny them to humans and see what your policy produces. Require legality for some and forgive illegality for others and then expect no resentment? Show that you speak of “justice for all” then spit on those who abide by your dictates and reward those who ignore your laws. This is sure to create a harmonious country where demonstrations will be peaceful and infrequent.

When you pass laws that cannot or will not be enforced you create the climate for chaos. The rule of law becomes the rule of caprice. And the result of this is the chaos of random rebellion. And when random rebellion becomes rampant you have the destruction of a relationship between a citizenry and its government. And when you destroy this relationship , you destroy the country.

Such is the sacred obligation of those who would govern in a nation that promises to be a beacon of liberty. When they obfuscate that obligation in favor of a short term political advantage, they work to destroy the nation.