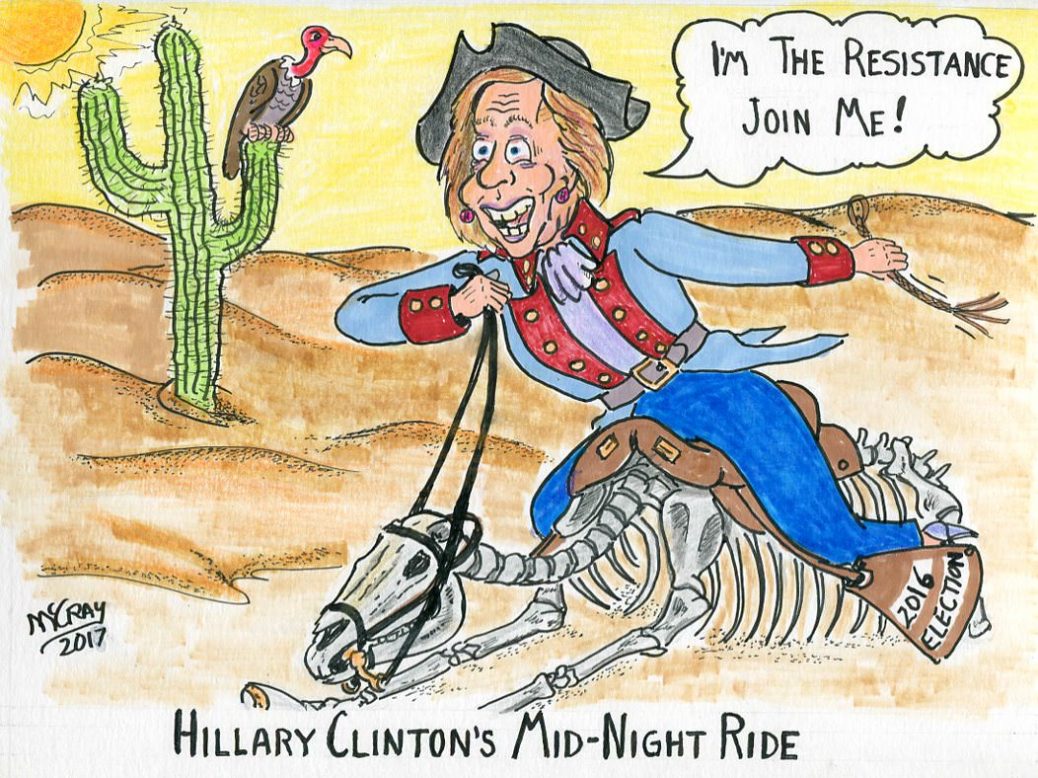 Hillary Clinton has come riding out of the woods in the middle of night screeching for her loyal followers to join her in the resistance against Donald Trump.  She refuses to accept the fact that the election is over and she has lost for the second time, she can’t seem to take a hint that she is beating a dead horse.  She needs to tread lightly, at some point her so called resistance movement will go from just being a bunch of sore losers to that of a subversive organization.  The best thing for her to do is ride off into the sunset.