Hillary Plans to Put Bubba in Charge of the Economy 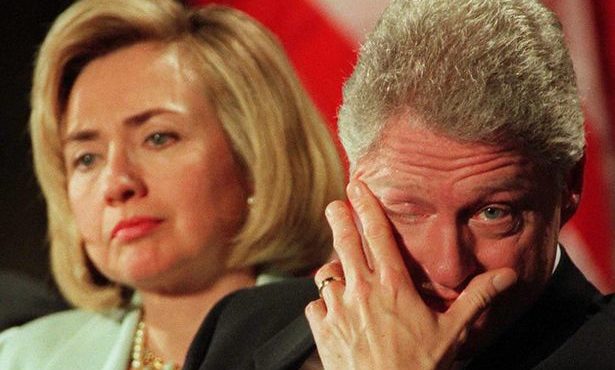 As I write this on Friday, May 20, 2016, I await with bated breath Hillary’s announcement that she didn’t really mean what she clearly said on May 15 – that she will put her husband, William J. “Bubba” Clinton, in charge of the US economy. I believe the only reason she hasn’t already repudiated her statement is that she hasn’t figured out how to do so without looking even more foolish.

Last Sunday in Ft. Mitchell, KY she used her atrocious grammar to proclaim, “My husband who I’m going to put in charge of revitalizing the economy because, you know, he knows how to do it.” On May 2 in Ashland, KY, she said much the same: “I’ve told my husband he’s got to come out of retirement and be in charge of this, because, you know, he’s got more ideas a minute than anybody I know.”

There are a number of reasons why this would be a bad move for Hillary to make; and why it would weaken our economy even more if she went ahead with it…

#2: Americans want to know that their president (not the First Husband) knows how to fix the economy. By saying that she will give Bill this task, she is admitting that she can’t handle it.

#3: She has shown weakness throughout her campaign by tying herself to Obama’s supposed accomplishments, since she has none of her own. (Of the three pieces of legislation she introduced while a Senator, the most important involved naming a Post Office.) By trying to associate herself with Bill’s economic policies, she shows further weakness.

#4: Polling shows that Americans don’t want to go back to the 1990’s. Bill Clinton’s economic policies were bad then, and they would be worse today.

#5: Hillary says Bill knows how to fix the economy. The fact is that the prosperity during the Clinton years was a direct result of reforms Ronald Reagan put into place during his administration, including dramatically lowering the top income tax from 70% to 28%. Economic policies take years to manifest change in our economy. The economy turns much more like an aircraft carrier than a speedboat. 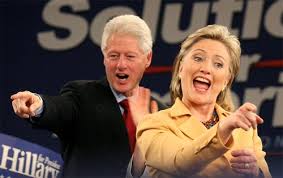 #6: Likewise, the disastrous policies Bill Clinton put into place during his eight years in office manifested themselves in the Panic of 2008. There are a number of reasons Time Magazine included him in their list of the people most responsible for the 2008 Financial Crisis that almost brought down the world banking system.

#7: One of Bill’s most serious economic blunders was pushing and signing the Commodity Futures Modernization Act, which exempted credit-default swaps from regulation. Credit default swaps, and dangerous form of derivatives gambling disguised as investments were one of the major reasons why banks and insurance companies failed, one of the major causative factors of the Panic of 2008.

#8: Another reason Time included him in their list of the culprits who caused the crash is his 1995 rewrite of the Community Reinvestment Act. This loosened mortgage qualification rules, and put added pressure on banks and mortgage companies to lend to people who could not qualify for a mortgage. This short-sighted act was a major factor in the avalanche of foreclosures, which were the other major causative factor of the Panic of 2008.

#9: There is a persistent myth that Bill Clinton eliminated the National Debt while he was in office. While the National Debt did decline somewhat during his presidency – as a result of the Reagan policies mentioned earlier – the Debt was at $5.8 Trillion when he left office. So why does the myth persist? Let me explain. The deficit is the amount the government spends each year in excess of tax and other revenues. This amount is added to the National Debt. A surplus occurs in a year that the government spends less than revenues. This amount is subtracted from the Debt. There were a few years during Clinton’s administration with surpluses, which gave rise to the myth that he eliminated the National Debt.

#10: Putting Bill in charge of the economy would be just as unconstitutional as when he put Hillary in charge of creating an Obama-style mandatory national health insurance scheme. She was an unelected official who was placed in a cabinet-level position. She did her work in secret meetings in violation of the Sunshine Laws. The net result was millions of tax dollars spent with zero results.

The bottom line is that we need a president who understands money and economics – not one who touts the supposed economic prowess of Obama and her husband. Granted, all presidents lean on advisors for economic and other matters. But how can Hillary hope to head up the largest economy in the world when she has exhibited such a woeful lack of even a basic college level knowledge of economics.

Hillary’s idea of economics is that of Barrack Obama, Bernie Sanders and Robin Hood (except that Robin Hood was nicer than any of them – and far more entertaining). Taxing the “rich” even more and giving their money to those who refuse to work is not only bad economics. It will result in more and more lost jobs, and the conversion of America from a Capitalist nation to a Socialist “worker’s paradise.”

VIDEO: Hilary Says She Will Put Bubba in Charge of the Economy

TIME MAGAZINE: 25 People to Blame for the Financial Crisis

GINGRICH:  It’s Not Bill Clinton’s Job to Run the Economy