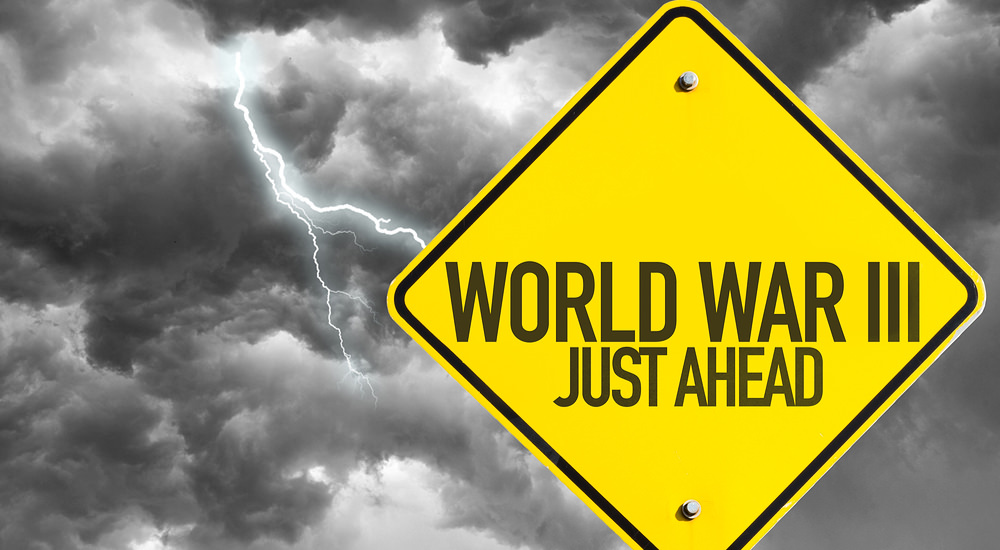 When Wikileaks and others started publishing what was really going on behind the scenes of Hillary Clinton’s presidential campaign both the White House and Mrs. Clinton started ramping up war rhetoric against Russia who they claim (without providing any evidence) hacked into DNC email accounts. Mrs. Clinton would have you believe that this is an attack on all Americans and not just her. The truth is all countries are involved in this type of activity and only a great fool would believe that the United States doesn’t do the exact same thing. In fact our government does it to us under the guise of “homeland security.”

Clinton and the Obama regime however has been making military threats against Russia.

The truth is that this is a fools game. Any military attack against Russia can only result in one outcome namely nuclear war but it isn’t just Russia that the United States might be having a nuclear war with if they do launch a military strike against Russia. There are many governments around the world which deeply resent Americas global military dominance and its dictatorial attitude because of it. For example it is highly likely that China would join into the fray as their citizens would be victims of any nuclear war between the United States and Russia and they are not alone. These countries could very likely band together in an all out effort against the United States.

Although some restraint might be expected at the beginning of any nuclear conflict this would quickly escalate into a full blown all missiles in the air confrontation as major cities are annihilated. The choice for countries like Russia and China would boil down to death or sovereignty. Either send everything that can launch against the United States or surrender unconditionally.

But regardless of how any nuclear war might end the results would be the same, nuclear winter. Millions would die in the first months after the war of nuclear poisoning, the skies would go black blocking out the sun and killing most vegetation, and the end of humankind would not be a question but only a matter of time.

The truth is there is no surviving a war against Russia. Hillary and Obama’s threats against Russia are irresponsible and extinction event dangerous and this is not the kind of rhetoric the American people should be tolerating.

Over the years some have tried to make the claim the President Obama is the Antichrist but what if the Antichrist is actually a woman. Remember Lilith the first woman God created? Or even Eve who committed the first sin? Are you willing to take a chance on someone who is threatening the extinction of the human race? Think long and hard before you decide.