A GPS for Planet Earth 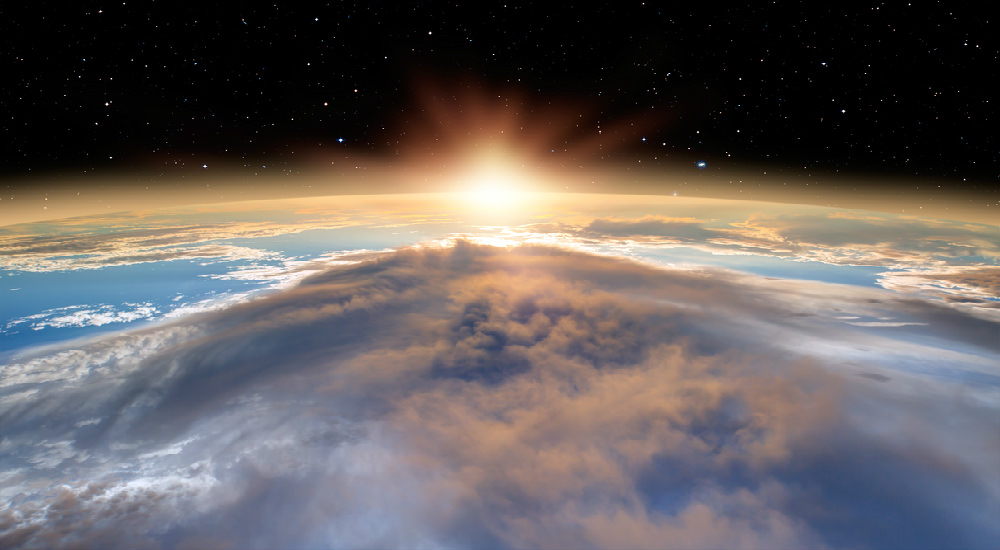 Without wishing to be insulting, if all you know or believe about the big picture of things comes from today’s public school (government) education, this is precisely the situation you are in.  You are lost.

Our spaceship is planet Earth, and it is travelling into the future at the speed of time.  Based on your public school education you don’t know where all this has come from, you don’t know where we’re going and you don’t understand what’s happening.  You are disoriented in space, time and meaning.

Oh, you’ve been told a story about the ship’s origin and your origin.  But you are still lost because the story you have been told is a scientific fable created to blind you to the truth; so that you will not know that you do not know.  And it is an incomplete fable, one without destination or meaning.

And, if you are like most people, you’re fine with this.  You are quite content to live in a Truman Show or take the Blue Pill.  If so, as you have probably figured out where this article is going, you have also probably just stopped reading.  Selah.

Okay!  You’re still reading, so you are not quite comfortable living in the Truman Show, or in the Matrix under the influence of the Blue Pill.  You sense that something is wrong with the world.

The world is getting crazier and crazier.  Have half the people gone nuts?  There are a thousand voices shouting at each other.  Behavior is becoming bizarre.  Is the TV audience brain dead?  Societally (new word), the planet is wobbling on its axis.

Psychologists have names for what we’re seeing, (well, most of it) but no real explanations.  The same goes for economists, sociologists, physicists, anthropologists and all the other “ist’s” lost in the mist.  (And for most of the “ers,”  “ors” and “ians” as well)

So far this is the easy part, agreeing that something is wrong with the world.

The next part is simply beyond me; to convince you of our true situation.  This is difficult to do because the fable has inoculated so many people against the truth.  And it is impossible for me to do because part of the truth is that we, as a species, don’t want to hear it.  We do not want to be reoriented.

Nevertheless, tah-dah!  I’m going to talk about biblical Christianity; but not the Christian “religion,” not today’s typical Christian church, and certainly not Christians, myself included.

Well then, what’s left?  The truth, reality, independent of any and all of the above.

Here then, to the best of my ability and understanding is, with possibly heretical brevity, a biblical GPS reading for this world.

First coordinate:  meaning.  There is a cosmic battle going on between Good and Evil.  And we are in the middle of it.  You and I, each and every one of us.

By the standards of the “ist’s,” a spiritual battle between Good and Evil is an inadmissible explanation.  But this is precisely what it is going to take to explain this whack-o world.  Non-spiritual explanations can’t handle this crazy planet.  Just look around.

So God created Heaven and Earth, angels, man, and anything and everything else that is, was or ever will be created.

The head angel, Lucifer, got full of himself and tried to take over heaven.  He failed, and got sent down to Earth, where we had been created.  In Eden he got Adam and Eve to disobey God and all of creation “fell.” Went bad.  Not completely bad, just too bad.  The human heart went really bad; rotten.

Satan (Lucifer) and his associated angels are destined for hell.  To get even with God, Satan wants to take us with him (thus the stunt in Eden).  And with our fallen hearts we are his natural allies, easy targets.  It’s a grim business.

God, on the other hand, wants to save us, His creation, from Satan and give us new hearts in spite of ourselves.   All this requires is for us to become perfect.  Great; we can’t do it.  So God sent His Son Jesus down to earth, as a man, to pull our chestnuts (and us) out of the fire. The jaws of death closed around Him, yet opened again in three days.

This spiritual division in the cosmos, the forces of Good and Evil acting on us, are why we get human behavior that the feeble fallen fable can’t explain; neither the extent of man’s wickedness nor of his goodness.

Second coordinate:  location/destination.  Our dimension is located between heaven and hell.  But our existence here is temporary; we are in a deteriorating unstable equilibrium.  Each of us is destined for a higher or lower realm, heaven or hell.

The way out of hell is to be rescued.  To be rescued from hell is simple, but not easy (for us or for God).  (See bible)

To be rescued all you need do is enter the new coordinates.  Believe that Jesus did in fact die for your sin (rotten, fallen heart) and in three days rise from the dead (proving He is God), and then repent and ask His forgiveness.  Mean it, stay with it, and you’re out of here clean.  Simple, but not easy.

No repentance?  No forgiveness.  Satan gets to take you with him.