“Good” Grief and the Ridiculousness of “Microagressions” 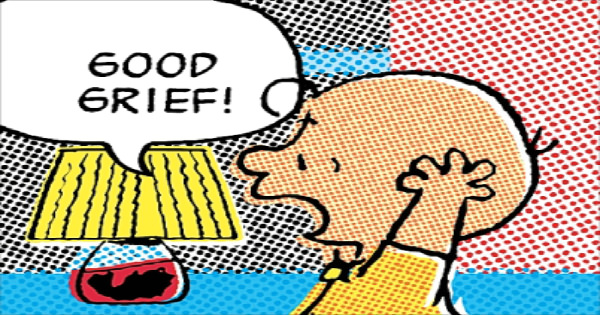 It occurs to me that different people handle grief differently.  On the loss of a loved one, some might be so distraught that they take to their bed and stay there for a prolonged period of time.  Others might begin drinking heavily, and still others might appear to be alright but they’re suffering from deep depression.   Myself, and admitting this might make me appear to be callous, but the death of a pet dog affected me more than losing a mother, a father or even a wife.   When my father died, I had travelled across country to see him and missed him by two hours.  On the return trip it was well over two thousand miles when, finally, I had to pull over and cry a little.   My mother was a different case because she had been in deep dementia for quite a while and the end was anti-climactic.   When my wife of thirty-eight years died, on a Wednesday, I went to work the very next morning…rationalizing that there was nothing I could do, and the kids were handling the funeral.

I notice that my forays into memory are more often as I get older, and it bears out that old saying, “Old people talk about the past because they have no future, and young people talk about the future because they have no past.”   Sounds logical to me.   Now and again I’ll hear, or play, some music that will make me recall an incident in my life…sometimes it’s a good memory and sometimes not.   Memories are like that, and if you hear someone say that they only remember the good stuff, well, they’re lying.   Your subconscious remembers everything and it can bring it back without you wanting to experience it again.   There is a memory that I have, a bad one, that will pop up with no warning and with nothing to cause it to appear…but there it is and it still bothers me today even though it happened about forty years back, maybe even fifty years ago.

There’s a term that keeps popping up in conversations these days…it’s micro-aggression.   From what I remember, micro means very small, and if it’s that small, how can it be an aggression?    You see a guy coming toward you and he’s brandishing a knife or a baseball bat, THAT’S aggression, but seeing words, in chalk, on a sidewalk, or hearing someone say something that is in opposition to your way of thinking, and you call that aggression?   It bears repeating that young people, and some older ones too, that have been caught up in this protest activity, have little or no idea what they’re protesting about or for.   Some of them didn’t even bother to vote and to my way of thinking if you don’t vote, keep your mouth shut because you can’t complain about how the government is run.   In every contest, from pie-eating to auto-racing to political elections…there are winners and there are losers.   Sure, losers are upset, but if they’re rational people and they’ve lost an election they shrug their shoulders, mutter something like “we’ll get ‘em next time” and then they go on with their lives.   A loss is not a micro-aggression, and that should be repeated over and over again until they understand it.

The incoming President may not be everybody’s favorite, but he says and does what I like, so I backed him.   The current President will have a failed Presidency as his legacy, and that legacy is more important to him than almost anything else, I believe.   In the almost-eight years that he’s been in office and his attempt to “fundamentally transform” the United States, he has broken faith with Americans all over the place.   How he avoided being indicted and/or impeached is beyond me.   Many instances where he went around Congress and made law when he was not supposed to be able to do that.   He even went around the Constitution and tried his very best to destroy that document.   His leanings toward Islam are well-documented and he has installed several Muslims in key positions in the government.    It’s my contention that the incoming President will reverse all of those appointments as well as doing several other things that were cornerstones of his campaign.

Parting shot…as was mentioned up front, people grieve in different ways.   No more pitiful sight, to me, is the plight of our service veterans…and I grieve for them.   People that might be better off, financially and physically, should not let the veterans down.   Do something, give something, even if it’s just your time…and THAT is most precious of all because you don’t get any more of that.