We have developed several versions of a simple demo-experiment of the kind we would use in teaching or an educational film. The equipment is simple, the reactants are in every pantry. The reacting vessels are in every grocery store full of soda pop and you get to drink it. There is no excuse for not doing this simple exercise that proves conclusively man-caused global warming is a false concept.

In the papers presenting this exercise we outline the work in ways anyone with basic high school math skills can understand. The work has been authenticated by Dr. James Rust, Georgia Institute of Technology and we offer it at “Science Frauds” and “Adrian Vance Archive” and any science teacher can verify it. And, we highly recommend you see the one hour video of the testimony of Dr. Ivar Giaver, a Nobel Physics 1973 laureate. It is his sworn testimony at a Washington State legislature hearing on “Global Warming” as he was a Professor at a State University and the legislature is rife with “warmers.” The video is a hoot. Meanwhile on Main Street…

LinkdIn is a service for professionals in many fields. To join you put in your credentials and are grouped with similar folk. We were lumped with hundreds of physical scientists, engineers and science writers who I thought would be a perfect group to popularize opposition to anti-CO2 misguides. Well….

I designed the paper “Proving Climate Change” to avoid offending believers, tempting them to read looking for ammunition to use on “deniers.” “Proving” means testing, but is often misused or perceived as “proof.” The paper includes extensive “stoichiometry,” the quantitative relationships, that can be validated by the reader or a science teacher, etc. The results are easy to understand and the experimental method is standard, i.e. a “Control” and a “Test” flask.

I have emailed nearly 1,000 of these papers to my LinkdIn group members to receive five positive responses, no reports from anyone having done the demo, but as many nasty objections to my daring to oppose “…what everybody knows,” and “…97% of all scientists say is settled!” plus the CEO of an energy consulting company who advises electric utilities how to raise prices. He was determined to crush me with clever objections and superior intellect. No cigar. He finally threw in the towel with an angry, “F-word” laced diatribe.

I have to conclude many, if not most, of our well-trained people in science know anthropogenic global warming is false, but they swallow it to be employed, pay their bills and enjoy being seen as “…saving the planet!”

They must have second thoughts as it is becoming more obvious this is seriously harming the economy. It will collapse and may well take the country with it. Where are they going to be when the truth is known? My simple truth demo is about as welcome as a Babe Ruth candy bar floating in the punch bowl at a church picnic, my favorite disaster scene when writing humorous trash fiction. I love disasters executed by small boys.

Unlike many major controversies where the perpetrators die before the truth emerges this one appears to be failing fast enough that the guilty will get to wear it for decades in their lives as so many of them are young.

There is no graceful way out of the exposure of anthropogenic, man-caused, global warming or “climate change.” It has cost America over $1 trillion and is adding about $34 billion per year. Every science book published since 1988 is invalid and will have to be replaced. This one issue will accelerate the end of books in print and it will be fascinating to see the tap-dances in thousands of physical science classrooms and a fun time for the teachers and professors who took lumps for 30 years for doing real science to sort this out at the beginning. Never forget: Wearing victory well is an art. 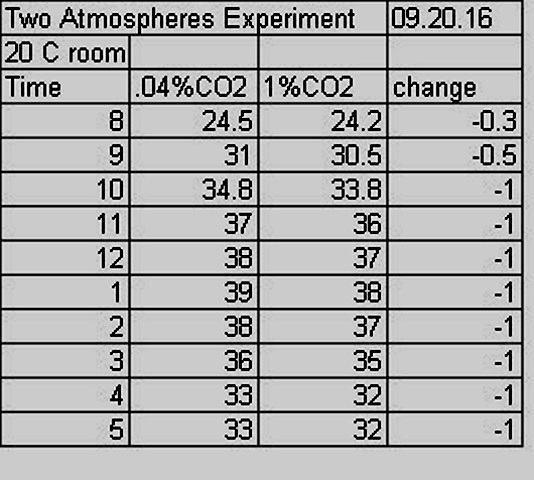