Give these Kids 4 Minutes of Your Time and Help them in their Mission to Fight Cancer! 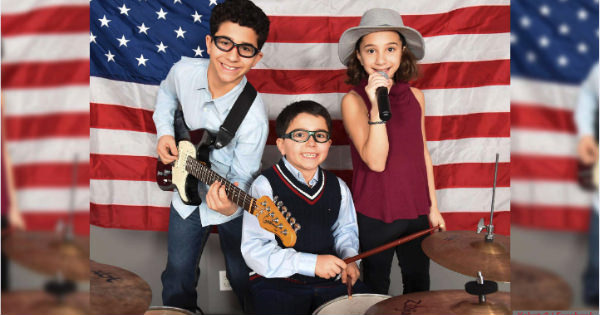 Almost everyone knows someone who has been affected by cancer. Finding a cure for this devastating disease requires dedicated research and the resources to finance it.

To that end, the Kakaty family of upstate New York has started a 10-week fundraiser for the Leukemia & Lymphoma Society to support research and advocacy efforts.

“We have family members that have cancer; we’ve got survivors in our group,” father Joe Kakaty told the Saratogian News. “It’s so everywhere. It’s among us everywhere. And our family is no different, so we wanted to help.”

And so the Kakaty children formed the band KAKT3, and wrote and recorded an original song for their campaign, “Someday is Today!” A music video for the song has been shared on Facebook, via KAKT3’s page.

The song’s title was taken from the Leukemia & Lymphoma Society’s slogan, “Someday Is Today.”

“A few of our relatives have experienced it and cancer touches everybody. Almost everyone around us has somebody who has cancer. That our day to help is right now,” said 11-year-old vocalist Bella. “It has a lot of meaning. I hope people get inspired to help more people.”

“About 50,000 Americans die from Leukemia per year,” said lead guitarist and eldest child Kenny. “It is very humbling and links us all to join somehow in the fight.”

The family hopes the song will be frequently shared to raise awareness of their fundraiser. Every dollar raised by these kids will be matched by an anonymous donor, and the goal for the Kakatys is to raise $50,000.

“We feel like it’s going to have a multiplier effect because we’re doing an online advocacy, pushing around in promotion, and at the same time we’re going to be in person asking people to give what they can to help,” said Mr. Kakaty.

He recognizes that $50,000 is an ambitious goal, but the reward for perseverance is worth it.

“We’re all trying to raise money for cancer,” he said. “When we win, cancer loses.”

Reposted with Permission from Conservative Review.