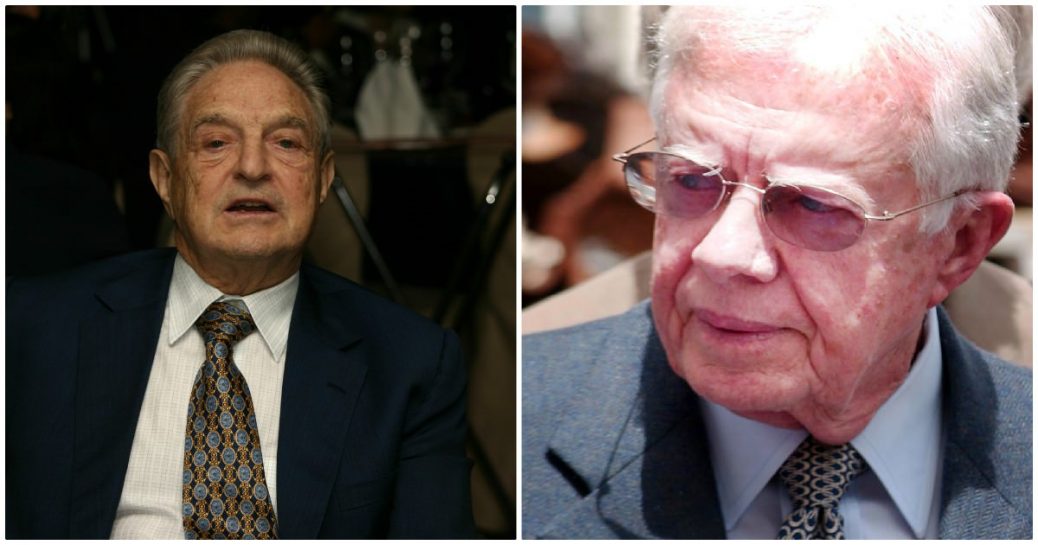 In Kyrgyzstan, Habitat for Humanity has partnered with the Open Society Institute and Soros Foundation. In Canada, US globalist President and Rockefeller shill, Jimmy Carter, makes illegals feel right at home. Former President Carter is not working in Missouri, or Texas, or Louisiana, but in Edmonton, Alberta, Canada, promoting the Soros-approved Habitat For Humanity.

Outside of America, Carter and his wife have worked with nearly 100,000 volunteers in 14 countries to build, renovate, and repair some 4,000 homes for families, according to the non-profit organization.

Meanwhile, churches in need of renovation are continuously sold and turned into homes, mosques and warehouses.  The globalist Habitat for Humanity is unconcerned.

It makes the Peace Corps of old look good. Decades ago, Shriver’s Peace Crops would at least go to other countries and help them build. Today, Carter builds for those in Canada rather than in their birthplace countries – rewarding those who illegally passed through the Mexican/US border, then into Canada.

Alinsky’s “Rules for Radicals” distributed with Taxpayer $$ under the Jimmy Carter Administration through VISTA program now under AmeriCorps. Alinsky openly dedicated his “Rules for Radicals” to Lucifer. How could a true Christian, which Carter endlessly professes to be, have allowed for this Alinsky book distribution? Nothing could have pleased Obama more!

Soros-sympathizing Carter still talks out of both sides of his mouth. In Canada, “touching on his enduring commitment to affordable housing and the growing gulf between the rich and poor in America,” – then why is he in Canada? – the growing gulf between rich and poor has been perpetuated, for decades, by Democrats striving and doing everything possible to destroy the middle class.

Conquest Through Immigration has never been more attractive or comfortable, thanks to American taxpayer-funded Jimmy Carter.  It’s his “Christian duty” to bring in Muslims and Buddhists from all over the world, to de-stabilize traditional Christian nations.  The rogue liberation-theology Pope Francis is in solid agreement!

Well, we should have known that globalists would move overseas and outsource everything they could, including American presidents! A globalist Habitat for Humanity will ultimately be a draconian one. Meanwhile, Jimmy, keep working very hard for unlimited illegals to destroy our infrastructure, dominating and depleting our services, while on an imperialistic Islamic political and incremental track to make Sharia the Law of the Land.