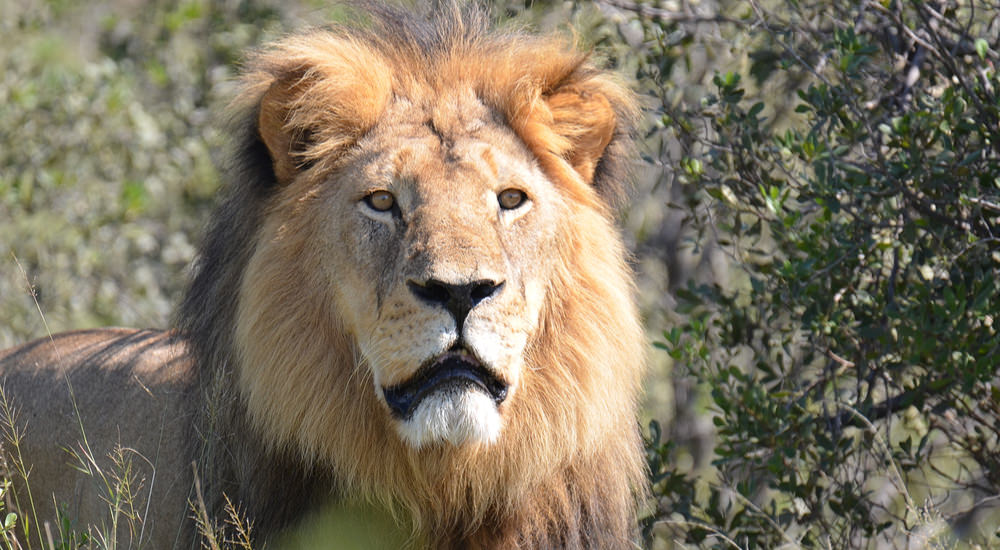 Dr. Walter Palmer, the Minnesota dentist, is a snarky little nerd of a man who felt he would prove his ‘manhood’ by cruelly killing the beloved lion, Cecil, in order to display his head prominently in his home. That dastardly deed not only failed to prove his manhood but made him the most hated man in America.

Palmer had made the trip to Zimbabwe to pay professional hunter,Theo Bronkhorst, $50,000 to lure Cecil out of the protected park to an unprotected area where the slaughter could take place. Bronkhorst also has been reported to be a game warden with the responsibility to protect animals in Hwange National Park.
After being led to Cecil by Bronkhorst, the beautiful lion was first shot by an arrow from the bow of Dr. Palmer, which punctured his insides and remained lodged in his body as Cecil used every ounce of strength he had left to flee. He suffered intensely for 11 horrible hours, roaring in agony, until Palmer, who stalked him, found where he was and finished him off, confirming his “manhood.”
According to Environment-Wildlife Journalist Taylor Hill of TakePart, Zimbabwe Environmental minister, Oppah Muchinguri-Kashiri, initially called for Palmer to be extradited to Zimbabwe for trial along with Bronkhorst,not for the killing, mind you, but for them not buying the proper permit to hunt in that country. The entire unfortunate tragedy is wrapped in money and greed.
A year later, Palmer was notified that he would face no charges. Here is the original story and background regarding this atrocity:  http://www.renewamerica.com/columns/miles/150801
It has just been learned that the accomplice to Palmer’s murder of Cecil, Theo Bronkhorst, has also been freed from all charges. What? His lawyer, Perpetua Dube, told South African news site, News24, that the charges against his client were, quote, “too vague to enable the defense to properly mount a defense.” And that settled it. How’s that again? You never learn that ridiculous defense in law school. Those people are so lacking in ethics that there was never a full trial for either of those two misfits from hell.
The killing of Cecil generated such international outrage that the African park officials complained that–now get this–“The Cecil effect is leaving too many lions alive.”  What bloodthirsty greedy savages! And yet, uncaring ignorant tourists keep coming to that area and enriching those people–rewarding them– by doing so.
Meanwhile, several countries, due to the efforts of those of us who advocate for animals, have restricted the import of lion trophies. Several airlines now refuse to ship any animal trophies. Poachers have been hampered. It is now illegal to import and export Ivory (from elephants and rhinos) and to even sell any “works of art” made from the tusks of elephants that were cruelly killed to obtain this ivory along with rhinos for their horns.
That law was put into action after speaking with the offices of Senator Dianne Feinstein in San Francisco and D.C. with the request to draft and sponsor this bill which she did and which was then passed. All ivory products were confiscated and destroyed. We will push for the severest of penalties upon anyone who causes pain to animals, beasts and indeed, all living creatures.
All those who are cruel to animals will face severe judgement from God Himself, Who created the animals and loves them. It seems that animals have more sincere and caring  hearts than humans.
For the entire original story, along with photos, click on this link: lhttp://www.takepart.com/article/2016/11/15/pro-hunter-who-led-dentist-cecil-lion-gets-scot-free?cmpid=tpdaily-eml-2016-11-15
ANALYZING TODAY’S NEWS FOR TOMORROW’S HISTORY
Photo Caption: The Beauty of the Lion
Photo Credit: Google