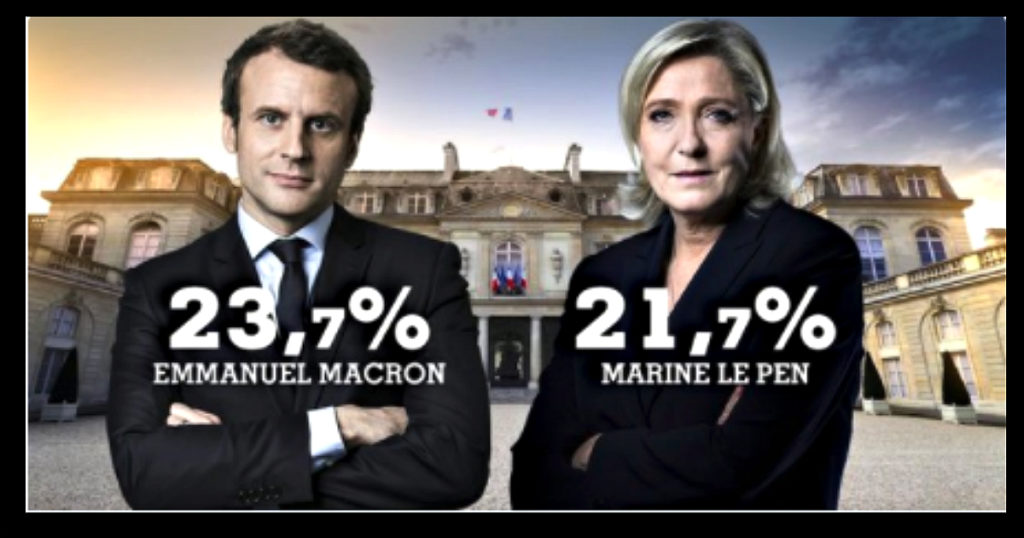 Just as in America the leftwing press is portraying the leftwing Communist as a “centrist” and the rightwing capitalist as an “extremist.”

The difference between the two French candidates in their run-off for the presidency is stark.  Leftist favorite Macron comes from the French Communist Party, but has taken up the false flag by establishing his own party consisting of only himself for the election as the centrist candidate.  Le Pen is no Donald Trump, but she is a Frenchwoman who sees what leftist policies are crafting in her country.  France, along with almost every country in the EU, has been suffering numerous terrorist attacks from their imported Moslems.  Macron, who endorses importing Islamists, says that she is “promoting civil war” by her condemnations of Islamist jihadis.  Le Pen condemns Macron for inviting foreign invaders who would foment an internal war into the country.  Which is right is obvious to any morally right thinking person.

Le Pen may be the underdog in French socialist society, but she is gaining ground quickly in the run up to the election just as Trump did.  Americans all know that the leftwing media controls most of the polls and skews them in favor of their candidate.  It can only be hoped at this point that the Left cannot pull off a voter fraud coup to put their socialist in power and keep France going down the road to her own destruction as the Netherlands did recently.