The Freedom of the Christian Man 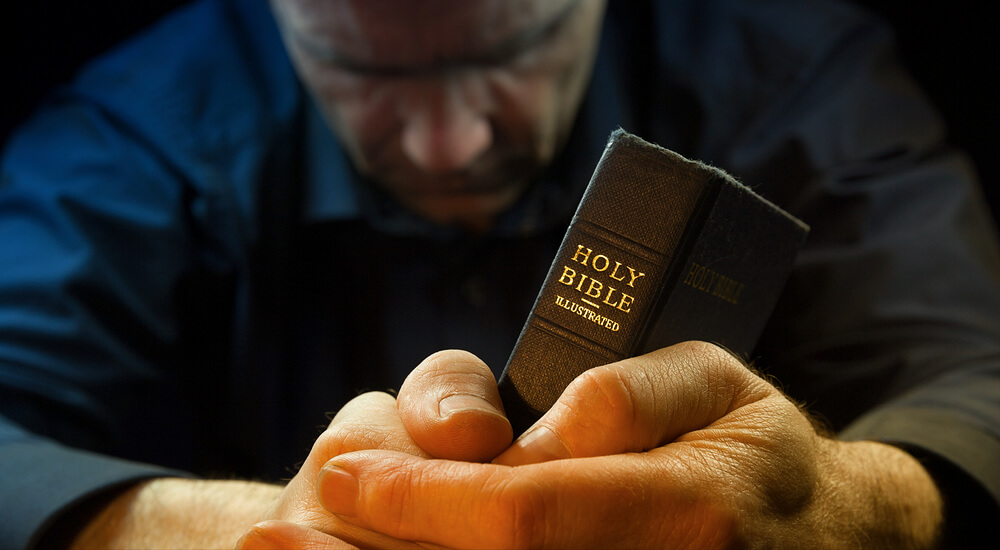 The Christian Reformation began as an attempt to reform, not Christianity, but the Catholic Church. Many people were troubled by the Church and its practices, such as the sale of indulgences (tickets to paradise) and simony (buying and selling church positions).They considered these as false doctrines and malpractices within the Church.

Martin Luther, Ulrich Zwingli, John Calvin, John Knox and other  reformers protested these and other practices and beliefs of the Church such as Purgatory, devotion to Mary (Marina veneration), the intercession of and devotion to the saints, most of the sacraments, the mandatory celibacy of the clergy, the authority of the Pope, forgiveness of sins by priests ( only Jesus can forgive sins), incense, crossing oneself, kissing rings, holy water, rosaries and relics. None of these are doctrines of Christianity. They were practices of the Church. The reformers did not deny the authority of the Bible. They thought the bible should be read literally. They rejected allegorical interpretations of the Scriptures and regarded the texts of the Old and New Testaments as something like statute law. The words meant what they said. Anything not contained explicitly and literally in the Scriptures was to be rejected, and anything that is contained explicitly and literally in the Scriptures was to be followed unwaveringly. This is the essence of Protestant Reformation.

Luther wrote a letter to Pope Leo (which resulted in his excommunication from the Church) in which he explained the substance of his ideas. The letter is entitled “On the Freedom of the Christian”. According to Luther, the essence of Christianity is “freedom”, or “liberty”.   It is this concept that eventually gave rise to the notion of individual freedom, political freedom, and economic freedom. Most of the European Enlightenment revolves around freedom and the project of “liberating” people: liberating them from false beliefs, false religion, arbitrary authority, tyranny, etc. — this is what is called “liberation discourse”.  The liberals have no desire to liberate anyone. They are happy to deal with the most oppressive regimes with no concern about how they brutalize people.

Most people think the word “Protestant” derives from the verb “to protest”. Nothing could be further from the truth. Protestant does not derive from the verb, it derives from the noun “protestation”, a word we seldom use anymore. It means: a solemn declaration of fact, opinion or resolution. When our forefathers were first called Protestants at the Diet of Speyer, they weren’t thought of as mere rebels against Rome — far from it. The charge was more serious. They were affirmers of a new faith. They were making a solemn declaration about a new kind of Christianity.

In the year 1517 Martin Luther nailed his 95 Theses of Contention to the door of the church in Wittemberg, thereby making his intolerance with the corruption of the Roman Church public, and stirring the discontent smoldering in the breasts of the faithful who packed his church on Sunday mornings to hear him expose and mock Catholic unrighteousness.

In April 1521 Luther was summoned to appear at an ecclesiastical court, where the emperor was also present, in order to investigate his dissent.  A century before the böhmisch Jan Hus was asked to come and be interviewed by a similar court regarding his religious opinions. He was promised “safe passage” to lure him to Germany. After interrogating him, it was decided he was guilty of heresy and he was burned at the stake. The court said it had no obligation to keep a promise made to a heretic.

Now Luther was in the same situation. He was ordered to recant, he hesitated and was allowed time to think about his answer overnight. The next day he was magnificently brave when he said his conscience would not allow him to recant, he stood by all he had said and written, and he said the famous words: “Here I stand. I cannot do otherwise. May God help me.” Six of the great lords of the area stood up to take his side, but the court condemned him to be burned at the stake. However he was saved when Friedrich III the Wise, Elector of Saxony, had him kidnapped and brought to Wartburg Castle where he lived incognito and translated the Bible into German. This feat sent shock waves all over Europe which also reached England. In 1525 Tyndale had his translation of the Bible into English printed in Cologne, and over the next few years 18,000 copies of this Bible were smuggled into England. In 1530 King Henry VIII gave orders that all English language Bibles were to be destroyed and anyone caught distributing the Tyndale Bible was to be burned at the stake. Tyndale was mercilessly hunted and went into hiding in Belgium where he wrote revolutionary documents. He was betrayed to Henry’s spies and burned at the stake in Belgium. In 1560 the Geneva Bible was published in English in Geneva by English reformers who fled to the continent to escape persecution by the Catholic Queen Mary. According to one 20th Century scholar, between 1560 and 1630 no fewer than 200 editions of the Geneva Bible appeared. It was the Bible of Shakespeare and Paul Bunyan and Cromwell’s Army and of our Pilgrim Fathers, who especially loved the stories of the Old Testament and gave their children names of the Hebrew prophets — Elijah, Isaiah, Jeremiah, Ezekiel, even Habakkuk, and names like Seth, Caleb and Joshua. The Pilgrims made their laws in the New World according to Leviticus.

Between 1893 and 1904, a Memorial Church to honor Martin Luther was built in Speyer by believing Protestants together with the State. Inside there’s a statue of Luther on a pedestal with a Bible in his right hand and his left hand balled. There are also statues of the six Princes who stood by him and supported him during the dangerous trial. Of all places, this church was chosen to present a “concert” of a “Mass for Peace” in which a Muezzin’s call to prayer by an imam is presented twice.  About 40 people in an “Action Group for Persecuted Christians” gathered in front of this church to protest. One of them was a very wonderful and special lady called Heidi Mund. She’s known as the “brave German” because she confronts Muslims at demonstrations and is not afraid of them and their threats. She was born in East Germany and raised as an atheist, then she met Jesus and is now an ardent believer. On this particular night of this concert, she bought a ticket (36 Euros) and went to the balcony. When the imam walked to the podium to begin his Islamic call to prayer, she stood up and waved a German flag that said “Jesus is Lord Here” and called out Luther’s words: “Here I stand. I cannot do otherwise. ” Then she called loudly “I break the curse you have put on this holy place, I will not allow you to unhallow it.”  Then of course they came and escorted her out. She — a Christian taken out, and the Moslem allowed to stay — unbelievable. I know Heidi, we have been to demonstrations together and she is active with Pegida. She is lovely and such a strong believer. At CBN she is interviewed by Pat Robertson in an interesting video. It’s worth getting to know this great and holy heroine.