Free Speech Under Fire, A Gullible Man-Child Leads the Forces of Fascism 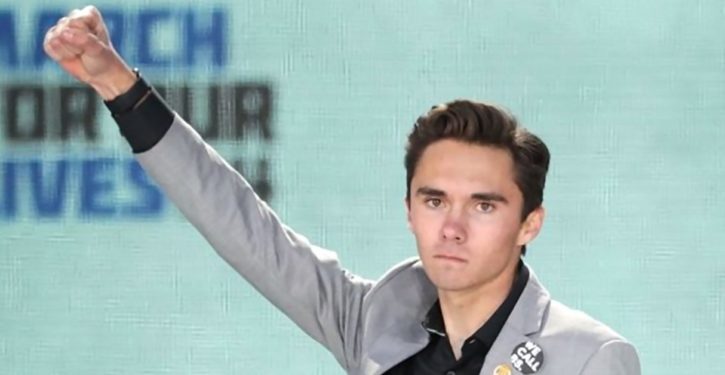 When you stand before the people and express your opinions and beliefs, you had better be ready to withstand the slings and arrows of adversity that may come your way.

Allowing for his youth and the trauma he was subjected to, David Hogg, an 18 year old student and survivor at the Marjory Stoneman Douglas High School in Parkland Florida has in the aftermath of the mass shooting, assumed a major role as a spokesman for the protest movement for gun control. Mr. Hogg has been in the forefront of defining the anti-NRA message on social media and cable news.

Sadly what has occurred is that this young man has become a victim once again, this time of a crazed overzealous media with an anti-gun agenda, and because of his youth, gullibility and immaturity, now seems to think of himself as a celebrity warrior activist, a darling of the elites with all its pomposity and specious self righteous indignation. He’s been involved in public service announcements (PSA’s) and spoken on the National Mall at the Washington, DC rally. There are other students who also went through the horror of the mass shooting, and have spoken out both pro and con NRA, but regrettably David Hogg has overshadowed his peers.

Other Victims of mass shootings are the family members of those who are killed or suffer injury. Patrick Petty lost his sister in the Parkland massacre; he voiced his opinion on social media with this statement “I find it funny that David Hogg wants people to show him love while being nasty and vile to others. Worse than that, he and his friends have not said a word to me since the shooting; considering my sister died on 2/14, don’t you think it would’ve (been loving) to reach out to me”? Others have spoken out criticizing Mr. Hogg and his vulgar and intemperate behavior, including Joe Newby a military veteran wounded in service to his country.

Mr. Hogg by now considers himself above reproach, and has assumed that most of America is concerned and interested in his welfare and everyday life, so he voiced his disappointment on social media of his rejection for admittance to certain colleges. But so full of pride and arrogance is Mr. Hogg, thinking how any college could deny me admittance is out of the question, but then we don’t always get what we want.

Following this, Laura Ingraham on her Fox Cable News talk show chided Mr. Hogg. This didn’t sit too well with the man-child, and so he struck back, not with courage and maturity, but like the spoiled child he is, incapable of doing the right thing and confronting his antagonist. Instead Mr. Hogg, in a public tantrum and with the aid of the far left radical Media Matters, called to arms his 600,000 followers and threatened to boycott the sponsors of Laura Ingraham’s show. As of this writing, 10 of these spineless companies have refused to continue to advertise on her show, jeopardizing her position on Fox.

It never fails when loathsome liberals in the media will take the opportunity to castigate anyone they disagree with, especially conservatives, even going so far as to wish upon their nemesis the worst of outcomes. One hate-filled liberal female columnist in a local newspaper, who heaped praise and adulation on the man-child, hopes Laura Ingraham loses her show, even knowing that she is a cancer survivor and the single mother of three children. Heartless and ideologically driven, and like her employer, this columnist represents the worst in the media, and proves what I have often said of how liberals think of those they disagree with, or cannot compete with in the arena of ideas, if you can’t beat them don’t join them, destroy them.

As of this writing a statement has been issued by Jack Abernethy, the co-president of Fox News, “We cannot and will not allow voices to be censored by agenda-driven intimidation efforts”. “We look forward to having Laura Ingraham back hosting her program next Monday (4/09) when she returns from spring vacation with her Children”. Mr. Abernethy, we applaud you and Fox News.