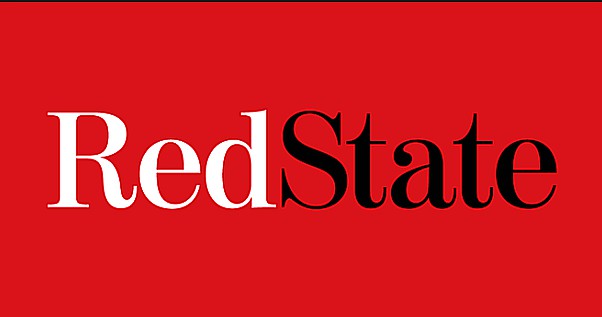 #NeverTrumpites bemoan Salem Media’s right to administer RedState.com, a site I haven’t read in a couple of years. RedState.com no longer occupies the list of top websites I read, sites that still include Poltico, Mediaite, and other Left-loosey venues.

That’s right. Pretends. If these phony frauds want to identify as Tories, I don’t have a problem, but traditional conservative? Like WFB or RWR? Not on your life.

Real conservatives are done being duped. George Herbert Walker Bush ran as “Reagan’s third term,” but that liar immediately purged the Reaganites from the Bush White House beginning in 1989.

From that moment, Bush, who hated Reagan and opposed him–i.e. Voodoo Economics–in 1980, learned nothing during Reagan’s two terms. When Carter left office, revenue was in the neighborhood of five hundred billion dollars, but spending reached $550 billion, (10 percent over budget). When Bush won, tax revenues had doubled, but spending topped 20 percent over budget because of the Democrats and faux Republicans in Congress lied about spending cuts that never materialized.

Conservative principles worked, and G. H. W. Bush would make certain they never worked again. Bush gave us King Ahab and Queen Jezebel, and real conservatives handed the Republicans the House and Senate for the first time in four decades. A few years later, King Ahab signed a balanced budget, but those budgets didn’t last very long because the establishment Swamp was never interested in balancing the books. Once the Contract with America had run its course, Congress reverted to being the pigs on Animal Farm.

After King Ahab, George W. Bush won by the slimmest of margins. But, open borders, cheap foreign labor, and “free” trade that helped our competitors and harmed us…. that was the way of the Washington Establishment. Like Low-energy Jeb! said, “Illegal immigration is an act of love.” (Choke me with a spoon).

Then, what followed President Skull-and-Bones was a foreign-born Muslim (show us the actual birth certificate, not the fake one filled out in Times New Roman font) and closet Communist who took over one-sixth of the US economy, dismantled the military, led from behind, and intended to transform America from first-world to third.

And, it almost worked. And would have, but you Swamp denizens forgot one little detail.

This nation was founded by Europeans tired of being persecuted for worshiping the God of Isra-el as they deemed appropriate. They’d been forced to join established state churches or suffer the consequences. But, they found religious freedom in the land that one day would become the colonies, the United States, and the lone superpower, a nation ordained by God to preach the Gospel worldwide and (much later) to protect his people Israe-el after He called them back into their own land. The U.S. had to become a superpower to fill the role God intended.

But, almost ALL Democrats and most establishment Republicans hate the Bible, hate Christians, and secretly cheered the “almost certain” election victory of Queen Jezebel. Those “conservatives”  who voted for Jezzie included the Bush family, Billy Bob Kristol, and just about every other #NeverTrump phony conservative in the body politic. They didn’t care that Jezzie would continue the Muslim’s transformation of America by eliminating borders and allowing foreigners to swamp us. If I didn’t know better, I’d think these Tories wanted to undo Yorktown and return us to imperial rule, complete with a peerage (them) and peasants who bowed to them (us). They were all in to make the People’s Democrat Party the new Communist Party for the 21st Century.

They acted in DEFIANCE of Acts 17:26. From one man He made every nation of men, to inhabit the whole earth; and He determined their appointed times and the borders of their lands.

Since the French Revolution in the late 18th Century, the Left (the self-identified goats of the Bible) declared war on God and His people. Their Reign of Terror lasted from 1789 to 1989 when the God of Isra-el began the process that would dismantle the Left once and for all time. It began with the Berlin Wall and Ceaușescu (Merry Christmas, by the way) and will end with the regimes in China and North Korea falling to His will.

But, all y’all can laugh into your sleeves because all this Christian Bible stuff is just so much hokum. Right?

Yet, the worm turned at ten o’clock eastern standard time on 8 November 2016.

Evangelical leaders, some of them at least, knew the day Trump rode the escalator to the lobby that the God of Isra-el had chosen him to lead this nation, to Make America Great Again. Trump is God’s Jehu, and like the Jehu of the Bible, Trump overthrew Queen Jezebel and is taking this nation in the direction God intends.

And there is NOTHING you #NeverTrumpists can do about it. Nothing. What Trump’s enemies should learn is this: All of you have been weighed in the balance and found wanting. Every Democrat and establishment Republican, every Swamp bureaucrat, the Leftist (fake) news Media, Hollywood, and every university and institution long infected by the virus of political correctness are being exposed, and the corruption of all is being revealed for everyone to see.

Consider yourself fortunate, #NeverTrumpite, that you only lost your audience and readership. You could have gone the way of Janet Reno whose famous last words were, “Donald Trump will #Never be president in my lifetime.”

Thank God America is being restored and its enemies thwarted at the same time. Rejoice, and again I say, Rejoice.