Russian Lawyer Back in the News 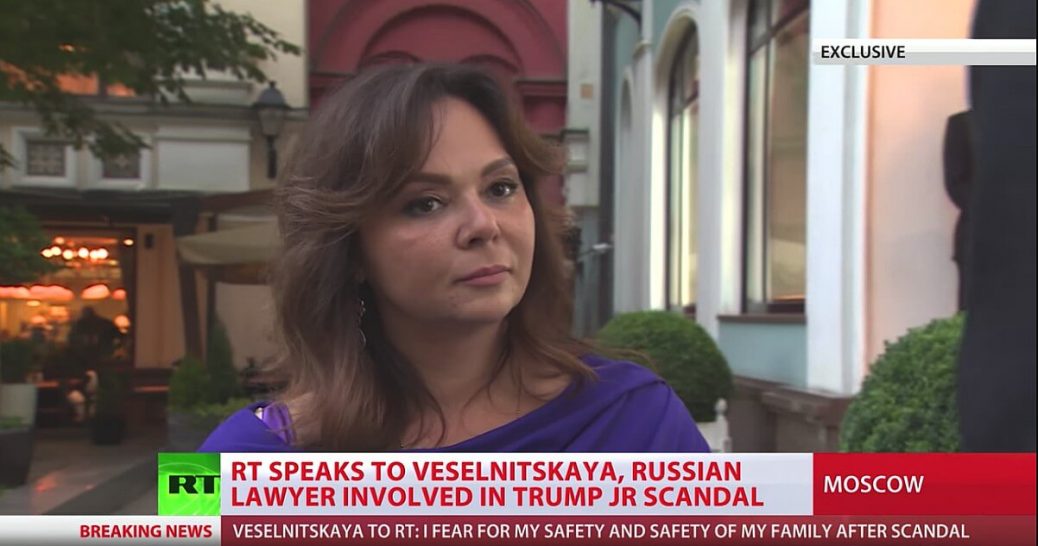 Natalia Veselnitskaya, the Russian lawyer who made her way into infamy by being a principal in the much debated “Trump Tower meeting”, is back in the news cycle.

Her statement of “I am a lawyer, and I am an informant,” is what has propelled her back into the spotlight as it has been seized upon by the die-hard “Trump-Russia” conspiracy theorists as their theory seems to be imploding around them, as evidenced by the conclusion of the Intelligence Committee’s investigation and the lack of evidence being turned up by Mueller’s probe. All the findings and prosecutions so far have been non-Russia related.

The tin-foil hats have fervently grabbed hold of this as a last gasp chance to keep the conspiracy theory they are peddling relevant. I just saw an article that asserted the new revelations definitively prove that Russian intelligence “almost certainly orchestrated and ran the key Trump Tower meeting.” This is from John Hanger of the Daily Beast, so consider the source.

There are some very large questions posed by Hanger’s assertion. According to the new info released about Veselnitskaya, she has been involved with, and is still in communication with, the office of the Russian Prosecutor General. She had been active in a real estate investigation in 2013. That doesn’t sound like GRU to me. Sounds like legal work.

But then, assuming she is indeed a spy, and Russian intelligence was thoroughly in control of the Trump Tower meeting, how does THIS fact pattern fit in?

Both right before and right after the meeting at Trump Tower, she met with Fusion GPS. Should this lead us to believe then that Fusion GPS is also affiliated with Russian intelligence? And if Fusion GPS is indeed connected to Russian intelligence, what does this say about the fact that through a third party law firm (which is laundering by the way, and also a violation of FEC rules), the Clinton campaign hired them and used their product to try to influence a national election?

There it is! We found the collusion! Only it seems the arrow head is pointing the other way.

This article was used to help fashion this op-ed: https://nypost.com/…/russian-who-promised-clinton-dirt-to-…/