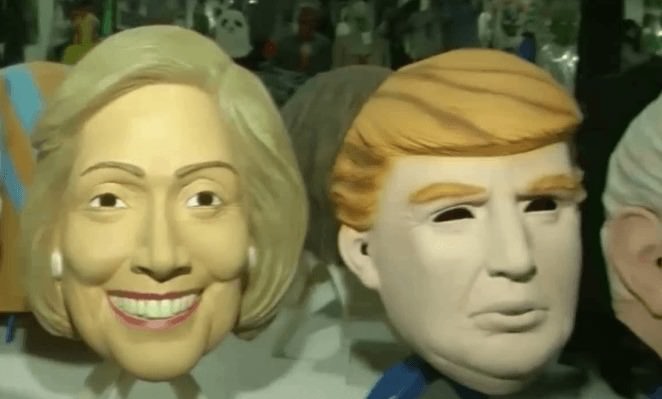 “It was the best of times, it was the worst of times….” A Tale of Two Cities, Charles Dickens.

Thanks, Chuck, for reminding us, but, when do we get to the best of times?   We are already living in the worst.  Take this year’s Presidential Election.  A person would have to go pretty far back into America’s history to find TWO candidates both loathed by their respective parties.  Fifty-six percent of Democrats have a unfavorable view of Hillary, while approximately 60% of Republicans believe that Trump is hurting the party.

So, Chuck, why don’t we quaff a few tankards of ale in front of the fireplace and try to put this into perspective, party by party:

The Democrat party hasn’t had an original idea since the seventies when, according to them, they invented disco platform shoes.  Up until the election of 2008, the party wielded the dull, double-edge sword of bigger government and raising taxes on the rich.  Then, in 2008, their miracle happened: Barack Obama.  He was a junior senator from Illinois with little or no experience, but he had one thing that the other candidates didn’t have, namely, color.  It didn’t matter that he was only half-black, or that he might not have even been born in this country, the Democratic party had its novelty act!  Don’t like his policies?  You’re a racist.  Question his religion or his patriotism? You, racist, you!  Playing the race card as the novelty act worked for the Democrats in 2008 and 2012.

The Democrats, having figured the race card worked, have now decided on a new novelty act: a female candidate.  They have somehow figured out how to assign a vagina to Hillary (hey Chuck, pass me some eye bleach, thanks) and now the country needs to rally around her because she is a female.  Forget about the deaths of four Americans in Benghazi, ignore the email server crimes, or Whitewater.  Forget about her failed policies in the Middle East that has led to the outbreak of ISIS.  Do you remember how she treated the women her husband sexually harassed?  How dare you, you misogynist, male chauvinist pig!  Will she do away with Constitutional amendments she doesn’t like, change the scope of the Supreme Court and inflict worse pain on businesses than Obama?  You’re darn tootin’ she will and, if you do like it, than you are a sexist pig.   Be careful, or Hillaryites will show up at your doorstep and paint your house pink.

What can you say about a party which has somehow developed the knack for snatching defeat from the jaws of victory?  In 2008 and again in 2012, when a super candidate was needed to face the Democrat novelty act, the Republicans came up with “Lame” McCain, in 2008, and “Granite” Romney, in 2012.   The only thing more exciting than watching these two dead fish was finding out the election was over.

In 2016, eighteen of the best governors and senators, along with a badly orange tanned business man, ran to claim the mantle of Republican candidate for President.  When the smoke cleared, on the badly orange tanned business man, Donald Trump, remained.  How the hell did that happen?  All speculation aside, we are left with a 5 year old brat trying to get elected to the nation’s highest and toughest job.  Ask his followers, the Trumpazoids, and they will tell you that he “tells it like it is”, he’s not answerable to any special interest group and wants to build the wall.  I guess their idea of “telling it like it is” is the use of toilet humor (penis jokes), insulting women and disabled people, and whining about how the media is covering his campaign.  Forget about his comments about the judge in the Trump University lawsuits.  Just remember he will “Make America Great Again”.  People say his popularity is due to the fact that he taps into the rage most Americans feel towards the Washington, D.C. establishment.  Yes he might have done that but what is missing is his answers that will end the rage.  In fact, if you listen closely, you can hear that he doesn’t have a clue.  He just wants to win.

So, there you have it, the lineup for this year’s 2016 elections.  It now comes down to Hillary, who might be indicted before the election, running based on her “female parts” and Trump, who has neither the experience or temperament to run a nation.  These two are our choices.  God help us all!!!!

Hey Chuck, pass a few more tankards of ale.  Might be the only way to get through this!