Drums along the Rio Grande 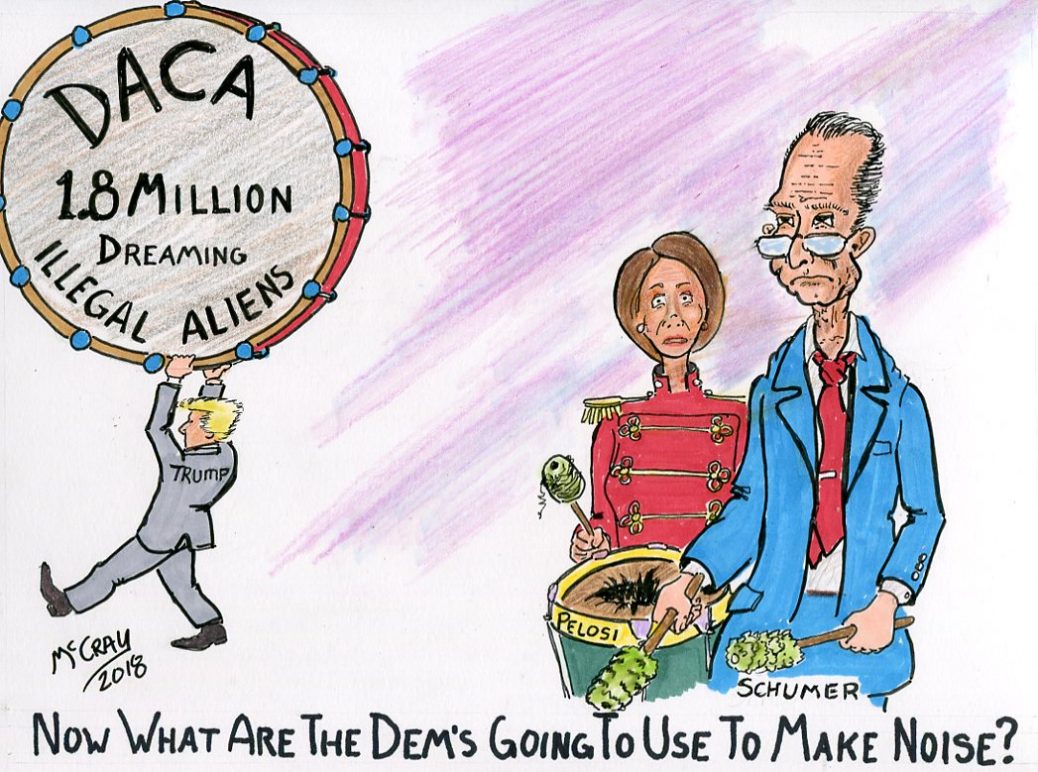 Besides their hatred for Donald Trump, the Democrats are down to one issue on which they can beat the drum.  And that is the DACA Program, which will give their presumed future Democrats, the illegal aliens a permanent stay in the United States.

President Trumps move to present his plan for the DACA illegals combined with the border wall and border security, has made both conservatives and liberals mad.  Trump is forcing both sides to negotiate issue as a total package of Border Security and that takes the DACA Drum out of the hands of the Democrats.

The only thing that the Democrats are proving is the illegal aliens are more important to them than the people they work for, the Citizens of the United States.