Desecrating the Past and Destroying the Future 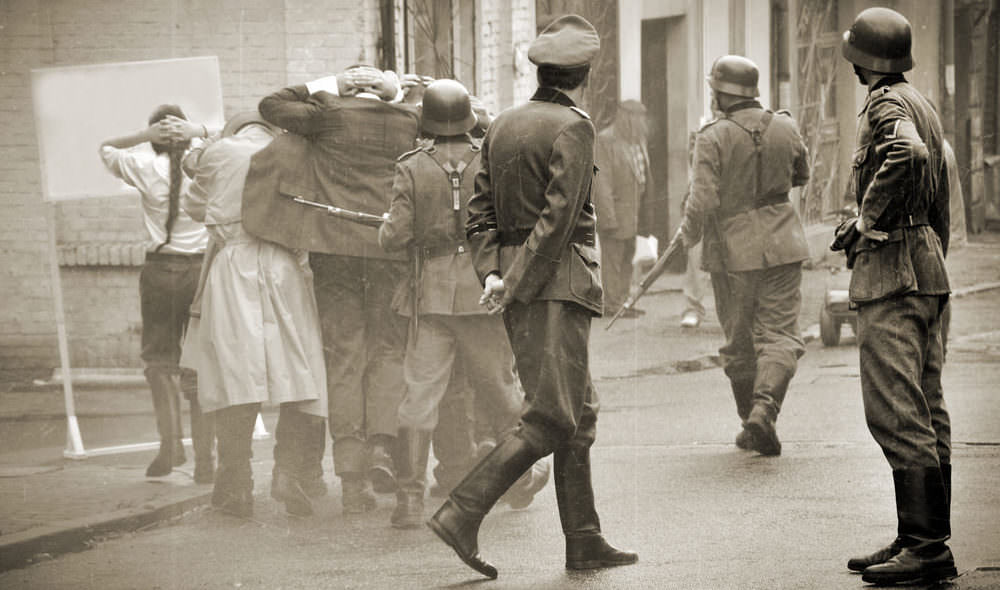 When the soldiers of World War Two laid their lives on the line fighting against the regimes of Germany, Italy and Japan they believed they were fighting for freedom.  They believed they would preserve the legacy of a country that protected and preserved individual rights and would forever put to rest the idea that an oppressive government would threaten their beloved America.  They had thought they had put collectivism and totalitarianism in the tomb of historical irrelevance and insured their descendants would inherit and enjoy the protection and promotion of individual rights the Declaration of Independence had promised.

What they in reality fought for was a deception they were unaware of.  They fought for a flawed political system that was compromised by the invasion of a component of corruption and power lust that eventually would infiltrate America with the same attributes of totalitarianism the soldiers fought against on foreign lands.  The victory won so many years ago is beginning to ring hollow as the same vestiges of statism are creeping into what was once the land of the free.  The soldiers who fought never realized their political leaders would default on the freedom they had been entrusted to preserve.  Slowly and deliberately power lust and political pandering the process of expanding the government and promotion of the same altruistic welfare premises that had created the collectivist countries of Nazi Germany, The Soviet Union and Red China brought America to the status of a debt ridden land where individual freedom was greatly diminished by the shackles of its own government.

No longer would the most efficient and cheapest energy sources be developed.  No longer would the people with ambition be able to start up a business without stifling regulations and confiscatory taxes.  If you had asked a soldier laying his life on the line on the sands of Omaha Beach if he thought American politicians would drift into the same policies the Nazis had implemented he would have scoffed.  Today he would realize this is exactly the direction the country is headed.  Who would have thought in the era of patriotism during the Second World War that without a shot being fired the American government would evolve into a bloated interfering monster loaded with free spending agents undercutting the fiscal stability of America.

The memorials will ring hollow if what the soldiers valiantly fought for is desecrated.  How can we talk of the land of the free and the brave if we are stifled by cowardly legislation that takes away individual initiative?  Where is bravery when the lock step of block voting for political gain is sanctified?  The founding fathers were men of stature, independence and recognized the government was not a place to launch a career of confiscation and redistribution.  They were not pandering parasites but brave souls that fought for a country where dictatorial edicts were forbidden.  Their political offspring ignored the spirit of these giants that founded a country unlike any other in history and slowly and surely undermined the country to reflect the replica the War for Independence fought against.  This traitorous drift was not questioned and in fact encouraged by the intellectuals and media that failed to grasp the spirit of 76.  Now that the country is in the throes of financial collapse we are sitting ducks for dumb suicidal bombers and dreamy eyed fanatics who are hell bent for election and have no idea what a proper political climate consists of.

You can see the drift into fairy land becoming increasingly evident as the politicians evade, ignore and dodge whenever an issue becomes controversial.  This means they might get caught and either don’t want to address the issue, don’t want to produce evidence or simply want to move on.  This is not the way to project a positive model of what should be and how to get there.  Politicians seeking power for power’s sake which is the majority of today’s crop have not developed any ability to understand the proper role of government and fight for its implementation.

The soldiers of today evidently don’t realize how hoodwinked they are by our political leaders who feign over them and are simultaneously undermining the country the soldiers are fighting for.  Why is our foreign policy geared to giving away the store as a way to appease?  This nonsensical bankruptcy can only be traced to the mentality of those who expect to get away with what can be clearly seen as destructive.  This is the predominate political mentality of today.  It is based on evasion and it permeates academia, politicians and the main stream media.  This in essence is brainwashing by default.  An independent mind would challenge the notion that a political leader should have power to violate individual rights.  An independent mind would question the notion that spending can be done with abandon and increasing debt will somehow create wealth.  An independent mind would take an interest in what was being said before voting for a messianic speaker whose message was one of ancient failures and bromides.

The future of America cannot be bright either financially or spiritually if the ideas of failure are allowed to be dominant. We have seen where ancient ideas have led the people of Europe, Asia and Africa and it isn’t difficult to project where the same ideas will lead America.  Imagine in the future when America is under the thumb of an oppressive government with individual initiative squashed, poverty rampant and foreign aggression at the doorstep.  This is the inevitable result of adhering to ideas that have a history of failure.  Will there still be memorials to the brave men and women who gave their lives so that America could falter under misguided political leadership?  Will the participants wonder what was it all for?  This is the potential legacy of the political thought of today.