Democrats Prove they are Unable to Learn from their Mistakes 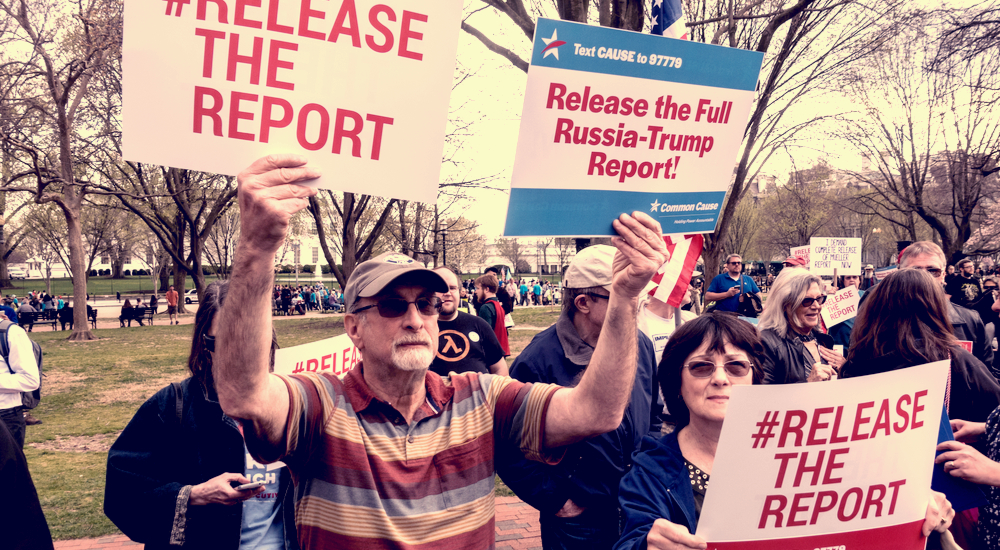 The same liberals who had complete faith in Mueller saying they have proof that Trump colluded with Russia are now saying that Mueller is a Trump operative covering up the truth.  Before the Mueller investigation came to any conclusions, they declared Trump guilty.  Now, before reading his report they declare it to be false.  These politicians now want all of Mueller’s research to conduct their own investigation.  What they want is to continue their witch-hunt to find any crimes or salacious rumors by which to condemn President Trump and justify impeaching him on the basis of their lies.

There is not a Democrat alive who believes the Constitution guarantees your rights.  Democrat pollsters destroy Republican ballots and allow illegals to cast provisional ballots that they intermix with legal ballots.  Ignoring and breaking laws is pure leftism.  Laws are made for the subjects over whom they would rule.  They burn the America flag as a symbol of hate and oppression because they worship God as an oppressor and Satan as a liberator.  They advance the cause of socialism that breeds only slavery to the state.

If President Trump allows Democrats to continue to undermine American law and overthrow the government of this greatest of nations, he is either not taking this threat seriously enough or he is complicit with it.  There is no real evidence for the latter except supposition, and not being a liberal dupe means not believing in insane conspiracy theories like millionaires wanting to burn up the planet for money.  But if he doesn’t realize that Democrats will destroy him and his family by any means, seize power to overthrow the Constitution and that he must crush them before they can corrupt the polls, then he is only setting himself up for ultimate failure.  If it takes Executive Orders to beat back Democrat corruption, then Obama has already set the precedent when he crushed American energy.

Over the next few weeks, the nation will be inundated with lunatic Democrat conspiracy theories and condemnations all based on false premises, innuendo, and phony allegations.  It’s not even worth it to listen to the news anymore as there is no intelligent life on any networks.  Distracting the nation with this bogus investigation into nothing is meant to keep people focuses away from the invasion that is taking place.  Democrats are importing more than a million Latino-communist welfare voter slaves each year in their effort to bankrupt and overturn Republican states.  President Trump, please bring the fight to them!

Dealing in Reality Against the Fictional World of Liberalism