Yes, Virginia, You did Receive a Tax Cut 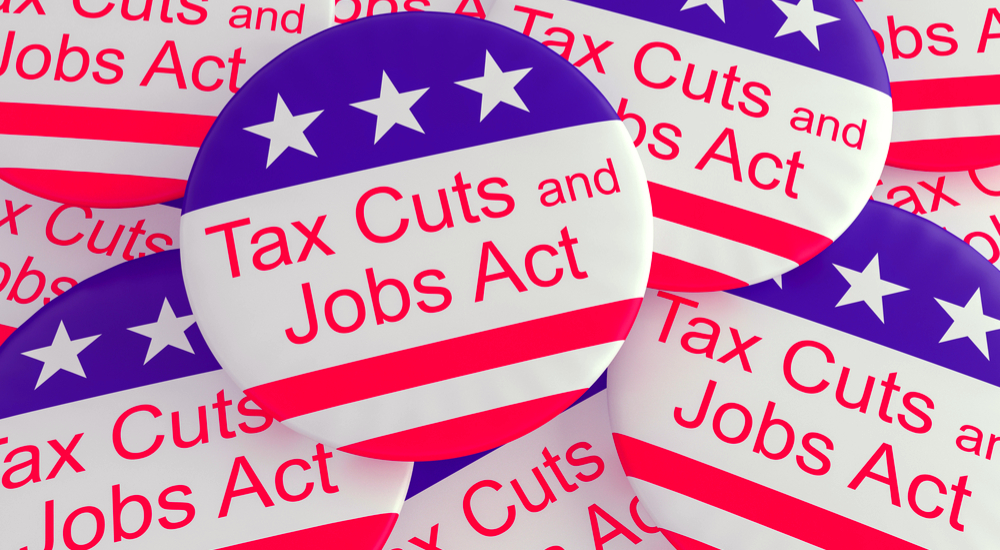 How stupid have we become, as a people?

How can the majority of Americans possibly believe that a tax cut means that their taxes will go up?

Why isn’t the media calling out the Democrats for their blatant lies and FAKE NEWS?

As the President pushed his tax cut through with the help of the GOP in Congress, Democrats were telling their voters that this meant they’d be seeing a tax increase. AND THEIR VOTERS BOUGHT IT.

Did CNN chastise the Democrats for lying to their constituents? NO.

Did MSNBC excoriate the Democrats for spreading FAKE News? NO.

Did any of the broadcast networks or the ‘papers of record’ report on the Democrat lies, or “fact check” them? NOPE.

Not until the NY Times, more than a year later, did the media tell Americans that they did indeed get a tax cut. And the NY Times only did so because they learned that the vast majority of Americans didn’t realize that President Trump had saved them more than $2,000!

If you’re an American taxpayer, you probably got a tax cut last year. And there’s a good chance you don’t believe it.

Ever since President Trump signed the Republican-sponsored tax bill in December 2017, independent analyses have consistently found that a large majority of Americans would owe less because of the law. Preliminary data based on tax filings has shown the same.

Yet as the first tax filing season under the new law wraps up on Monday, taxpayers are skeptical. A survey conducted in early April for The New York Times by the online research platform SurveyMonkey found that just 40 percent of Americans believed they had received a tax cut under the law. Just 20 percent were certain they had done so. That’s consistent with previous polls finding that most Americans felt they hadn’t gotten a tax cut, and that a large minority thought their taxes had risen — though not even one in 10 households actually got a tax increase. 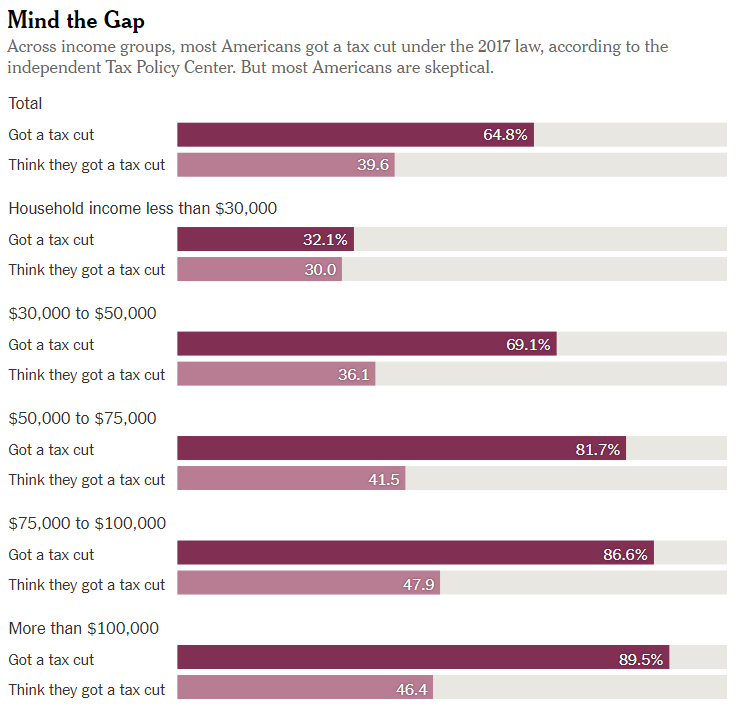 As the NY Times points out… people are idiots.

How can most people have saved upwards of $2500 last year and not even realized it?

That’s a ton of money!

Former CNBC anchor and current Whitehouse National Economic Advisor, Larry Kudlow was on the only network telling the truth to repeat what the NY Times was saying…

“Average families making $75,000 per year saved $2,300… Businesses are going to save huge amounts of money, not just big businesses, but medium and small businesses, which are driving the economy right now. We have the most incredible drop in unemployment in 50 years. Trump’s policies: lower taxes, deregulation, opening up energy, and good trade deals. We are in a rising tide of prosperity. His policies are rebuilding the economy.

The biggest beneficiaries are the blue-collar workers — not the supervisors. We’ve never seen blue-collar employment like this in 50 years.”