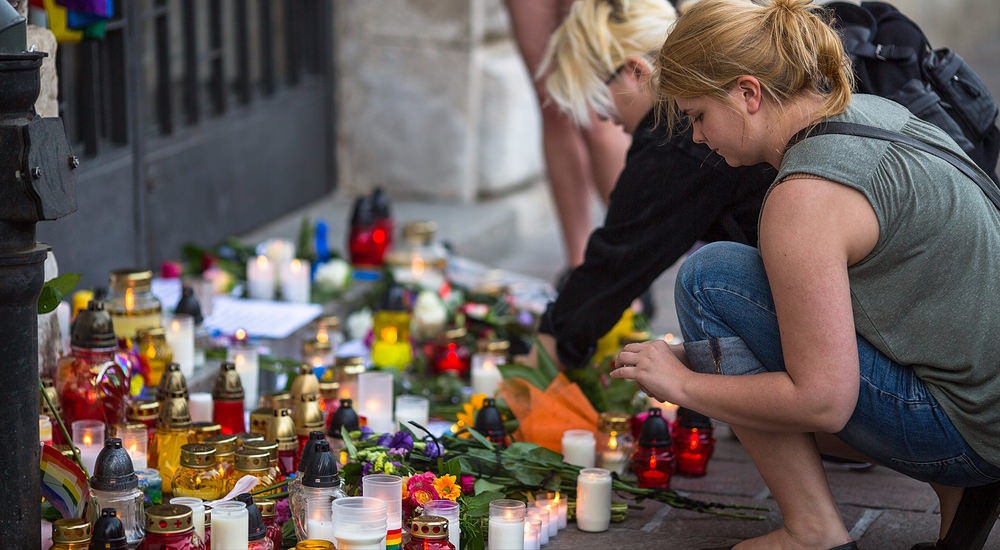 Following the mass shooting in Orlando’s gay nightclub Pulse, a shooting committed by an Islamist Jihadist that killed 49 and seriously wounded 53 people, Democrats put forth four bills in the Senate to further restrict guns in the hands of Americans.  Obama has been on TV saying, “Weapons of war have no place on our streets.”  Despite the fact that the shooter, Omar Mateen, pledged his allegiance to ISIS and the Jihad, and that he purchased his weapons legally – passing an FBI background check despite being on the terror watch list – Democrats want to ban the AR-15 rifle (that Mateen did not have).

As any soldier, hunter, or gun owner can tell you the AR-15 is not a military grade weapon of war, but a common rifle with the outer design of the M-1.  The purpose of this is to make manufacture of the M-1 less costly to the government.  It has no more effect on making the gun more military grade than putting the body of a Corvette on the chassis of a Ford Pinto.

Disregarding the fact that the bills were all defeated in Senate committees, Democrats in the House of Representatives staged a sit-in on the floor of the House demanding a vote on the dead bills.  They sat on blankets and pillows, had catered food brought in (on the taxpayer’s dime) and disrupted legislative business for two days while they had their little party for the cameras and their ignorant supporters.  This is the extent to which Democrats are willing to go to deny law-abiding Americans their 2nd Amendment rights, while having no interest in stopping Islamic terrorists buying guns right here in America where Democrats are inviting them to commit the next terrorist attack on this country.