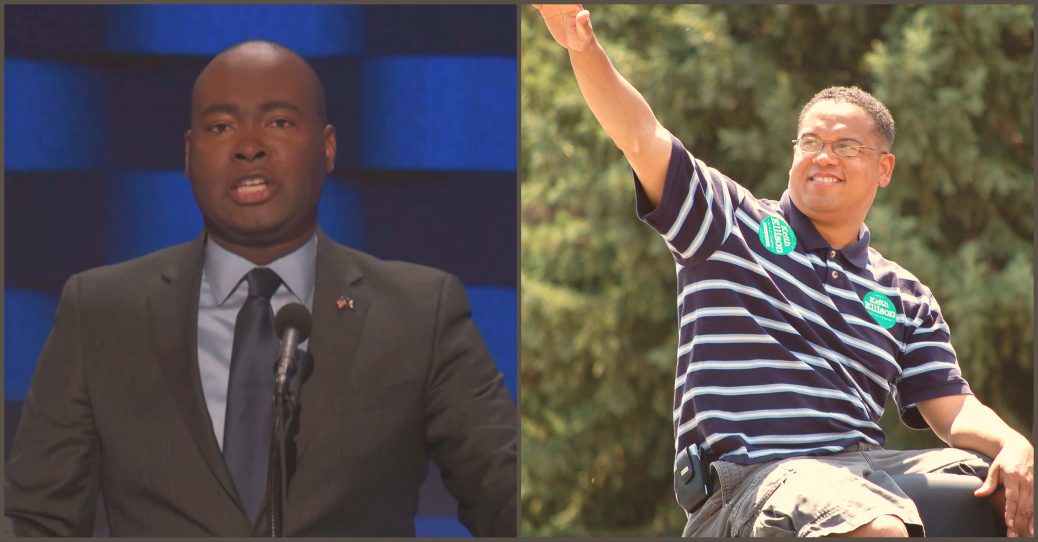 It’s always about race and color with the Democrat Party, isn’t it?

Wouldn’t the best choice for leading the DNC be a person who understands the issues and will fight for your team’s ideals and beliefs? Apparently, some Democrat leaders believe the person also has to have more melanin in their skin than the normal Democrat politician.

Symone Sanders, who used to be the spokesperson for the Bernie Sanders (no relation) campaign for President, recently appeared on CNN to explain why it’s totally cool when Democrats say racist things.

Symone Sanders seems to agree with Dean about Ellison’s shortcomings, but she’s still not sure who she will end up backing for the job. However, she is sure about one thing… whoever the next leader of the DNC is, they shouldn’t be WHITE.

Brianna Keilar: That’s right, Jaime Harrison, and their line is that Keith Ellison, who is more to the left than these other guys, that he, since he’s a sitting Congressman, since it appears he wouldn’t leave that position behind, Debbie Wasserman Schultz had wore the two hats. He’s saying, you know what, that doesn’t work wearing the two hats. Do you think that Is that a real criticism or do you think that that’s people trying to get some cover for not wanting someone who is so, so liberal to be at the helm of the party?

Symone Sanders: I think it’s a little of both. I definitely think it is difficult to win. You have a chair that is a sitting member of Congress, or has any other kind of job, has two sets of staff. There is DNC staff and then there’s office staff. Whenever you want to get something done quickly you just can’t go through the DNC staff you also have to go through whatever particular office staff. Look, I think Keith Ellison is great, I have worked with him. He is amazing, he is a fighter and he’s committed to the issues, but —

Symone Sanders: Howard Dean, you know, Howard Dean was there for the 50-state strategy, but here’s the issue: Howard Dean is also on record maligning young people and millennials. Telling those Bernie folks they just need to get in line and maligning Bernie Sanders. And that is not what we need. And in my opinion we don’t need white people leading the Democratic party right now. The Democratic party is diverse, and it should be reflected as so in leadership and throughout the staff, at the highest levels. From the vice chairs to the secretaries all the way down to the people working in the offices at the DNC. I think we need a robust discussion about this and I think we need to hear more from all the candidates. Jaime Harrison of South Carolina, he’s great, too. He’s done real party building, but everybody doesn’t necessarily know Jaime and they want to know what he stands for. So I want to hear more from everybody. I want to hear from the millennials and the brown folks.

Symone Sanders is the same woman who doesn’t seem to have any concern about the health and well being of white people getting beat up by rioters.