Democrat Leader says GOP Doesn’t “Give a Sh**” about You 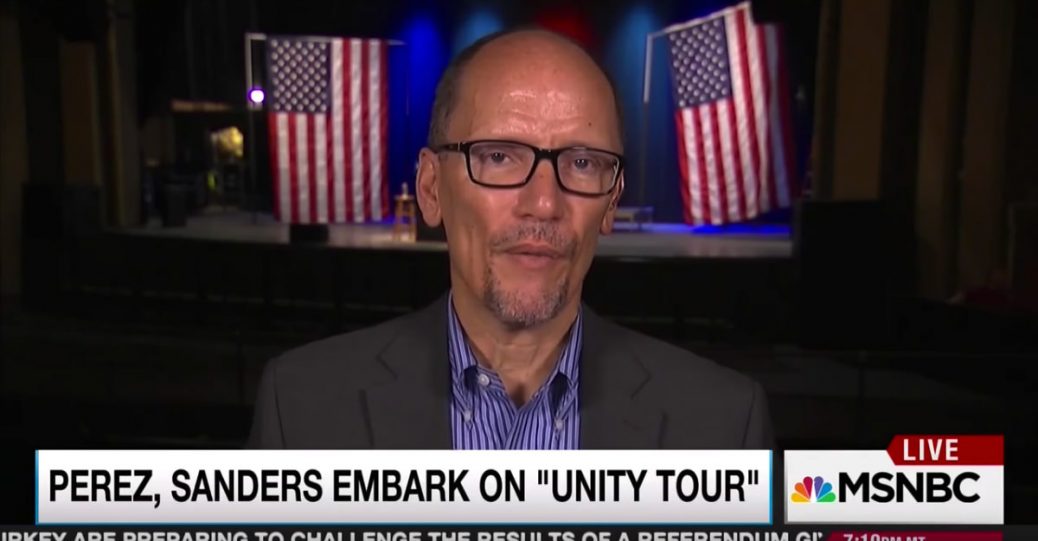 The Democrats newly minted leader, DNC Chair Tom Perez, is well known for his prolific use of foul language and for his equally hateful rhetoric. Both were recently on display during a Democrat “Unity Rally” in Portland, Maine.

While discussing Republican efforts to unravel the monstrosity that is Obamacare, Perez argued that the GOP doesn’t actually care about the American people. Perez must have forgotten that the House, Senate, and Presidency are all controlled by the GOP… mostly because voters agreed with them on Obamacare. Setting aside Perez’ obvious disdain for the voters and the Republican Party, we must remember that his disgusting commentary actually does represent a large portion of liberal voters.

Here’s what he said (carful, this speech isn’t for all ears):

I’ll tell you what I’d callit. I don’t care.

Because those Republican leaders and President Trump don’t give a shit about the people they were trying to hurt.

While you may be upset at Perez, take heart, the Democrats in Portland don’t seem to like him much either. They loudly booed the DNC leader when he was first introduced:

I only wish they would have kept booing until he left the stage.