Debbie Wasserman Schultz IT Scandal should be a Huge Story 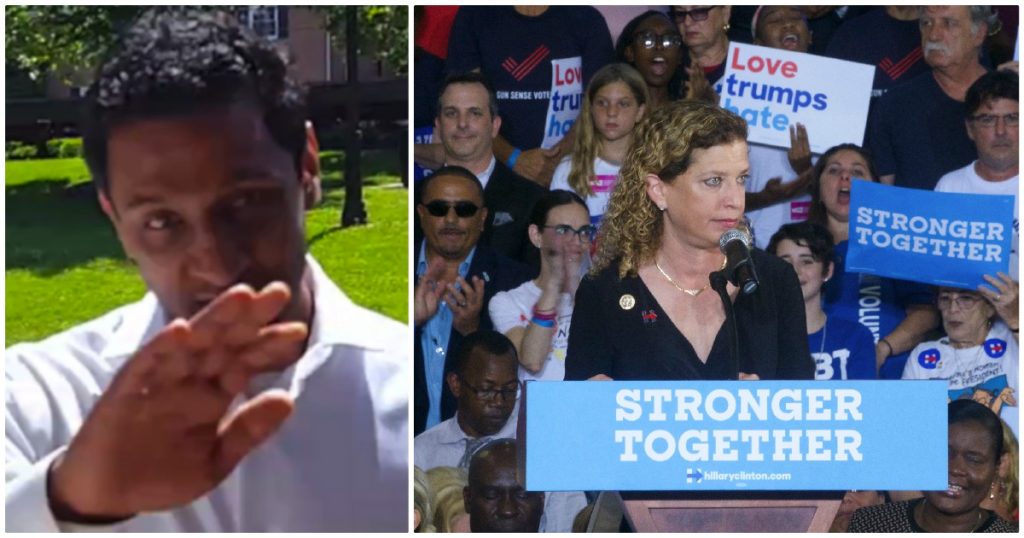 From bank fraud, to intelligence theft, to treason, and to possibly colluding with the Hillary Clinton campaign to steal the primary from socialist Bernie Sanders (I-VT), the scandal has everything… but the media barely seems to care.

Recently, Fox News’ Judge Andrew Napolitano explained that the crimes currently being covered up by the Democrats in this scandal are massive:

He was arrested at the last minute by the FBI who were notified by TSA that he was on a flight to Pakistan. He was arrested for some financial crime. That is the tip of the iceberg.

The real allegation against him he had access to the emails of every member of Congress and he sold what he found in there. What did he sell? And to whom did he sell it? That is what the FBI wants to know. This may be a very, very serious national security investigation…

At this point, I don’t believe they know what he sold and to whom he sold it but they do know what he had access to, which is virtually everything in the House of Representatives…

Which would include classified material from the House Intelligence Committee.

Elsewhere on Fox News, Tucker Carlson simply could not understand how Wasserman Schultz has avoided investigation to this point.

Well, an ethics group has filed a complaint against Florida Congresswoman Debbie Wasserman Schultz over her extended employment of a Pakistani I.T. worker, the one who was arrested recently and charged of bank fraud after trying to flee the country back to Pakistan.

The Foundation for Accountability and Civic Trust FACT, says Congress should launched an epic investigation of Wasserman Schultz, who kept Imran Awan on her payroll along with other members of his family. Even after he was banned from the House computer system because he was deemed a security risk.

The media’s lack of interest into the latest Democrat scandal is yet another example of media malpractice. It continues a long trend of abuse and speaks to the fecklessness of today’s media.