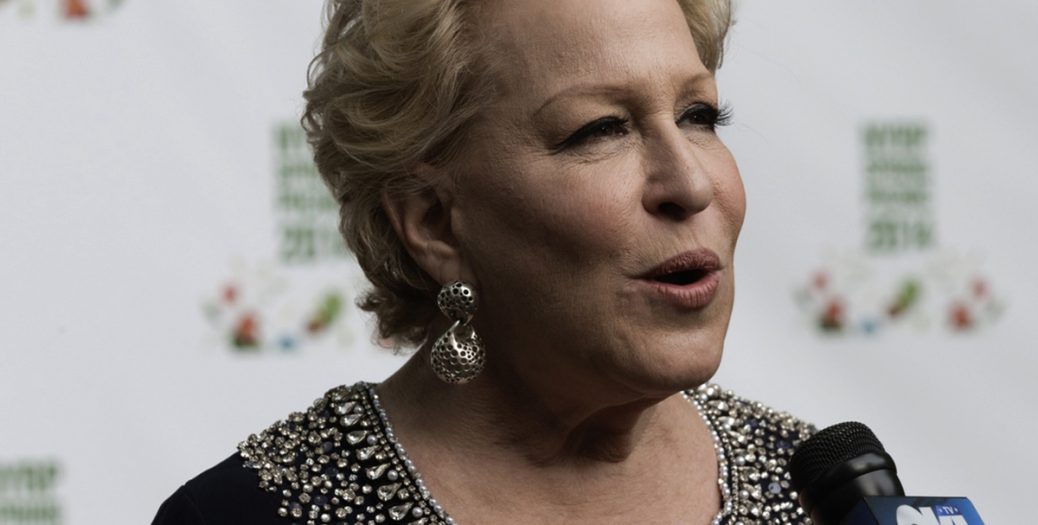 On Sunday, aged, has been actress and singer Bette Midler, who’s Hollywood career hasn’t been relevant for 20 years, went on a racist attack against Supreme Court Justice Clarence Thomas.

Midler jumped to her always hate-filled Twitter account to post a photo meme in which she made the effort to claim that Thomas is not a strong, intelligent, learned black man, but is instead just a fool controlled by his white wife.

Here’s what some of Midler’s commenter’s said:

“Garbage leftists will attack any black person who doesn’t lockstep with their ideology. These people are descendants of the same slave owners who rewarded their servants for being loyal to them, even though it kept them in chains. Bette Midler is no different”

“Seems Bette is a racist. Not even a closet one.”

“Jesus Christ the left continues to demonstrate their overt racism. The thought that a black man may have opinions different than them is inconceivable and must be explained by the greater intelligence of a manipulative white person. Big projection.”

“You’re not even attempting to hide your racism anymore.”

“How do they get away with such racism?”

“The same people who lecture us about denying black people agency. The fact that white liberals are at the forefront of these racist smears against Justice Thomas is quite telling.”

“You can be blatantly racist if you’re a Liberal, we get it.”

“So like, is racism totally acceptable if conducted by white Jewish women?”

“Gawd, Bette, this is seriously racist.”