The Curious Case of the Vanishing Bible 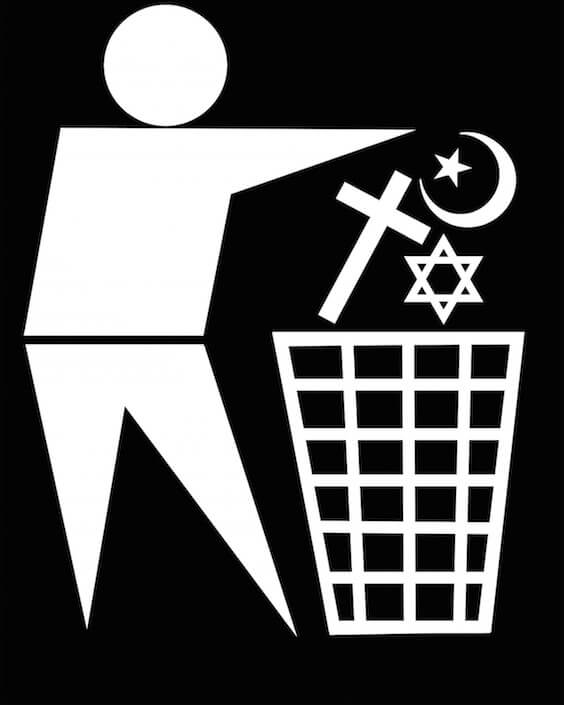 A group called the “Military Religious Freedom Foundation” is fighting to have all copies of the Bible removed from displays honoring U.S. POWs.
Barack Obama’s Department of Veterans Affairs has actually banned the Bible from three of these displays in VA hospitals. More will surely follow.
Veteran and Veteran Affairs memorials and establishments are losing the Word of God from their grounds. The military cannot show their belief in Jesus and God, while schools no longer state the Pledge of allegiance to “one nation under God”, and observe no 5 minutes of quiet prayer time every morning. The government is bullying Christians, like sisters just trying to serve their neighbors, and Churches from honoring God without the intrusion of government regulations.
Atheists think they can “chip away” at America’s Christian traditions and eventually ban every symbol and every mere mention of Christianity from our culture.
By screaming “discrimination” every time they even see a Bible, they believe they can drive Christians out of the public square and underground.
Americans of faith have an obligation to defend religious freedom. We are doing everything we can to defend that precious gift — now, and for generations to come.
We want the national media and the Obama administration to know that Christians and other Americans of good will don’t support this attempt to ban the Bible.
The atheist movement and its allies in the Obama administration believe they can intimidate Christian Americans. They believe that eventually if they can force us to give in to them enough, they’ll turn America into an atheist nation.
While atheists fight to remove God and Jesus, they open their arms for Muslims and want special time for them to pray towards Mecca, and foot baths in the school and public restrooms. Atheists want to include Sharia law within the guidelines of our Constitution, without even understanding that the Constitution is what made America special and great.
That’s why they are fighting so hard to ban the Bible from these important displays, and that’s why CCU started this national petition drive.
These people want to destroy Christianity by removing the Christian meaning of marriage, and to allow transgender people equal access, even though it may open the doors to perverts and molesters, and does very little for the actual LGBT people. They want children to be able to have abortions at 11, but the parents must give permission for aspirin at school. This is just another way to destroy the fabric of a Christian home to be replaced by immoral and unethical people to control our children, and to go from an open America to a Sharia-like country where women will be lessened, and children will be “TAKEN” literally at 10 and 11 for marriage to sick perverted weirdos.
Remember, these displays honor American heroes who were captured, tortured, and oftentimes killed by our nation’s enemies. The cross, the 10 Commandments, and the Word of God are symbols that give faith, healing, and hope to many injured soldiers, and their families during questionable, and scary times.
Where has my God gone? Nowhere, but where are the defenders of Christ, and are we all becoming Peter and denying Christ three times during the night of America’s trials and tribulations when we need Christ more than ever? How many have become Judas and which is traditionally said to have been an act of betrayal to Jesus and becoming betrayers in the word once again?
Christians can no longer sit back and wait, they must take up the Bible and bear their burden and take up their crosses and carry it to save America from total destruction. The military, our children, and our sick need God in their lives, and we have no right to hide his Majesty from their lives!!!
Tags: Bible Christianity government