Redefining Corruption in the Age of Donald Trump 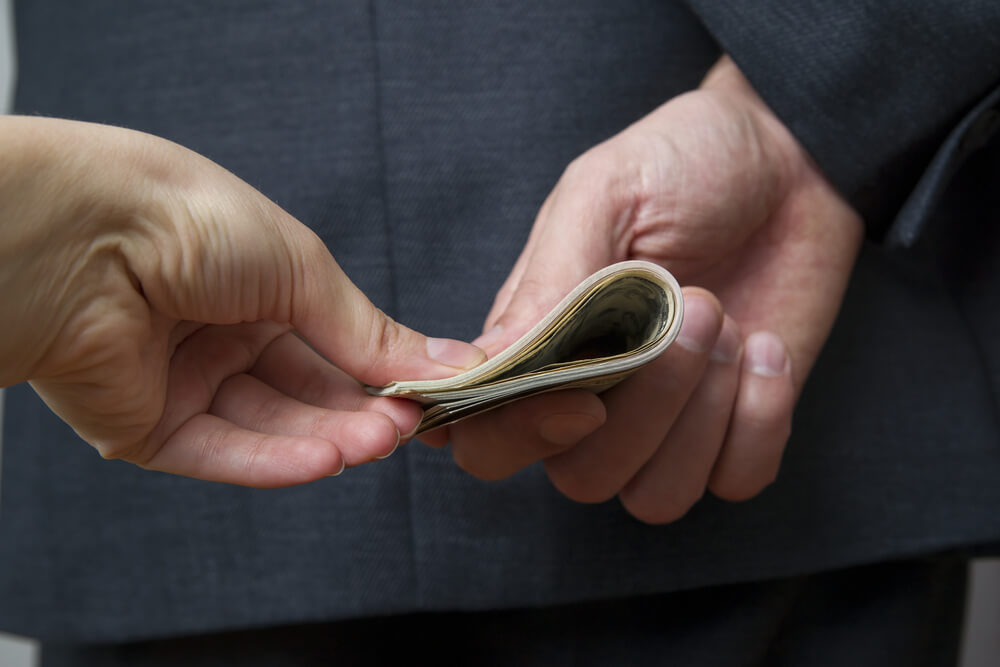 Donald Trump is in the midst of proving it is not the fact that you have shown morals, ethics, and integrity in words and deeds that defines one as incorruptible in the 21st century but instead that you can buy and sell a person 5 billion times over which makes you superhero that is “incorruptible”. Now the un-educated, the averagely educated and the highest of IQs should realize that if a person has a history of negativity, lies, or worse, then it is much harder to change, especially if you have bought your way out of the papers, and jail.

A hard working American, who works 12 or 14 hour days 5 or 6 days a week, comes home, mows the lawn, plays with the kids, and shows their spouse how much they love them, and stays married for 40 or 50 years without incident would generally be recognized as more incorruptible than one who is just the opposite.  A person who is in court on a regular basis, fined millions, accused of the most heinous of crimes, has been married 3 or more times and spends more times at social events usually is much more malleable, and have a tendency to be more corruptible, just by time availability in itself.

Donald J. Trump has been accused of spousal rape, or at minimum severe spousal abuse, illegal sexual advances on neighbors children, and misogyny to the highest level. This is corruption. Donald J. Trump has been accused of selling a fake university with announcements of grandeur if you invest in excess of $30,000.00. Those unsuspecting saps were only to discover it was nothing more than a money-making scheme that bilked Americans of over 41 million dollars.Donald J. Trump also was involved in a pyramid real estate scheme. Donald went on National television to have a veteran telethon instead of being part of a Fox debate. To this date, there is over 5 million dollars still without a home…I wonder what you would find if you looked in Donald’s own bank account.

But Donald espouses his great business aptitude and a winning attitude. I am sorry, but Dale Carnegie’s How to win Friends and Influence people has much greater success over the years than “The Art of the Deal”, and is taught by real Carnegie professors to small and medium businesses, for a few hundred dollars, and not thousands.

Candidates who bring a lifetime of fighting corruption brings zero credibility to the conversation while Donald J. Trump has women’s problems, Hispanic problems, millennial problems, conservative voter problems, veteran problems, GOP problems, and liberal problems and somehow is deemed “incorruptible”. At a time when Donald Trump is trying to gain the support of conservative leaders like Paul Ryan and when they are trying to see if they can unite behind him, the flaws in his candidacy are on full display.

On Friday, Trump had to address a report by the Washington Post that he posed as his own publicist, using a fake name, in speaking with reporters as he built his business empire in the 20th century and denied that it was his voice on a recording despite evidence to the contrary. We have yet to see his tax returns — which he says the public doesn’t have a right to see — and you never quite know when the next outrageous comment or event will happen. Whether it’s white nationalist sympathizers ending up as delegates or most recently, his longtime butler’s recently discovered racially violent rants on social media (which Trump’s campaign disavowed Thursday), the volatility of Trump’s candidacy is an ongoing liability.

Speaker Ryan finds himself stuck between a rock and a political hard place. Ryan didn’t ask to be put in this situation, just like he didn’t ask to be thrust into the speaker’s chair last fall, but he’s in it now. Trump and his surrogates have sounded the clarion call for party unity and to fall in line behind him. Based on what exactly? A wing and a prayer? What has Trump done to demonstrate his penchant for unity? His behavior thus far has been quite the opposite. Just days after becoming the presumptive nominee, Trump said on “Meet The Press” that he didn’t need party unity to win. That’s not exactly an olive branch.

Yes, Donald Trump won a plurality of GOP primary votes, but close to 60% of Republican voters did not support him prior to Cruz and Kasich dropping out. Not to mention Trump’s historic negatives among women and minorities — metrics that do not bode well for a Republican candidate heading into a general election.

In a normal election cycle, unification would be a no-brainer. But as we all know, there’s nothing normal about 2016. How are conservatives supposed to unify behind someone who we feel is not only unfit for the office of the presidency but doesn’t share our values either? This is not only a conundrum for many voters but potentially irreconcilable for even more.

After the much-anticipated meeting between Speaker Ryan and Trump in Washington, Ryan emphasized the importance of bridging the gap on “common core ” principles. No, not that “Common Core,” but the core conservative values that have been the glue that has kept it all together for the GOP for decades: limited government, individual liberty, and adherence to constitutional checks and balances on executive authority, to name a few.

Trump’s positions on all of those issues are relatively unknown and certainly absent from Trump’s free-flowing rants on the stump. Although Ryan’s comments seem to indicate he’s warily warming up to Trump, significant differences still remain.

Beyond Trump’s petulant temperament, character deficit and consistent dishonesty, his “flexibility” on a litany of policies from threatening to abandon our longtime partners in Europe, admiration for strongmen like Russian President Vladimir Putin, dangerous protectionism (reminiscent of Hoover’s disastrous policies of the 1920s) to tinkering with the party’s pro-life platform are anathema to the foundation of the GOP. Ryan’s hesitation to throw his full-throttled support behind Trump is legitimate and heartfelt. There’s more than just the political calculation here.

So the question still remains, does billions of dollars make you incorruptible, or does morals, ethics, integrity, and hard work make you less incorruptible? To date, Donald J. Trump has proven the amount you have in the bank does not mean you are less corruptible.