Control both Hillary and Trump – Elect Republicans Down Ballot! 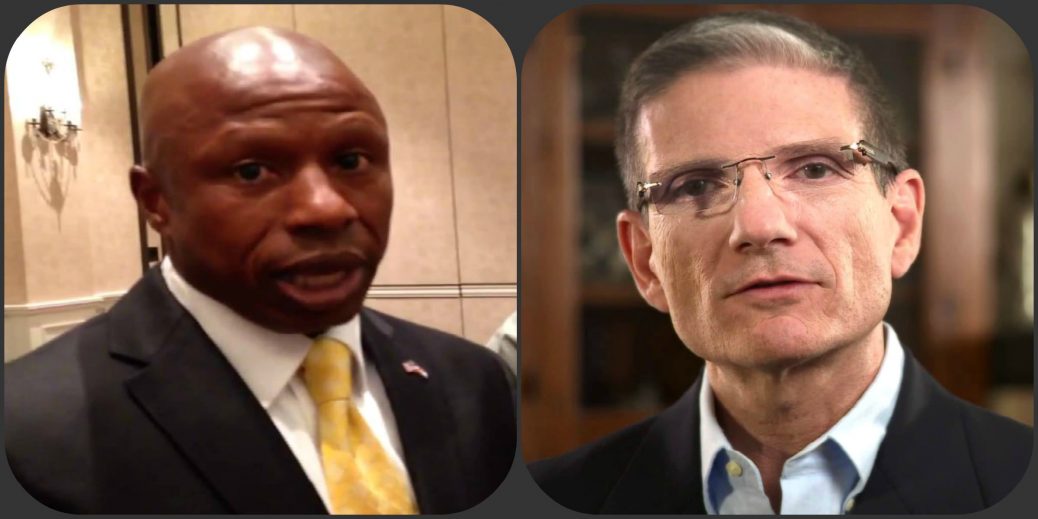 Don’t trust Hillary? Question Trump’s experience and temperament? Vote Republican down ticket. A Republican congress should try to hold Hillary accountable. Even though Trump beat the establishment in the primaries and the Democrats when he beats Hillary, they still control congress.
Hillary might try and work with congress, but expect rule by executive order If Trump is the deal maker he says he is, he will work with congress. The combined establishment will have the power to over ride a veto. Even the RINO Republican is more conservative than most Democrats. The senate could be greatly different without Harry Reid. Elect Heck and Glenn.

Give the Republicans two years. The senate can change without Harry Reid. When we have the dollar and economic crash, would we want Hillary and a Democratic senate? The crash could come between now and January 20, 2017. We don’t know what deals Hillary has made through the Clinton Foundation, to bring in all the donations. The swamp that put Hillary above the law has to be drained. All the information released by WikiLeaks and VERITAS can’t be confirmed or denied, before Nov. 8

I still prefer Trump, but Bill Clinton had a Republican congress. Hillary is not Bill and many conditions have changed. Congress will have to start acting like a legislative body and do their work, no more rubber stamping. Our national debt is to the point that spending has to be controlled. Raising taxes and debt can no longer be allowed, just so everyone gets what they want. No more compromise for greater debt. Begets have to have more checks and balance. No more dripping large sums of money to places like Iran, or any cause. There has to be internal audits to see that money is spent as defined by law.

There needs to be more respect between members of Congress, because each member was duly elected. Some of them represent areas that our concrete jungles, of a few miles’ square. Others cover areas larger and with more differences. There are too few in congress with Bachelor of Science degrees, little math. The number of economist and business owners is low.

Congress will still have to deal with the issues. Many people say that the country is headed in the wrong direction. Do you feel safer and more secure than eight years ago? Are you better off? After years of decline in violence, we have increases where the gun laws are the strongest. Gun Free Zones have become death zones.

The millennials provide a good review of the past fifty years. They are becoming more socialistic because they are buried in student loan debt and not enough jobs are being created. Education has been changed through attrition and policy changes. Prayer and Bible reading has been kicked out of the schools. History has been rewritten to be politically correct. Cronyism has ruined capitalism. The idea that everyone needs a four-year degree or more has been pushed. No room for trade and v0-tech schools. ‘No Child Left Behind” a plan basically written by Ted Kennedy dumbed the students down to be equal instead of raising them. More money is spent on remedial courses in college. “Common Core” appears to be more indoctrination than teaching. Civics and how to be civil has been dropped from most curriculums Bilingual education is being taught in two languages, not replacing English.

Many millennial see the hypocrisy.