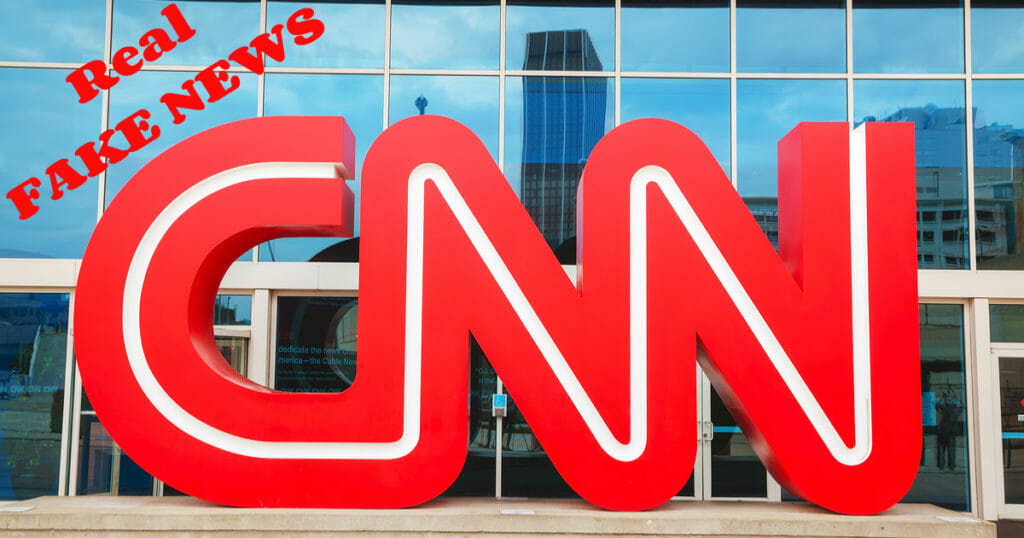 CNN’s 30-second video has sent the left in America into a meltdown. Of course, I’m referring to the video of the kindly old Native

American man gently tapping on his drum while white oppressors stood mocking him.

Unfortunately for the liars on the left, and the poor saps who believe what they see and hear in the mainstream media, this incident is not even remotely close to what really occurred. CNN took a 30-second segment completely out context by lifting it from at least a full hour of video coverage.

Thanks to the research done by Glenn Becks crack staff at the Blaze, allow me to explain what actually took place.

The truth is that well before the CNN incident, the video caught a group called the Black Hebrew Israelites (BHI) verbally harassing and abusing another group, the Indigenous People’s March, who were in Washington D.C. to protest stolen Indian lands and of course, no borders. We may not agree, but they every right to protest.

The boys, from Covington Catholic High School in Kentucky, just happened to be there on their annual class field trip, which the school has been doing for the past 10 years.

In the full-length, unedited video, BHI was seen screaming that the Indians were not savages, “before you started worshipping totem poles … before you became an idol worshipper … you’re not supposed to worship eagles, buffalo – all types of animals. This is the reason why the Lord took your land away.”

Despite the provocations, the Indians still attempted to be congenial to the BHI. And in this portion of the video, the Covington Boys were nowhere to be found.

Later, the video shows the BHI turning their attention from the Indians to some Covington boys who had gathered nearby, curious as to what was transpiring. Upon noticing the boys, who were all white, the BHI began hurling insults, such as, “little corny-ass billionaires, little corny-ass Billy-Bobs. Tell-um, come over here to the Lion’s den … you little dirty-ass crackers … you’re day comin … you’re day comin.”

See any of this on CNN? Me either.

Meanwhile, some of the Indians had had enough of the BHI insults and began shouting back. But at this point, BHI attempted to redirect the Indian’s anger away from them and toward the Covington boys.

BHI shouted at the Indians, questioning why they weren’t demonstrating against the white boys. The BHI leader then answered his own question by saying: “because you’re an Uncle Tomahawk.”

“Why don’t you crack the head of that peckerwood with the make America Great Again hat?”

Didn’t see any coverage in the mainstream media, did we? If Beck obtained the video, I guarantee CNN had it in its entirety. But yet they only aired a short clip. Huh.

Meanwhile, the entire Covington class began gathering nearby to wait for their bus.

In an effort to help the Indians, the Covington boys began to chant. This chant had two purposes. First, it was a 10-year tradition to do the school chant at the close of the trip and second, to help drown out the horrible slurs by the BHI toward the Indian marchers.

Phillips is seen separating himself from his people, walking past the BHI dirtbags and into the crowd of Covington boys. At this point, it must be assumed the boys thought Nathan was coming to stand in solidarity against the BHI.

The boys were wrong. What they didn’t know is that Phillips is now and has been for 30 years, a radical leftist agitator. He is not a harmless Native American. Phillips has repeated lied interviews about the incident and even claimed that he heard the boys chanting, “Build that Wall,” despite zero audio or video evidence.

And this is where the blatantly dishonest CNN coverage began. There is no context, no back story of how the Covington boys came to the Indians’ aid. CNN purposely and maliciously chose their anti-Trump agenda over the truth and now the Covington boys and their families are suffering for it.

The school had to close temporarily due to public backlash, and there are even reports of people calling into parents’ places of employment, demanding they be fired for raising such ne’er-do-wells.

If anything like this, or worse should happen to these boys, their school or families, CNN should be held liable for damages. They are the lowest of the low.