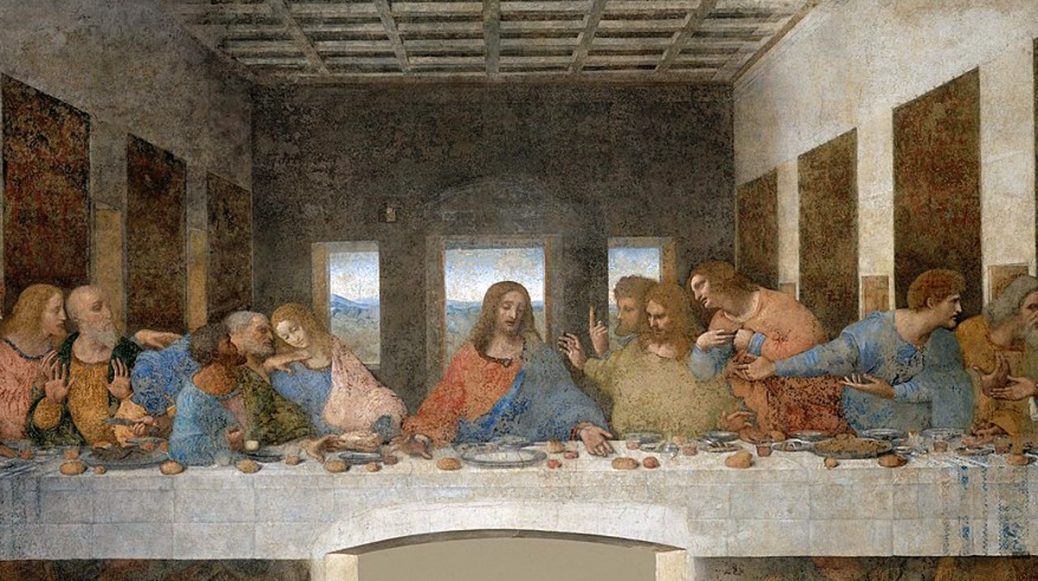 Just a month ago they threw cake at the “Mona Lisa” (thankfully the painting had a glass protector). Now the climate crazies have glued themselves to a 500-year-old copy of da Vinci’s “The Last Supper.” Painted by a student of Do they hate Leonardo da Vinci or do they lack respect for the world’s greatest art treasures?

Where once we picketed and marched, the proponents of the climate change hypothesis have resorted to literal terrorism at times But there is also a turn toward the bizarre occurring at the moment, particularly among climate activists.

Climate activists with the organization Just Stop Oil are continuing their recent trend of demonstrators gluing their hands to major pieces of art in an effort to stop new fossil fuel projects.

Lucy Porter, Jessica Agar, and Tristan Strange — all identified in a press release put out by Just Stop Oil — glued themselves to the Leonardo Da Vinci’s Last Supper this week after spray painting on the wall of London’s Royal Academy: “no new oil.”

The pair had prepared a speech, complete with lazy religious references.

In comments in front of onlookers and cameras, Strange said any new “oil expansion” is a “death sentence” for younger generations” as his hand was glued to Da Vinci’s painting.

Strange referred to the government as a “climate Judas.”

“Our future is bleaker than ever and still our leaders are lying to us. We have a government which has essentially become a climate Judas. It has betrayed the younger generations,” Strange said.

Video of the incident can be seen below:

Ironically, these crazies are trying to destroy artwork for an unproven hypothesis.’ There has NEVER been a real-world study proving climate change. Every climate change prediction has been made using computer models. There is no way for the model designers to understand all the factors influencing Earth’s climate. Those models claim the climate changes because of the amount of CO2 in the atmosphere.

Per ‘Green Fraud: Why The Green New Deal Is Even Worse Than You Think’ by Marc Morano

The arguments put forth by the global warming advocates grossly distort the true facts on a host of issues, ranging from rising sea levels and record temperatures to melting polar caps and disappearing polar bears.

In fact, there is no “climate crisis” or “climate emergency.” Marc writes in Climate Depot, the number one Climate website:

‘Scientists note that geologically speaking, the Earth is currently in a ‘CO2 famine‘ and that the geologic record reveals that ice ages have occurred when CO2 was at 2000 ppm to as high as 8000 ppm. In addition, peer-reviewed studies have documented that there have been temperatures similar to the present day on Earth when carbon dioxide was up to twenty times higher than today’s levels [421 ppm]

The attempts to blame climate change to Leonardo Da Vinci or the rest of mankind is are bogus. There is no way for the model designers to understand all the factors influencing Earth’s climate. By basing their predictions on computer models which means they are ignoring what’s really happening. It’s as if they are saying it’s raining outside without looking out the window to see if it’s really happening. That’s why the climate change predictions are usually wrong.

Using real scientific evidence the climate change crazies are trying to destroy great works of art for nothing.

Some of this post was first seen at Flag and Cross